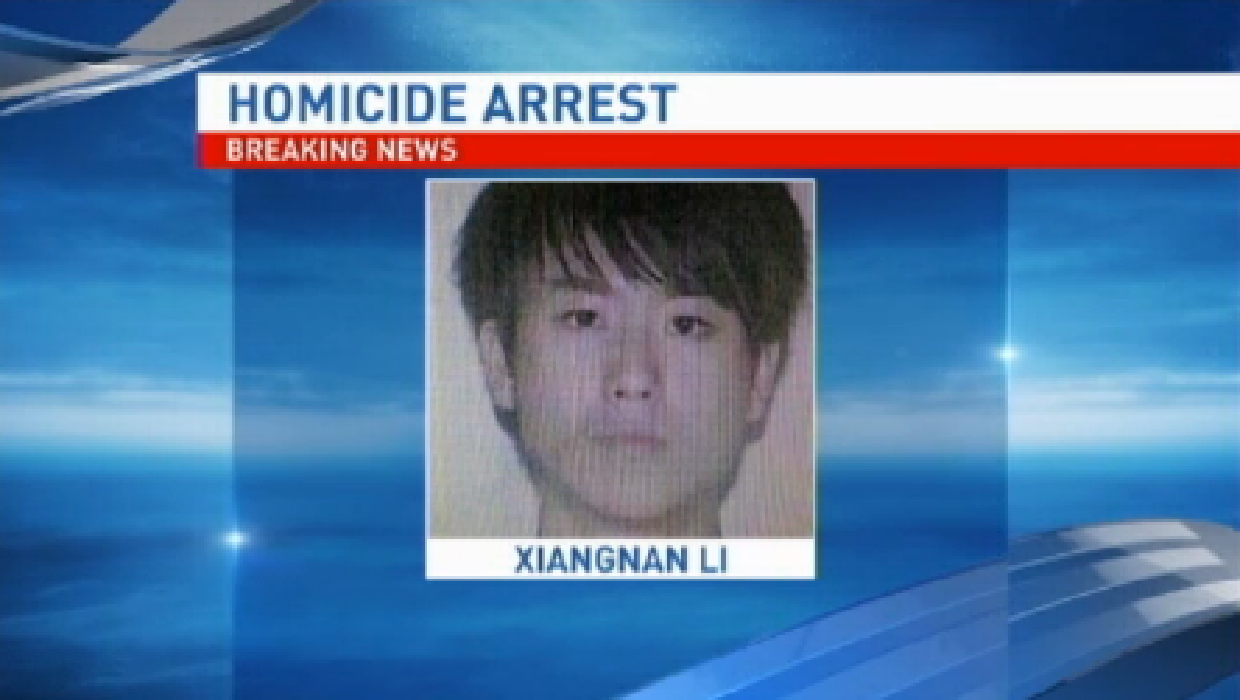 IOWA CITY, Iowa - Chinese authorities have arrested a former University of Iowa student in southeastern China and say they will prosecute him in the killing of his girlfriend, whose body was found stuffed into the truck of her car in Iowa, police said.

An Iowa City police news release issued Monday said Li Xiangnan, 23, surrendered to police in Wenzhou on May 13 and was arrested on June 19 to face a charge of intentional homicide.

Li had returned to China following the slaying of Shao Tong, a 20-year-old Chinese national whose body was found Sept. 26. An autopsy said she'd been asphyxiated, and authorities said she had been killed after a weekend with Li at a motel. Shao was reported missing on Sept. 17. She was an international student at Iowa State University.

Johnson County Attorney Janet Lyness told The Des Moines Register that Iowa authorities want Li to be returned to the U.S. for trial, but the United States and China don't have an extradition treaty.

"That's the only way we could have him prosecuted - to have the Chinese do it themselves," Lyness said.

The Criminal Investigation Bureau of China said that under Chinese criminal law, Chinese citizens are subject to Chinese prosecution for any crimes they commit abroad. The range of punishments in China for intentional homicide includes the death penalty, life imprisonment and imprisonment over 10 years.

Iowa authorities had said Li was a person of interest in the investigation, but he returned to China before he could be questioned.

China's Ministry of Public Security said Monday that Chinese detectives had traveled to Iowa in early June, after Li's surrender, to collect evidence, check the crime scene and question witnesses.

U.S. police also handed over evidence to the Chinese team, the ministry said in a statement.