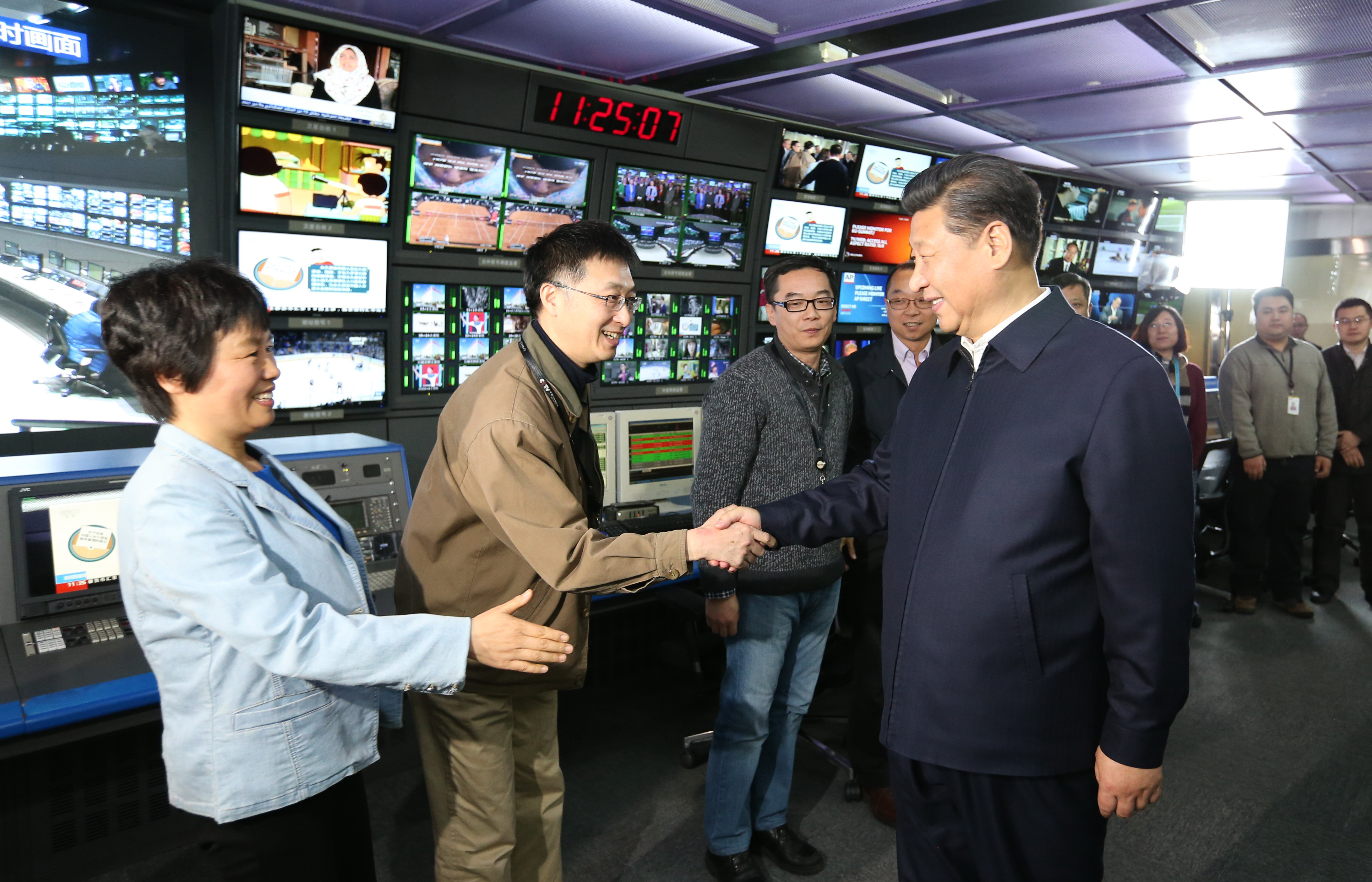 BEIJING -- Chinese President Xi Jinping made a rare, high-profile tour of the country's top three state-run media outlets Friday, telling editors and reporters they must pledge absolute loyalty to the party and closely follow its leadership in "thought, politics and action."

The remarks by Xi, also head of the ruling Communist Party, are the latest sign of the party's increasingly tighter control over all media and Xi's unceasing efforts to consolidate his powers.

Xi overshadowed the party's propaganda chief, Liu Yunshan, who accompanied him on his visits to the newsrooms of the party newspaper People's Daily, the official Xinhua News Agency and state broadcaster China Central Television.

At CCTV, Xi was welcomed by a placard pledging loyalty to the party. "The central television's family name is the party," the sign read, anticipating remarks made by Xi at a later meeting.

"The media run by the party and the government are the propaganda fronts and must have the party as their family name," Xi told the propaganda workers at the meeting during which he demanded absolute loyalty from state media.

Willy Lam, an expert on elite Chinese politics at the Chinese University of Hong Kong, said Xi is raising standards for the state media by requiring that they obey the will of the party's core leadership, which is increasingly defined by Xi himself in another sign of how he has accrued more personal authority than either of his last two predecessors.

"This is a very heavy-handed ideological campaign to drive home the point of total loyalty to the party core," Lam said. "On one hand, Xi's influence and power are now unchallenged, but on the other hand, there is a palpable degree of insecurity."

Lam said Xi faces lurking challenges not only from within different party factions but also from among a disaffected public, grown unhappy with the slowing economy and a recent stock market meltdown.

Zhang Lifan, a Beijing-based independent historian and political observer, said the tour of state media added further to Xi's burgeoning personality cult. "I am afraid we will see more personal deification in the media in the future," Zhang said. "I think Xi is declaring his sovereignty over the state media to say who's really in charge."