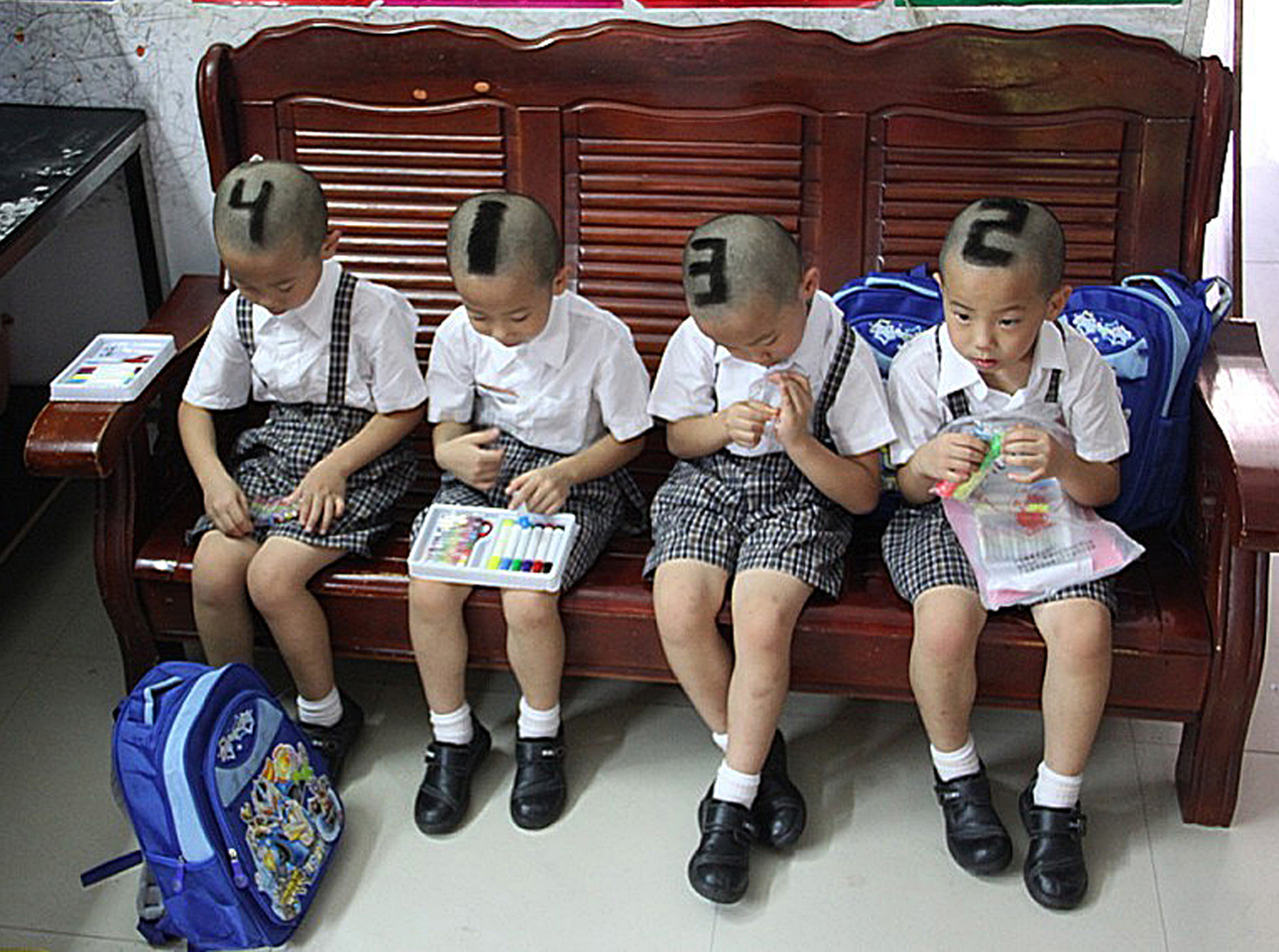 (CBS News) A Chinese mother who worried people wouldn't be able to differentiate between their quadruplet sons have shaved numbers on to their heads.

Tan Chaoyun told Chinese site NOW News the haircuts she got for her four six-year-old sons are helping avoid a lot of confusion among teachers at their local primary school, peers and even her and her husband.

"They are identical, even to me," she said, as translated by MSN. The only difference between the four brothers is the shape of their eyelids, she said.

It was also difficult for Tan's husband to differentiate between the boys. "Sometimes he would punish the second one for the third one's mistake," she told the Chinese news site.

When they were still babies, Tan and her husband used ankle bracelets to tell them apart. After much thought, Tam said she needed to take a much more drastic step to identify them as they started their first day at school.

Tan told NOW News that the numerical hairstyles are a huge success and the teachers are at ease.