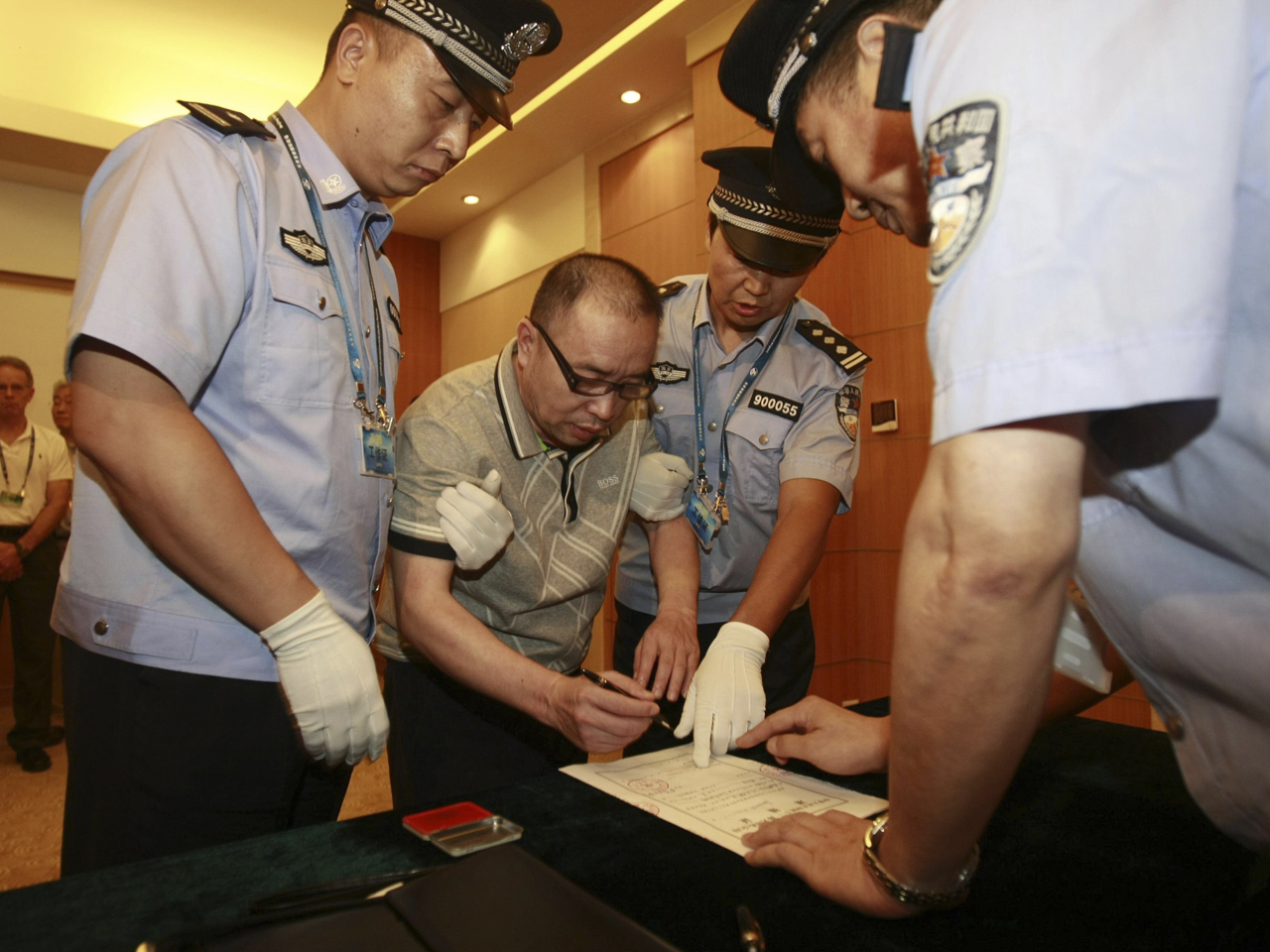 (AP) BEIJING - The man once considered China's most-wanted fugitive was sentenced to life in prison for smuggling and bribery in a lurid corruption case that reached into the highest echelons of the Communist Party and involved a decade-long extradition fight.

The official Xinhua News Agency reported that Lai Changxing was convicted and sentenced Friday morning by the Intermediate People's Court in Xiamen, the port city which was his base. On top of the life sentence for smuggling and a concurrent 15-year sentence for bribery, the court ordered all of Lai's personal property seized, Xinhua said.

The sentencing marked an end for what a decade ago had been one of China's biggest political scandals. From Xiamen and through his company the Yuanhua Group, Lai ran an extensive smuggling network, using the amassed fortune to cultivate powerful political protectors. Tainted in the scandal were a deputy police minister, who was later given a suspended death sentence, and the one-time provincial party secretary who was politically untouched and became a member of the party's ruling Politburo.

Lai's network smuggled everything from cigarettes and cars to oil and textiles. The court's verdict said the operation totaled $3.3 billion, evaded $1.7 billion in duties and other taxes and bribed 64 officials between 1996 and 1999, Xinhua reported.

The main office of the Xiamen court referred calls to its publicity department where the telephone rang unanswered.

After a broad corruption and anti-smuggling investigation unmasked Lai's operation, he managed to flee the country, tipped off by local officials, and eventually reached Canada in 1999. He then became the focus of a 12-year extradition battle — with Chinese leaders often worried that Lai might implicate senior officials in public comments — until he was deported last year.

In the heyday of his power, Lai lived a life of luxury in China complete with a bulletproof Mercedes Benz. He is alleged to have run a mansion in which he plied officials with liquor and prostitutes.

At one point, state TV splashed pictures of the network's allegedly ill-gotten gains: a tiger skin rug laid out on a conference table, confiscated cars belonging to corrupt bureaucrats, a sack of gold rings, and a picture of a young woman, said to be a lover kept for one official by Lai.

Scores of officials and executives involved have been imprisoned and at least two executed over the scandal. Aside from the deputy police minister, 10 others, from Xiamen's deputy mayor to the city's customs chief were given life sentences or had their death sentences commuted to life.

Also ensnared in the scandal was the wife of Jia Qinglin, the Fujian province party secretary until 1996 and then the party chief of Beijing and an ally of Chinese President Jiang Zemin. Politically connected Chinese said Jiang protected Jia, ordering investigators to curtail the probe.

After Lai fled to Canada, Jiang sent a diplomatic note in 2001 to then Prime Minister Jean Chretien, assuring Canadian authorities Lai would not be executed if returned — a key Canadian demand.

Still, Lai fought extradition until July when a federal court in Vancouver ruled Lai should not be considered a refugee and upheld his deportation.