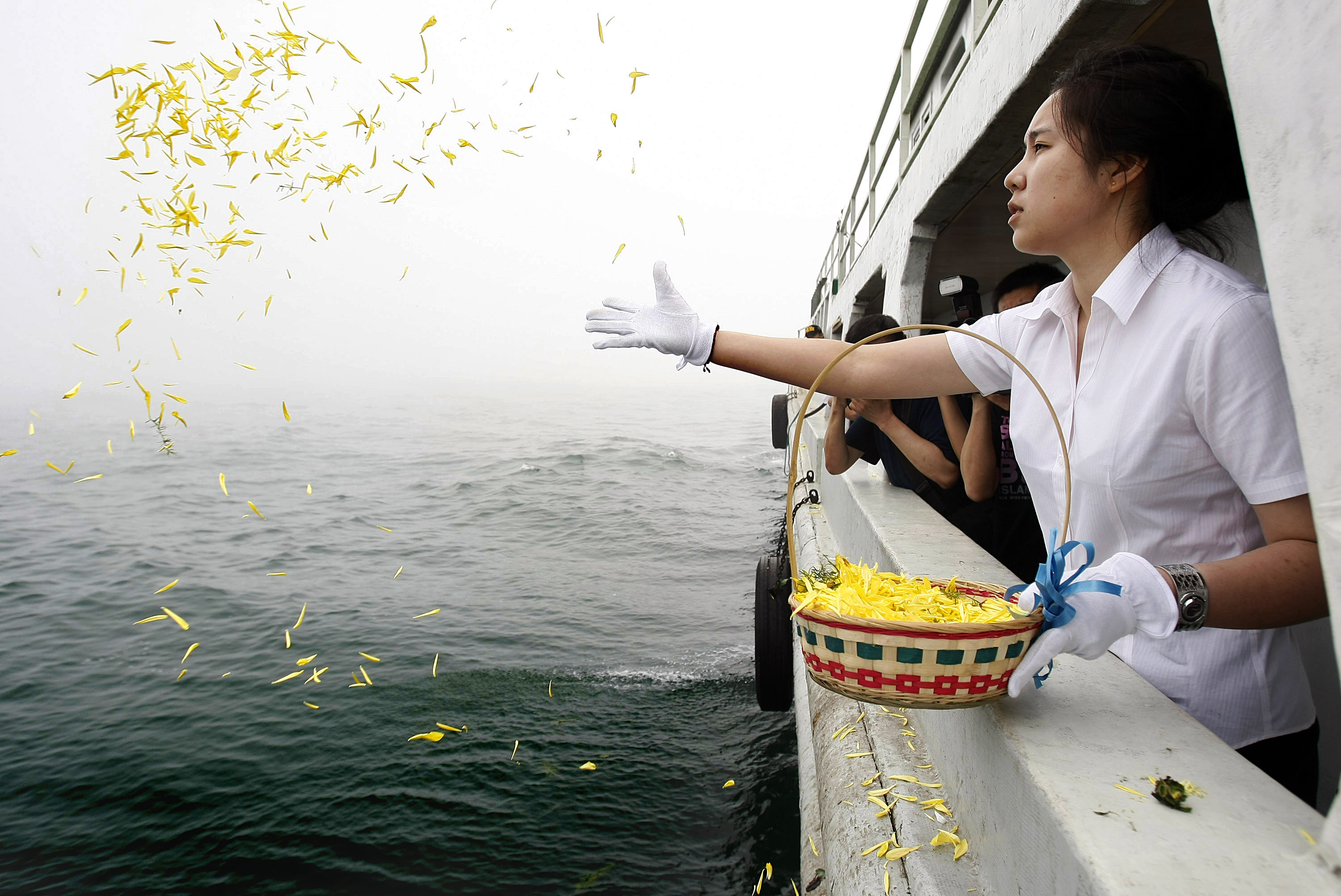 CHINA China is facing a challenging dilemma. The space-starved nation is running out of land for burying the dead and consequently the price of cemetery plots is on the rise.

Now Chinese officials are stepping up efforts to encourage people to choose a watery grave.

Several cities are offering cash incentives for sea burials, from $160 in Guangzhou, to $800 in Shaoxing and a hefty $1,290 in Wenzhou.

Shanghai has recently increased its subsidy from $65 to $320.

There are also all-expenses-paid cruises for people who want to scatter their loved ones' ashes at sea, reports The Washington Post.

The new push for burial at sea coincides with this week's Qingming Festival - or 'Tomb Sweeping Day' -- when Chinese families take a day to care for their ancestors' graves.

The issue will not go away. China has a population of more than 1.35 billion and a government report issued last week predicts the number of people who will die annually will reach 20 million by 2025. Most provinces will run out of burial room in the next decade, according to report.

But it is uncertain whether Chinese will opt for burial at sea in great numbers.

The government's sea burial schemes have not been successful so far. Since Guangzhou announced its $160 subsidy this year, less than 20 people have signed up.

"It's not wrong to subsidize sea burials ... but saving land shouldn't be the deciding factor for how someone chooses to be buried," he told the Post.

"China's land belongs to all Chinese. Why shouldn't they get one square meter to lay down in when they die?"