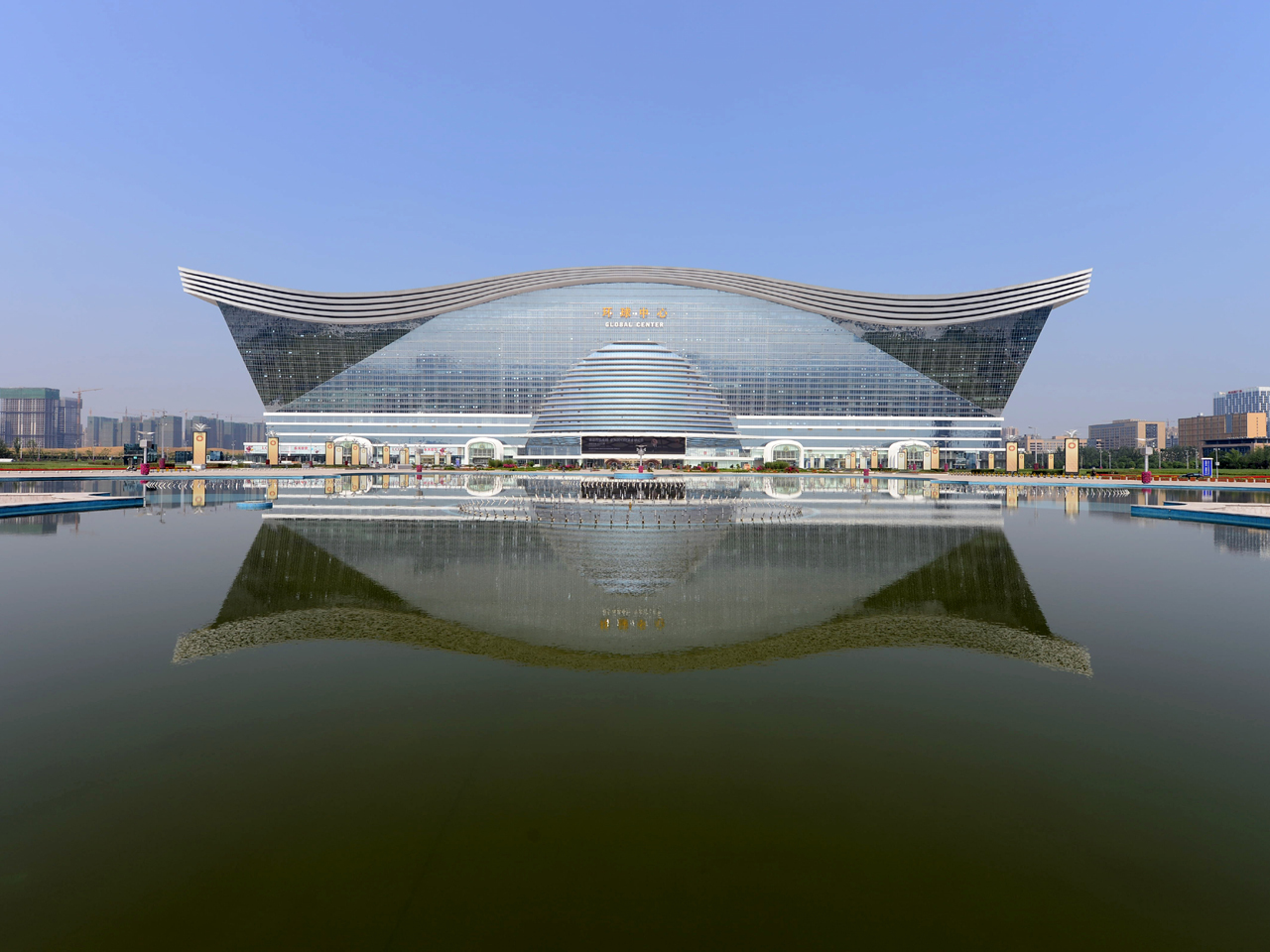 (CBS News) In a country with skylines that dazzle, from Hong Kong to Shanghai, the city of Chengdu (the nation's fourth-largest, population 14 million) is making its mark with the New Century Global Center -- the world's largest stand-alone building.

It's not that tall, but everything about it is big.

People pose for pictures inside as if it's a monument, not a mall, though this much marble would put many monuments to shame.

When you measure it by floor space area, it beats every other building in the world.

It's big enough to hold 20 Sydney Opera Houses, or three Pentagons. The building is so big, about 329 football fields could fit inside.

When we visited, workers were still putting on the finishing touches. But the private developer's plans include a hotel, an Imax theater and an aquarium, as well as an elaborate water park, and even a beach with nearly a thousand feet of coastline.

Beachgoers can view an oceanscape on-screen courtesy of a giant LED screen. How giant? It's about 150 meters wide, nearly twice as long as the Statue of Liberty is high.

A glass bridge hangs five stories up, with a sign: "Not for people with heart conditions . . . or women in skirts."

Some of the 150-plus stores have already opened, but many visitors seemed more drawn by the spectacle.

Liu Jia Ling told Doane, "I feel so proud that my hometown has a building like this."

Architects said that, in China, building "big" is a sign of success and achievement.

When asked what he might say to Americans who think the New Century Global Center might be TOO big, Yang Yi replied, "Welcome to China!"

U.S. woman says she was beaten, left for dead at Dominican resort