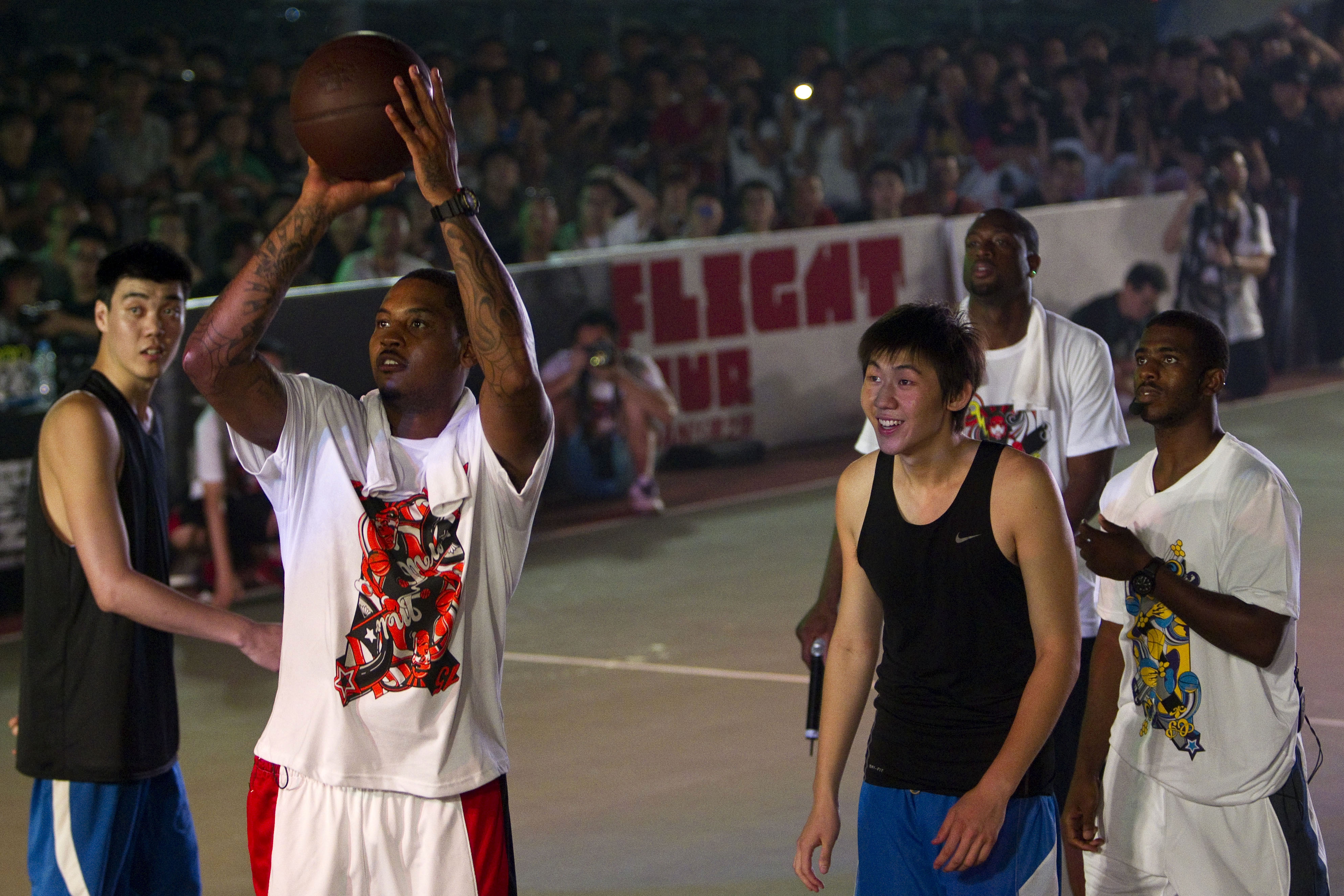 BEIJING - The Chinese Basketball Association will restrict contracted NBA players from playing for domestic teams in the event the season is canceled, but will still allow free agents, state media reported Friday.

The CBA would bar players under contract such as Carmelo Anthony and Chris Paul. They and others had expressed interest in playing in China if the NBA lockout drags on and results in the cancellation of all or part of the 2011-12 season.

The CBA said it will welcome free agent NBA players, but will require them to play an entire season in China, the Xinhua News Agency reported.

Xinhua said more restrictions would be announced before the start of the Chinese season on Nov. 20. It reported contracts would be designed to discourage players from ducking out for dubious reasons such as suspect injuries or unverified family problems at home.

CBA officials could not immediately be reached for comment.

Dwight Howard, Dwyane Wade, Carmelo Anthony and Chris Paul have all gone on the record about possibly playing in China if the lockout persists.

Locked out NBA stars "open" to playing in China

Meanwhile, the Chinese team that got into a nasty brawl with Georgetown University players in an exhibition game went to the Beijing airport Friday to reconcile with them.