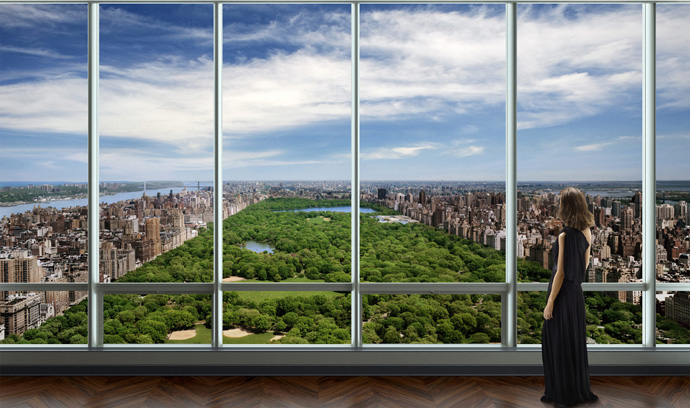 BEIJING China's rapidly growing upper class often sends its kids overseas to earn a college degree from one of the prestigious universities of the U.S. or Europe. One mother's move to secure decent accommodation for her daughter's college years has set Chinese tongues wagging.

The woman, who has not been identified, reportedly dropped $6.5 million on a condo in Manhattan which hasn't even been built yet for her daughter to live in while she studies.

According to a top executive from the real estate agency which sold it to her, the intended future inhabitant was just two years old at the time of the transaction.

"She said, well, her daughter was going to go to Columbia, or NYU or maybe Harvard, and so she needed to be in the center of the city and that was why she was picking this one particular apartment," Kevin Brown, Senior Vice President for Sotheby's International Realty, told China's CCTV News this week.

He said he was shocked when the woman then told him she was buying the condo in the exclusive "One57" development for her daughter, who was still a toddler.

The value of the condo is about six-times higher than a similar piece of real estate in Beijing, but while the mystery buyer's extreme foresight might be an extreme example, but the concept is a familiar one in China.

"What is more interesting is that two years ago, it was only 15 percent," he explained, "and before that it was five percent... Most Chinese want to be by Central Park, but they are not interested in the park view. They want a southern exposure."

Many Chinese believe south-facing rooms, which generally get better sunlight, can bring luck in both personal and professional life.

It seems to be working already for the Sotheby's client -- according to Brown, less than two years after her purchase at One57, the condo's value has already shot up to $8.9 million.