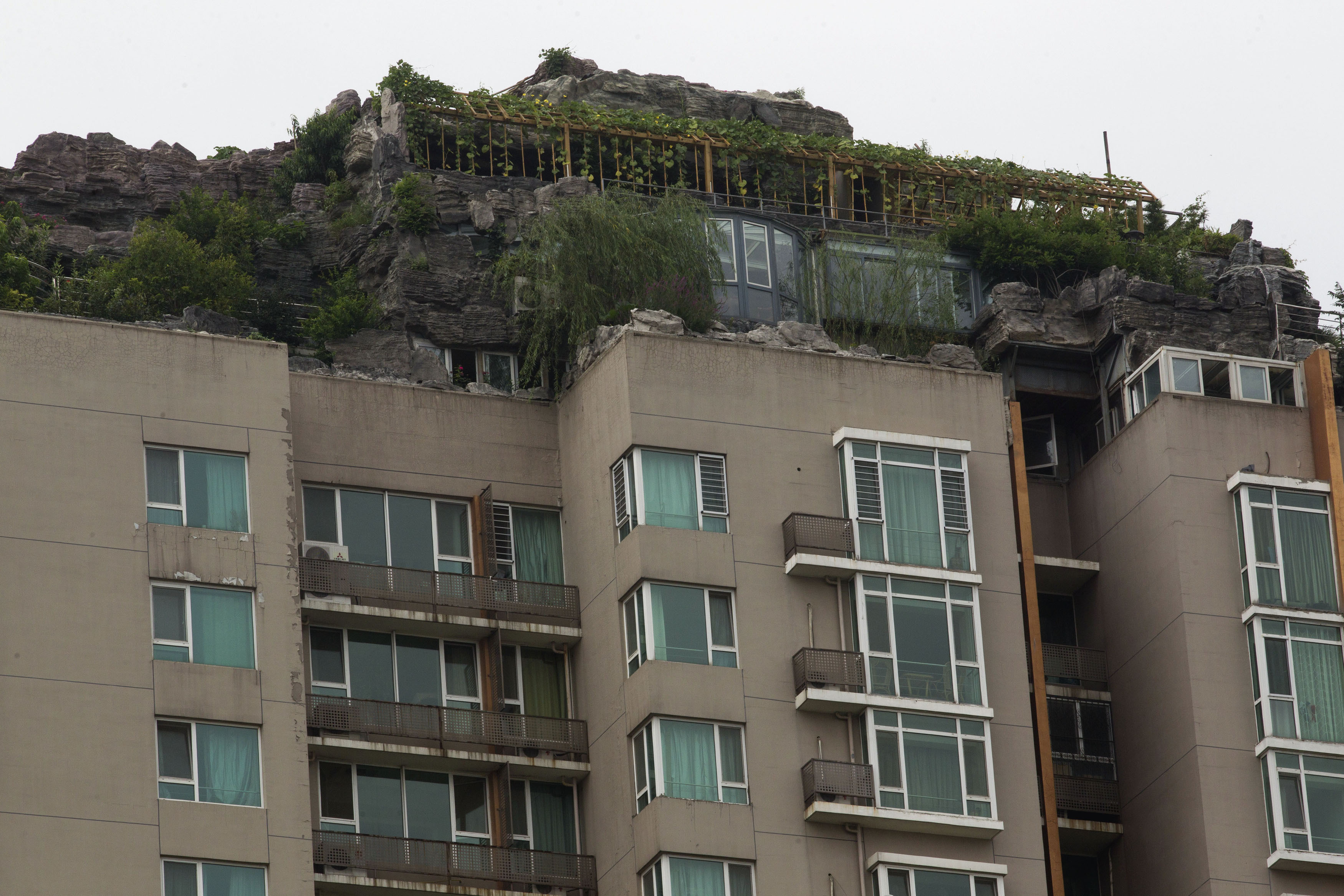 It must have been good while it lasted.

A traditional medicine mogul in China who spent a chunk of his fortune converting the roof of a 26-storey Beijing apartment building into a faux-mountain-top villa, complete with ornate gardens (albeit made with fake rocks), has begun dismantling his masterpiece under orders from on high.

The story gained international traction earlier this week when it emerged the businessman, identified as millionaire Zhang Biqing, had been ordered by the local government to tear down the elaborate structure because it was, quite simply, illegal.

More remarkable than the fact that he built the sprawling complex atop his already-ample penthouse suite overlooking Beijing, at least to his neighbors, is the fact that it took years for the authorities to take action against it.

"It is an illegal construction built in a public space and without permission from the government," local resident Yuan Pingzhang, 76, told Reuters as he watched workers remove some of the flora and building materials from the villa in the clouds on Friday. "The illegal construction should be dismantled, because it harms the interests of the other residents."

When CBS News correspondent Seth Doane tried to reach the villa's owner at home earlier this week, he found a letter pasted to the door dated August 12. It said he must tear down the 8,600-square foot -- illegal construction within 15 days.

It appeared Friday that Zhang was complying -- news which surely came as a relief to Mr. Liu, whom CBS News met on the 23rd floor of the building.

"He shouldn't be able to do that. Sometimes you'd see construction materials in the elevator," Liu told Doane, who then climbed up the stairs from the 26th floor to right below the rooftop "mountain-scape" and found, trees, tree-stumps, and fake branches in a corridor.

It was unclear how long it would take the workers to dismantle the sprawling villa. It took six years to build.