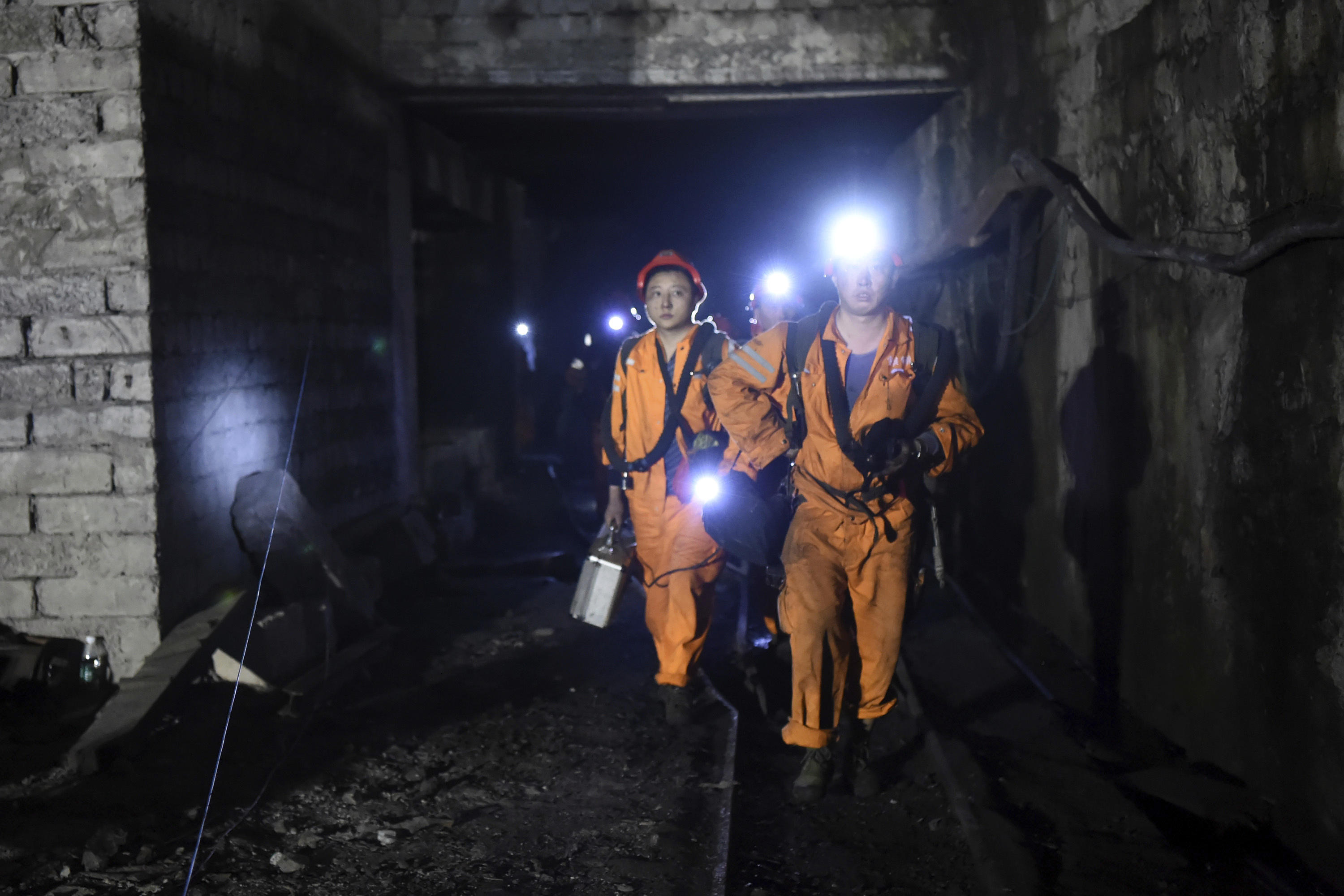 BEIJING, China -- A gas explosion has trapped 11 Chinese coal miners underground, in the latest in a string of deadly accidents striking the industry after 53 miners were killed in two similar blasts last week.

China’s state-run Xinhua News Agency reported that the Monday night explosion occurred at a mine in central China’s Hubei province. It did not provide details on what caused the blast, but such incidents usually happen when unventilated coal gas is ignited by a spark or open flame.

A person answering the phone at the local production safety office declined to answer questions, and then hung up.

It’s the third major mining accident in one week for China, the world’s top producer and consumer of coal, where such deadly events occur frequently despite a stated public commitment to improving worker safety. A drive to boost training and technology has significantly reduced the carnage of the last decade, but demand for the fuel continues to provide incentives to cut corners in order to rush production.

State media announced the firings of safety officials after a Dec. 3 blast in Inner Mongolia that killed 32, and the arrests of mine operators after 21 miners were found dead in Heilongjiang province. That echoes China’s typical response to major deadly accidents by arresting a few individuals without addressing systemic problems.

China is trying to balance the vast energy demands of the world’s most populous country - and an industry that is the lifeblood of several regions - with its commitment to reduce carbon emission as part of the Paris climate agreement and to cut down on air pollution that often smothers Beijing and other major cities.

Government economic planners facing rising energy prices ahead of winter responded in October by lifting a cap on the number of coal production days for “efficient” producers.

Officials also said this year they would shut down more than 1,000 underperforming mines, though hundreds of new coal plants are also under construction.

Meanwhile, unlicensed coal operations outside of government supervision operate throughout the country, such as the mine in Heilongjiang province in northeast China where 21 miners were killed.