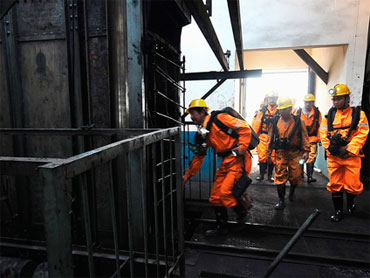 At least 46 miners were killed Monday when an explosion ripped through a coal mine in central China, state media reported.

The blast hit a mine in Pingdingshan city in the province of Henan, the State Administration of Work Safety said. Seventy-two miners were trapped initially but 26 escaped, the official Xinhua News Agency reported.

State broadcaster CCTV reported on its website many of the deaths were caused by carbon monoxide poisoning set off by the explosion. The report said an investigation is under way into the cause of the blast.