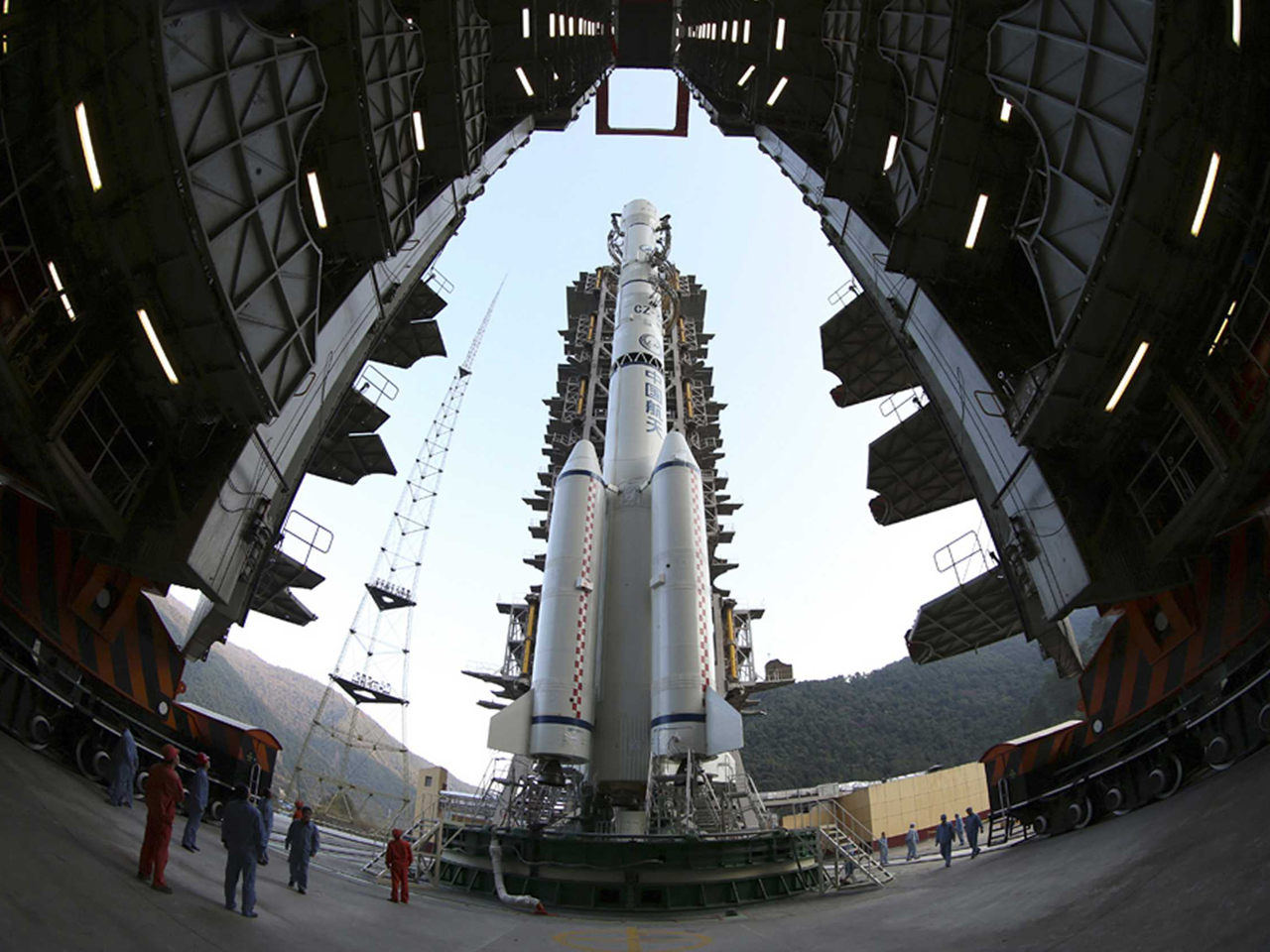 BEIJING - China launched its first ever extraterrestrial landing craft into orbit en route for the moon in the small hours of Monday, in a major milestone for its space program.

The Chang'e-3 lunar probe, which includes the Yutu or Jade Rabbit buggy, blasted off on board an enhanced Long March-3B carrier rocket from the Xichang Satellite Launch Center in China's southwestern Sichuan province at 1:30 a.m. local time (1730 GMT).
President Xi Jinping has said he wants China to establish itself as a space superpower, and the mission has inspired widespread pride in China's growing technological prowess. State television showed a live broadcast of the rocket lifting off. If all goes smoothly, the rover will conduct geological surveys and search for natural resources after the probe touches down on the moon in mid-December as China's first spacecraft to make a soft landing beyond Earth.

In 2007, China launched its first moon orbiter, the Chang'e-1 - named after a lunar goddess - which took images of the surface and analysed the distribution of elements.

The lunar buggy was named the Jade Rabbit in a public vote, a folkloric reference to the goddess' pet.

Chinese scientists have discussed the possibility of sending a human to the moon some time after 2020.

In China's latest manned space mission in June, three astronauts spent 15 days in orbit and docked with an experimental space laboratory, part of Beijing's quest to build a working space station by 2020.

If the lunar mission is successful, China will become the third country, after the United States and the former Soviet Union, to soft-land on the moon.

But it is still far from catching up with the established space superpowers, whose moon landings date back more than four decades.

Beijing insists its space program is for peaceful purposes, but the U.S. Department of Defense has made clear it wants to prevent China's increasing space capabilities giving it any strategic advantage.

China says it will share the technological achievements of its manned space program with other nations, especially developing ones, and will offer to train astronauts from other countries.