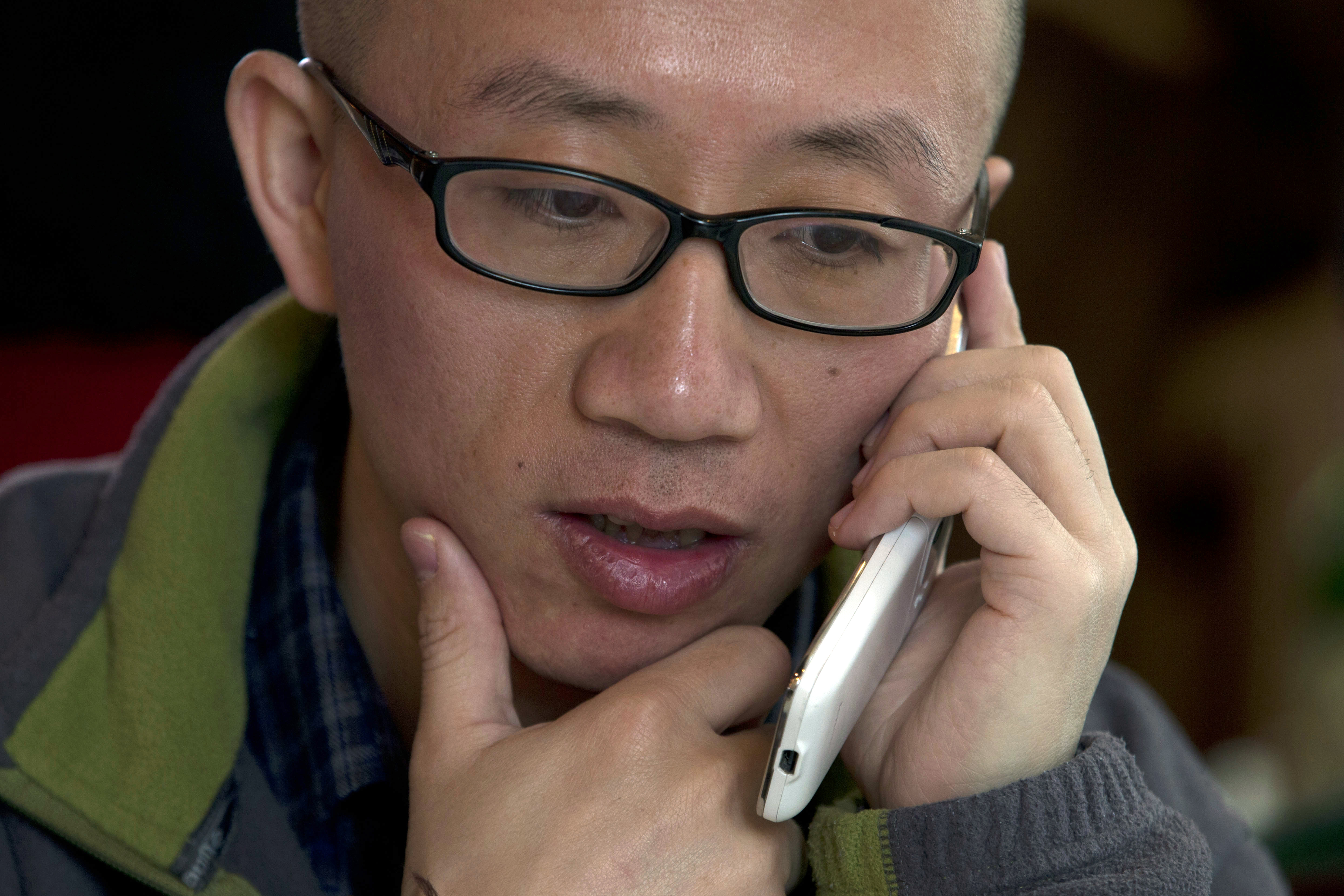 BEIJING, China -- In prosecuting the country's political and social activists, an image-conscious Beijing is shifting its tactics.

Rather than filing charges of inciting state subversion that amount to political prosecution and drawing international condemnations, Beijing is increasingly using public disorder charges to lock up those it considers as nuisances or threats to its rule.

"The scheme is craftier and crueler," said dissident Hu Jia. He spent 3½ years in prison after a 2008 conviction of inciting state subversion that drew criticism abroad against Beijing and won him accolades.

"The government can still lock you up" for nonpolitical crimes, he said. "But those charges spare Beijing from international pressure, because they attract very little attention."

"You must deftly combine political wisdom with criminal policies in striving to achieve legal, political and social purposes in unison," the directive said.

A U.S.-based prison research group, the Dui Hua Foundation, said its analysis of official data showed 830 Chinese people were indicted in 2013 on charges such as subversion, separatism and incitement in China, the smallest number since 2007. At the same time, Dui Hua said, the number of people indicted with impairing social order has been rising, from barely 160,000 in 2005 to more than 355,000 last year.

John Kamm, executive director of Dui Hua, said the public disorder category is broad and includes computer-related offenses that are becoming increasingly common. But he added that some of the crimes under the category have been used in political and religious cases.

"The decrease in indictments (for charges of endangering state security) may signal a change in tactics: Political dissidents appear to be increasingly charged with non-ESS crimes, thereby obscuring the political nature of their contested acts," a Dui Hua statement said.

Most notably, Beijing authorities have jailed members of the New Citizens movement on the charge of gathering crowds to disrupt public order, which stemmed mainly from holding rallies in front of a government building and unfurling banners calling for disclosure of government officials' assets.

It was an unstructured movement seeking educational equity and a cleaner government, but the ruling party saw it as a potential challenge to its monopoly on power. Xu Zhiyong, the group's founder, was sentenced earlier this year to four years in prison.

Earlier this month, Beijing detained human rights lawyer Pu Zhiqiang on the charge of picking quarrels and provoking troubles after he attended a May 3 commemoration of the 1989 crackdown on pro-democracy protests. Pu is best known for his lobbying for the successful closure of China's labor camps, which were criticized for being illegal.

The growing use of criminal charges to conceal the suppression of dissent is "alarming," said Eva Pils, an associate professor of law at the Chinese University of Hong Kong.

"I am very concerned that the situation is getting worse," Pils said.

The use of the tactic is not entirely new. Chen Guangcheng, a legal activist who helped fellow villagers, was convicted of damaging property and obstructing traffic in 2006. Dissident artist Ai Weiwei was fined in 2012 on tax evasion charges. A brother-in-law of China's most prominent political prisoner, Nobel Peace laureate Liu Xiaobo, was sentenced last year to 11 years in prison on charges of commercial fraud.

But the national directive signaled a centralized decision, and the use of public order charges may also have gotten a boost after China closed the labor camps last year, eliminating a tool that allowed police to detain people for up to four years without going to court.

"Those public order charges might be a way to detain individuals who would otherwise end up in labor camps," said Maya Wang, a researcher at Human Rights Watch.

Critics also say Communist authorities are seeking to discredit and obscure human rights and other activists by prosecuting them on charges that lump them in with bar brawlers, hecklers, petty gangsters, and other common criminals.

"You don't get the glory that comes with political persecution," activist Hu said. "Some of us have lamented that you don't want to be remembered by history as being convicted of being uncivil. These are such disgusting charges."

Another public order charge that has been locking up human rights lawyers and activists is picking quarrels and provoking troubles, a charge that replaced the crime of hooliganism in the Chinese legal code in 1997.

Besides Pu, activists detained on that charge include:

-Labor rights activist Lin Dong, who attempted to advise workers when they staged a work stoppage in a shoe factory in southern China over sufficient employer's contributions into social security and housing funds.

-Xiang Nanfu, who gave photos, video footage and information about people trying to press grievances with the government to an overseas dissident-run news website.

-Tang Jingling, a human rights lawyer who has led a civil disobedience movement. Tang also irked authorities in 2005 when he represented villagers who tried to have a local political figure removed on corruption charges.

Legal scholars and human rights activists say that despite its seemingly clear definition, the picking-quarrels charge can be used as a tool of political suppression when courts - controlled by the Communist Party - can hand down convictions regardless of the law.

"It's really difficult to use the current interpretation of the crimes to make the charges stick in a decent legal system," the legal scholar Pils said. "But the question is: Would there be a decent legal process? I don't think that likely."