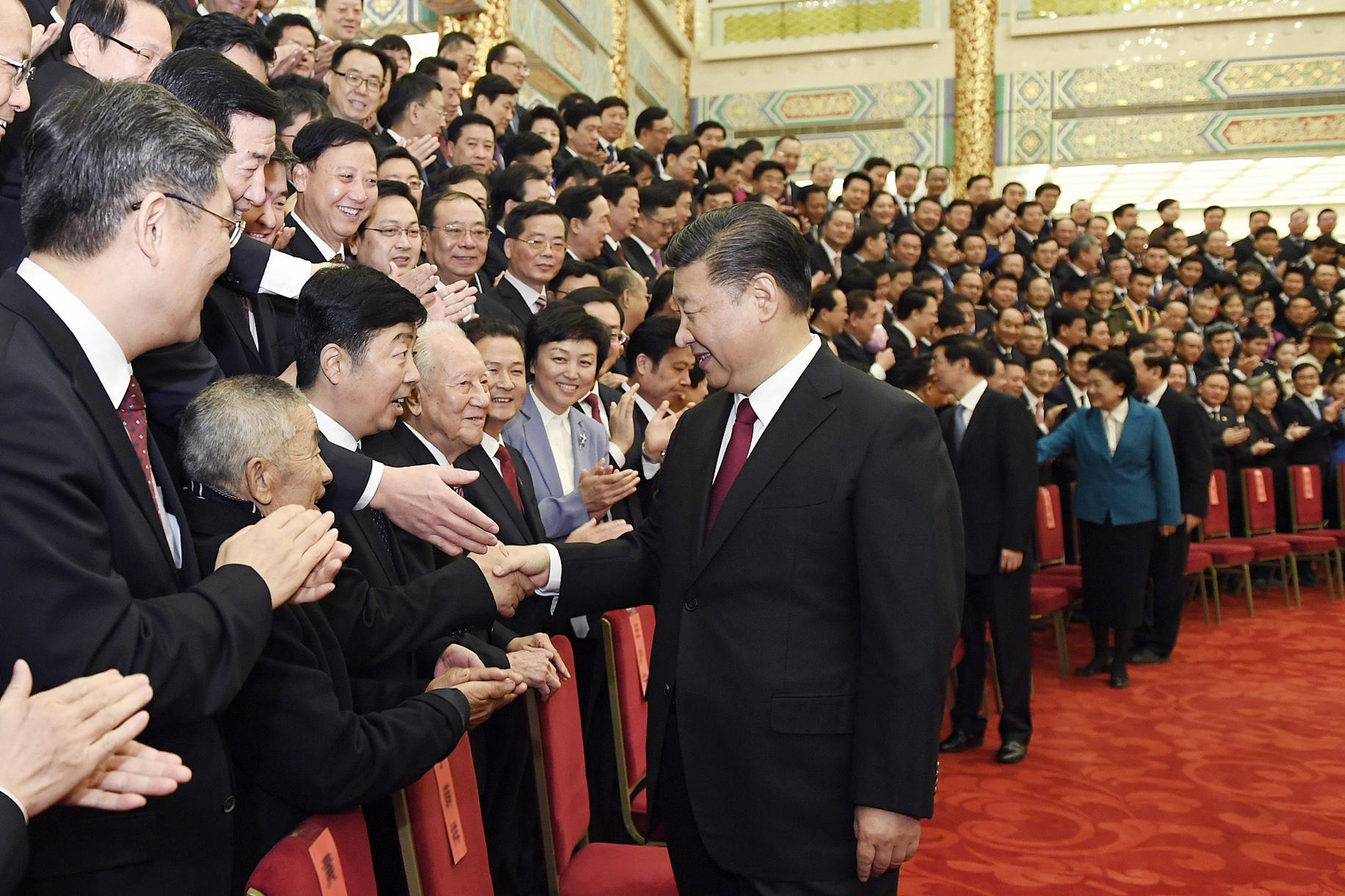 The party's Central Committee proposed to remove from the constitution the expression that China's president and vice president "shall serve no more than two consecutive terms," the Xinhua News Agency said.

"Xi Jinping has finally achieved his ultimate goal when he first embarked on Chinese politics -- that is to be the Mao Zedong of the 21st century," said Willy Lam, a political analyst at the Chinese University in Hong Kong, referring to the founder of communist China.

The announcement seemed timed to coincide with the return of many Chinese to work on Monday following celebrations of the Chinese New Year, BBC News reports.

Xi, 64, cemented his status as the most powerful Chinese leader since Mao in the 1970s at last year's twice-a-decade Communist Party congress, where his name and a political theory attributed to him were added to the party constitution as he was given a second five-year term as general secretary.

It was the latest move by the party signaling Xi's willingness to break with tradition and centralize power under him. Xi has taken control of an unusually wide range of political, economic and other functions, a break with the past two decades of collective leadership.

"What is happening is potentially very dangerous because the reason why Mao Zedong made one mistake after another was because China at the time was a one-man show," Lam said. "For Xi Jinping, whatever he says is the law. There are no longer any checks and balances."

Xi is coming to the end of his first five-year term as president and is set to be appointed to his second term at an annual meeting of the rubber-stamp parliament that starts March 5. The proposal to end term limits will likely be approved at that meeting.

Term limits on officeholders have been in place since they were included in the 1982 constitution, when lifetime tenure was abolished.

Political analysts said the party would likely seek to justify the proposed removal of the presidential term limit by citing Xi's vision of establishing a prosperous, modern society by 2050.

"The theoretical justification for removing tenure limits is that China requires a visionary, capable leader to see China through this multi-decade grand plan," Lam said.

"But the other aspect of it could just be Mao Zedong-like megalomania; he is just convinced that he is fit to be an emperor for life," he said.

Hu Xingdou, a Beijing-based political commentator, said while Xi might need an extra five-year term or two to carry out his plans, the country is unlikely to return to an era of lifetime tenure for heads of state.

"President Xi may be in a leading position for a relatively long time," Hu said. "This is beneficial to pushing forward reforms and the fight against corruption, but it's impossible for China to have lifetime tenure again."

"We have drawn profound lessons from the system of lifetime tenures," Hu said, referring to the chaos and turmoil of Mao's 1966-1976 Cultural Revolution.

Xi's image dominates official propaganda, prompting suggestions that he is trying to build a cult of personality, and evoking memories of the upheaval of that era. Party spokespeople reject such talk, insisting Xi is the core of its seven-member Standing Committee, not a lone strongman.

At last year's party congress, Xi hailed a "new era" under his leadership and laid out his vision of a ruling party that serves as the vanguard for everything from defending national security to providing moral guidance to ordinary Chinese. At the close of the congress, the party elevated five new officials to assist Xi on his second five-year term, but stopped short of designating an obvious successor to him.

Sunday's announcement on term limits came before the Central Committee was to begin a three-day meeting in Beijing on Monday to discuss major personnel appointments and other issues.

The son of a famed communist elder, Xi rose through the ranks to the position of Shanghai's party leader before being promoted to the all-powerful Politburo Standing Committee in 2007.

When Xi did assume the top spot in 2012, it was as head of a reduced seven-member committee on which he had only one reliable ally, veteran Wang Qishan. He put Wang in charge of a sweeping anti-corruption crackdown that helped Xi eliminate challengers, both serving and retired, and cow potential opponents.

Xi, whose titles include head of the armed forces, has lavished attention on the military with parades and defense budget increases. But he's also led a crackdown on abuses and a push to cut 300,000 personnel from the 2.3 million-member People's Liberation Army, underscoring his ability to prevail against entrenched interests.