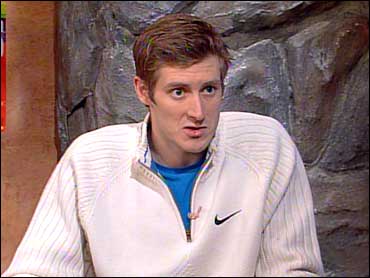 Joey Cheek won gold and silver medals in speed skating at the Torino Olympics a couple years back. He was awarded bonus money of more than $25,000. Money which he promptly handed over to the movement to save Darfur, the region on the border of Sudan where at least 200,000 people have been killed and millions more have been displaced.

It's true $25,000 dollars is a lot of money to most Olympic athletes. There are few endorsement deals; and no free agency. But, Cheek readily gave the money to a cause he believed in. The act generated so much publicity that his donation was matched by dollars and pennies and quarters to the point that in the end, it generated more than a million dollars.

Why would the Chinese revoke Joey Cheek's passport on the eve of the summer games? China is Sudan's biggest customer for oil. And the weapons that kill the innocents in Darfur come from China. And China doesn't want anyone, especially their own people, to know that.