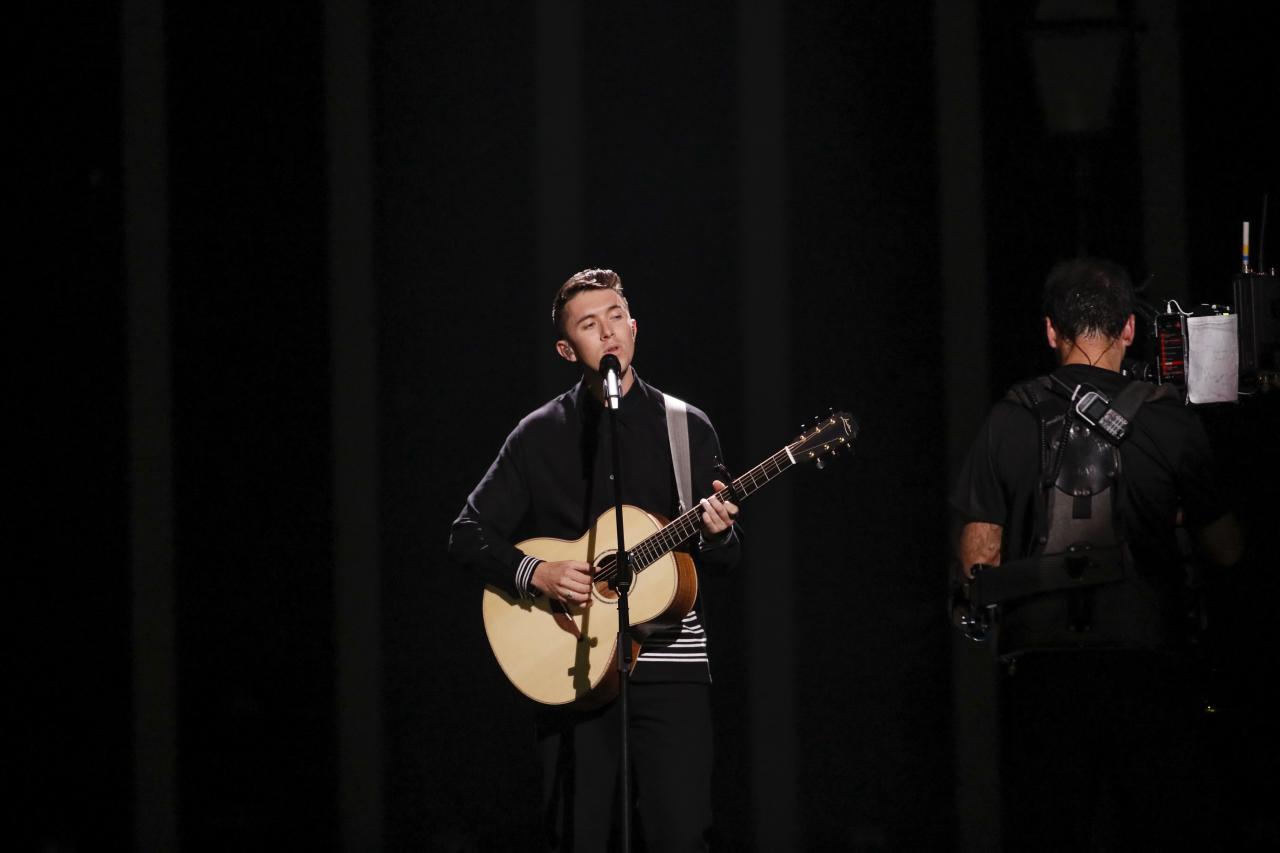 Chinese broadcaster Mango TV, one of China's most popular channels, pulled Ireland's performance during the semifinals of the Eurovision Song Contest, likely because of its depiction of a gay romance. Representing Ireland, Ryan O'Shaughnessy performed on Tuesday, backed by two male dancers who depicted a romance on stage.

O'Shaughnessy performed his single "Together." The original music video showed dancers Alan McGrath and Kevin O'Dwyer dancing through the streets of Dublin while on a date. During O'Shaughnessy's Eurovision performance, McGrath and O'Dwyer surprised the audience by reprising their music video choreography. The two held hands at times during their performance.

Users on Weibo, the largest Chinese social media network, complained about the censorship. The Voice of Homosexuality, a verified Weibo account, shared a number of photos from the censored performances and called the censorship a "major step backward," BBC News reports.

Though there were rumors that Russia might censor the Irish performance as well, it was broadcast in full. But the Irish Independent reports that the Russian commentator claimed the song was about "male friendship."

O'Shaughnessy is set to perform at the Eurovision finals on Saturday.