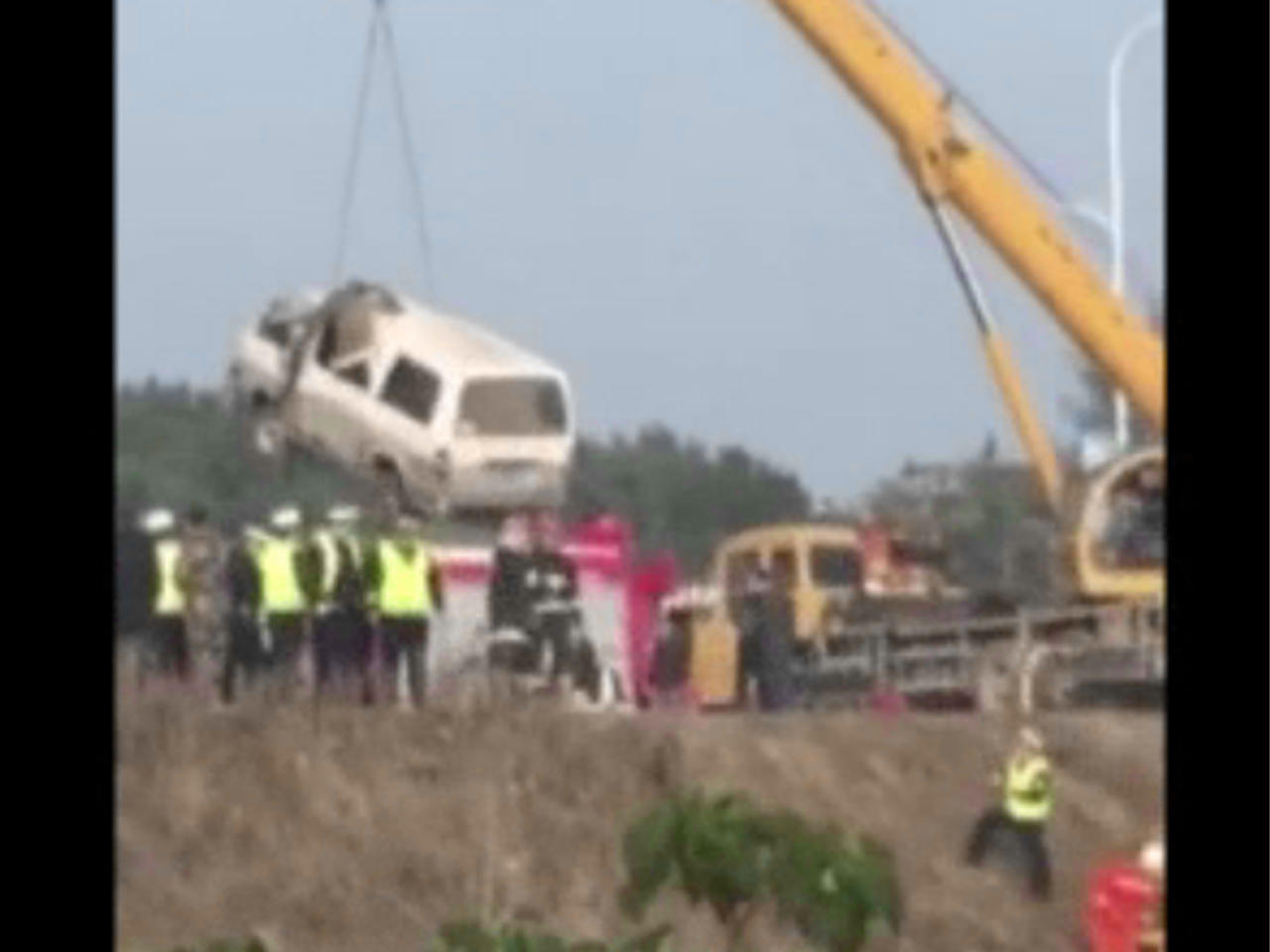 BEIJING -- Chinese authorities say 18 people have died and two more are in hospital after a small passenger bus plunged into a lake in the central province of Hubei early Friday morning.

The provincial government said on an official website that two people survived the accident near the city of Ezhou and the bus driver has been placed under investigation.

Much of central China has been enveloped in thick fog for the past few days, although reports didn’t say if weather was considered a factor in the accident which left the bus almost entirely submerged. It said an investigation has been opened into the cause.

Aggressive driving, exhausted drivers and poorly maintained vehicles are also frequently cited as causes of such crashes in China, although the authorities have begun to crack down in recent years. Accidents involving water bodies are particularly fatal because few Chinese are taught to swim, especially in rural areas.