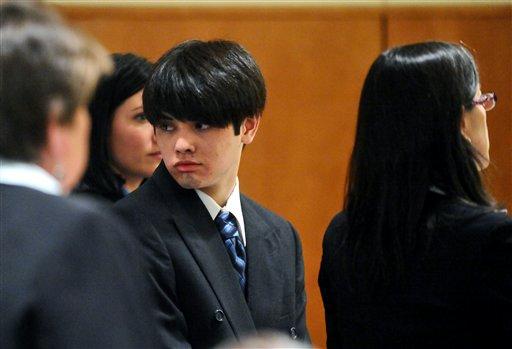 China's third-largest oil producer made an unsolicited $18.5 billion bid Thursday for U.S. oil company Unocal Corp., marking the communist nation's most ambitious attempt yet to acquire a Western company and setting the stage for a possible showdown with U.S. politicians concerned about potential national security issues.

The purchase by state-owned CNOOC Ltd., if completed, would be the biggest yet in a multibillion-dollar wave of foreign acquisitions by Chinese firms trying to secure a place in the top ranks of the corporate world.

It comes amid a flurry of Chinese government efforts to secure foreign energy supplies for the country's booming economy.

Unocal already had agreed to be acquired by Chevron for a lower price of $16.6 billion, but said it would evaluate the CNOOC offer. Unocal said its board's earlier recommendation to shareholders to accept the Chevron offer remained in place.

Chevron offered in April to acquire El Segundo, Calif.-based Unocal in a deal that would give Unocal shareholders a choice of $65 per share in cash or Chevron stock or a mix of stock and cash.

A CNOOC takeover of Unocal would require approval from a U.S. government panel that examines the national security implications of selling American companies to foreigners, according to U.S. Energy Secretary Samuel Bodman.

It could face opposition in Washington, where even before CNOOC made its bid, two members of Congress appealed to President Bush last week to review the deal for possible security threats.

"This transaction is purely a commercial transaction," he said in a conference call with reporters. "We are confident that the U.S. government will support this project."

Fu called the bid friendly and said it would be superior for Unocal shareholders.

Elsewhere, China has forged oil and gas deals in countries ranging from Sudan to Kazakhstan to Venezuela. Beijing is competing with Tokyo for access to Russian oil from a planned Siberian pipeline.

China used to meet its own needs from domestic oil fields but became a net importer in the 1990s and now is one of the world's biggest consumers, along with the United States and Japan.

In other industries, top state-owned Chinese companies have made a string of high-profile acquisitions abroad in an effort to establish a global presence.

CNOOC said its deal with Unocal would more than double its production and increase reserves by nearly 80 percent.

The company also noted that both it and Unocal have a significant presence in Asia. CNOOC estimated that 85 percent of the combined reserves of both companies are located in Asia and the Caspian Sea region.

The company argued that the combination would result in a more balanced portfolio between natural gas and oil reserves, resulting in protection from price volatility in both commodities.

The Federal Trade Commission approved the Chevron-Unocal deal in June after Chevron promised not to enforce a patent on reformulated gasoline that the FTC said could raise gas prices in California.

Chevron noted that a deal with CNOOC would require extensive new regulatory approvals in the United States and elsewhere.

CNOOC Chief Financial Officer Yang Hua told Dow Jones Newswires that his company is "prepared to closely cooperate ... to get U.S. approval for this deal."

CNOOC said it plans to retain "substantially all employees, including those in the U.S," noting that Chevron, in contrast, plans layoffs.

"We believe the offer will be very good for America as we are going to protect U.S. jobs while continuously marketing (Unocal's) products in the U.S.," Yang said.