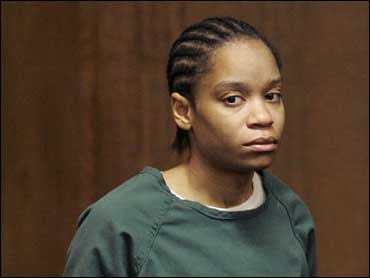 (CBS) DAYTON, Ohio - An attorney for China Arnold, an Ohio mother serving a life sentence for murdering her 28-day-old-daughter by placing her in the microwave and "cooking" her in August 2005, argued Tuesday for a new trial, which would be her fourth in the case, reports CBS affiliate WHIO.

Defense attorney Christopher Thompson argued in Ohio's Second District Court of Appeals that there were five errors made in Arnold's latest trial and that she should get another trial without death penalty specifications.

Arnold, 33, was already tried three times, with the death penalty a possibility each time, in the murder of her daughter, Paris Talley. Her first trial in February 2008 ended in a mistrial and her second trial ended in September 2008 when she was found guilty but the jury could not decide on the death penalty. Montgomery County Common Pleas Judge Mary Wiseman imposed a sentence of life in prison, but that decision ultimately was overturned on appeal in November 2010.

Arnold's third trial ended in May 2011 when she was sentenced to life in prison without the possibility of parole after a jury did not vote for the death penalty.