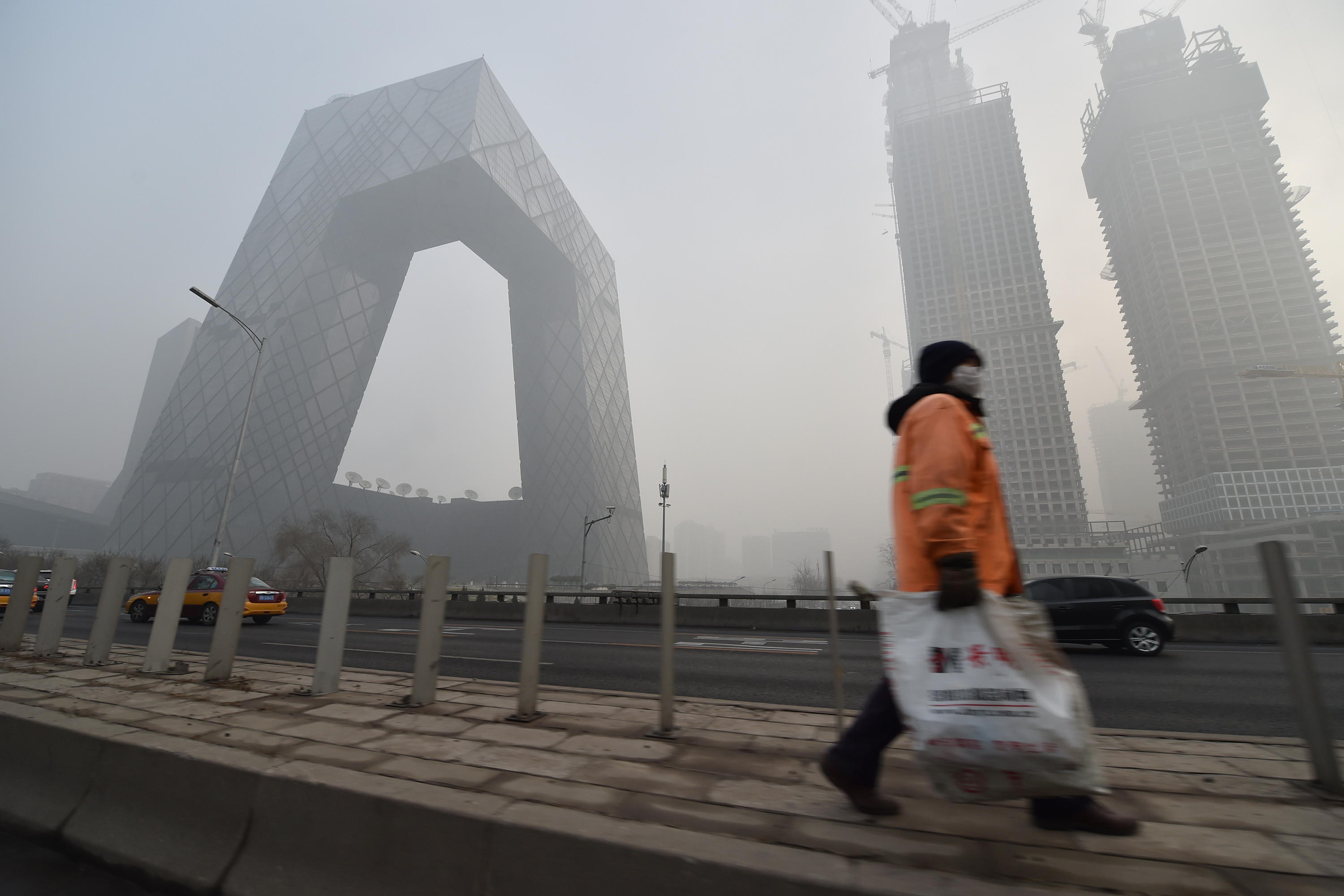 Millions of people in China are being forced to wear masks or stay indoors because of thick, heavy smog. A red alert for pollution has been in effect for nearly a week, and the heavy smog has closed airports, schools and roads.

A map of China’s current air quality shows much of the country is under “unhealthy” or “very unhealthy” advisories.

Dense gray smog is smothering parts of hina. For days, the pollution has made it difficult to navigate cloudy roads, forcing many on the streets to don protective masks.

A vague outline of a building is what Beijing’s Forbidden City looked like under the smog.

Four-hundred-sixty million people living in North and Central China have been under a pollution red alert. That’s the same amount as the populations of the U.S., Canada and Mexico combined.

Pollution has caused the latest “airpocalypse” in Beijing. More than 20 million people in this city have been forced inside and there are reports of tens of thousands of “air refugees” – people who’ve fled China’s pollution-choked north.

“The pollution is rather scary,” one woman said in Chinese. ”If there is strong pollution and we have to stay home, then we take care of the child. So yes, this has repercussion on your life.”

Now there is some good news coming – winds Wednesday night will move in to disperse some of the smog. The red alert is expected to be lifted at midnight.

How retirement is keeping both Eli and Peyton Manning busy