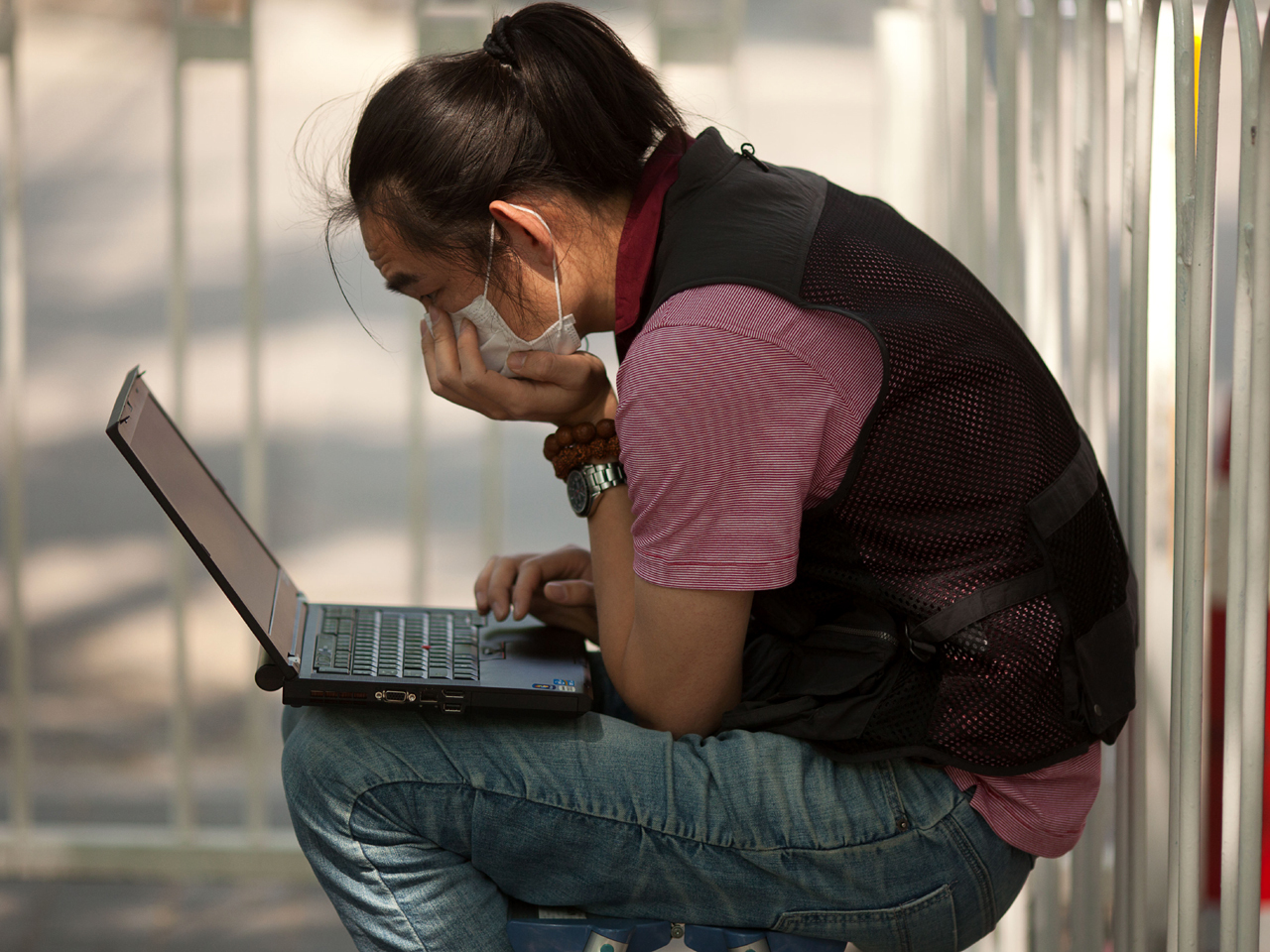 (AP) BEIJING - Blind activist Chen Guangcheng has drawn a global media spotlight after setting off tensions between the U.S. and China, but he's almost unknown at home and the Chinese government is working to keep it that way.

After reading a rare mention of the activist in a state-run newspaper, professor Liu Kang posted a message with Chen's name in it on the popular Twitter-like site run by Sina Corporation on Sunday only to see it erased by censors. He was surprised by the government's thoroughness.

"It got deleted for merely having his name in it," said Liu, who teaches Chinese studies at Duke University in the U.S. and is humanities dean at Shanghai Jiao Tong University and is currently in China.

Mentioned one minute, gone the next, Chen's case is a textbook study in how the authoritarian government manages information in the global Internet era. Unable to block all mention of Chen, censors try to minimize it while occasionally releasing editorials to purvey the government line.

A self-taught legal activist, Chen gained recognition among human rights campaigners at home and abroad for crusading for the disabled and fighting against forced abortions in his rural community. His dramatic flight from abusive house arrest to the U.S. Embassy in Beijing last month, the bargaining over his fate and the arrangements that may let Chen and his family go the U.S. made him the focus of global news.

In a sign of his new fame, the University of Washington in Seattle this week offered Chen a fellowship, a second offer following an invitation from New York University.

On Wednesday, Chen said paperwork for his travel is mostly finished on the U.S. side, but not on the Chinese side. He said he is recuperating from the broken foot bones sustained during his escape and from chronic intestinal problems. Mostly, though, he said he needs a break after seven years of prison and house arrest.

"Even if I stayed in China, I would also have rested for a while because you know my plight. It was like I was always with wolves. Any time I was not careful I might get bitten. So I feel like my nerves have been wound too tightly," Chen said by phone from his room in Beijing's Chaoyang Hospital.

Only blocks away from the hospital, where a clutch of reporters have gathered daily, few locals know the reasons for the fuss.

A 20-something barber at the Aonuoxuan Beauty Salon said he hadn't heard of Chen. A young Chinese fast-food restaurant worker said he knew the name but has been too busy to check into it. More than a dozen people in and outside Beijing gave similar responses. If they had heard his name at all, they knew little about his deeds.

If Chen's name has appeared in state-controlled media, virtually the only kind of media in China, it has been in reports quoting the Foreign Ministry or commentaries that criticized the U.S. government as meddling in Chinese affairs and insinuated that Chen is being used a tool.

Chinese made curious by these partial accounts can go online, using circumvention tools to get around government filters to reach overseas sites. That has allowed more information to seep back, and the result is a cat-and-mouse game, especially on popular social media, where users have turned to ever more obscure, coded references to Chen to beat the censors.

Variations of Chen's name in English and Chinese have been blocked as have Chaoyang Hospital, the U.S. Embassy and other terms associated with his case. After the generic phrase "blind man" was banned, some turned to a medical term for fat under the heart that looks like the Chinese character for blind. Liu, the professor, reposted his message, substituting "Chen Guangcheng" with "Chen Chuangchuang." The word "chuang" means "break into" in Chinese, a reference to Chen's entering the U.S. embassy. That message was left untouched.

With the Internet, many more people know about Chen though they don't want to risk government disapproval by admitting it, especially to the foreign media, said Hung Huang, executive editor of the lifestyle magazine iLook.

"The problem is that there's a veil everybody wears in China," Hung said. "They don't want trouble."

She said plenty of people are commenting about Chen on Weibo.com though often under pseudonyms, and the social media have forced the government to respond, even if in the form of denouncing editorials.

The controls have opened a gap between a general public which knows little about Chen and a "small universe of social media" where journalists, academics and activists are abuzz about him, said David Bandurski, a researcher with Hong Kong-based China Media Project.

"The story has been decapitated by media controls," Bandurski said. "There is no coverage in terms of news."

Still, those active on microblogs, or "weibo" in Chinese, have large numbers of followers and so cannot be ignored, said Bandurksi: "A miniature population on 'weibo' can influence decisions."

The government's biggest ally, however, is the indifference of many Chinese, who know to stay out of sensitive politics and who have been turned off by decades of propaganda.

Back at the beauty salon near Chen's hospital, one barber said they only buy newspapers to wipe the windows.