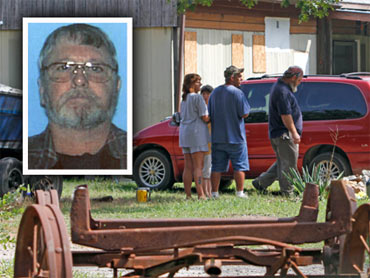 Gerry Adams - president of Sinn Fein, the legal political party linked to the outlawed Irish Republican Army - is in the United States as usual for the run-up to St. Patrick's Day, for a series of speaking engagements seeking support for his cause.

For the first time since 1995, Adams does not have an invitation to stop by the White House on St. Patrick's Day.

To make it clear that the snub is aimed at the IRA and not the Irish, the White House has instead invited Irish Republic Prime Minister Bertie Ahern for the traditional presentation of a bowl of shamrocks.

The Bush administration to shun Adams stems from outrage in London and Dublin over a huge Belfast bank heist last December that was blamed on the IRA and its involvement in the January murder of a Catholic man outside a Belfast bar.

His five sisters are invited guests at the White House on Thursday.

Sinn Fein and the IRA, which initially denied any involvement, have suspended or expelled 10 members linked to the killing.

The Massachusetts senator, who met with Adams on St. Patrick's Day every year since the signing of the Good Friday peace agreement seven years ago, is refusing to see Adams this year.

Kennedy spokeswoman Melissa Wagoner cited "the IRA's ongoing criminal activity and contempt for the rule of law" as the reason for Kennedy's decision.

"Sinn Fein cannot be a fully democratic party with the IRA albatross around its neck," said Wagoner. "The time for decisive and final action is long overdue."

Yet another blow to Sinn Fein's clout in the U.S. came Sunday from New York Republican Rep. Peter King, who has been one of Sinn Fein's most vocal and steadfast supporters in the U.S. Congress for over twenty years.

King is calling on the Irish Republican Army to disband - arguing that it is standing in the way of peace in Northern Ireland.

In a major policy switch, King is accusing the outlawed IRA of making a string of bad decisions that have fueled hostility within Irish-American circles.

King said in an interview with RTE, Ireland's state radio, that Americans are finding it "hard to see what the justification is for the continued existence of the IRA."

Power-sharing was the key goal of Northern Ireland's Good Friday accord of 1998. But a painstakingly negotiated deal fell apart in December when the IRA refused to renounce crime or to permit photos of its disarmament.

King says the bank robbery accusation, reports of witness intimidation in connection with the January murder, and alleged money laundering demonstrate "the reality that it really is time for the IRA to go out of business."

King, who usually attends Sinn Fein's annual conferences and in the past offered praise for IRA "freedom fighters," skipped this month's conference in Dublin.

King called the Dec. 20 heist of Northern Bank in Belfast, when a well-coordinated gang stole currency worth $50 million after taking the families of two bank employees hostage, "totally inexcusable."

He said the IRA's subsequent implication in the Jan. 30 knife slaying of Robert McCartney in Belfast caused much more disgust among rank-and-file American backers of Sinn Fein.

McCartney, 33, was attacked in a crowded pub and had his throat slit outside, but none of approximately 70 witnesses - including at least one Sinn Fein election candidate and several other party activists - have been willing to identify the attackers.

The victim's sisters, in a rare rebellion within Sinn Fein's working-class Catholic grassroots, have campaigned publicly against intimidation of witnesses and the Sinn Fein-IRA movement's opposition to cooperation with the police.

The IRA, in its latest attempt to defuse criticism of its members' involvement, announced last week it was willing to kill four people it considers responsible.

King said IRA leaders' offer to execute people - which caused widespread outrage in Britain and Ireland - demonstrated "how tone-deaf they are."

This is not the first time that Adams, a reputed IRA commander since the mid-1970s, has run into static in the U.S.

He was banned from visiting the United States until 1994, when President Clinton overturned the State Department policy to encourage an IRA cease-fire.