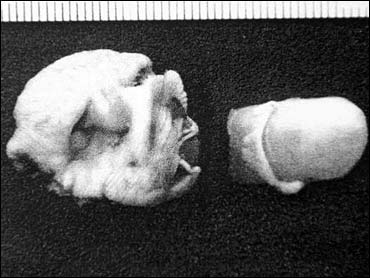 A businessman will split a $100,000 reward from Wendy's International Inc. with an anonymous tipster for helping solve the infamous "chili finger" case, the company said.

Mike Casey, who runs an asphalt plant in Las Vegas that employed both the man who lost the finger and the husband of the woman who claimed she bit into the digit, had complained last week he hadn't been compensated for the tip that helped authorities unravel the scheme.

"I did what they wanted and they offered it, so I think I have it coming," he said at the time.

Wendy's, based in Dublin, Ohio, said it was grateful to all the tipsters who called a hot line set up when profits plunged after reports of the hoax hit headlines worldwide.

"We sincerely thank these citizens for stepping forward and calling the special hot line number with information that helped investigators break open this case," Wendy's officials said in a statement Tuesday.

Casey could not be reached by phone at work Tuesday.

Ayala said she found the fingertip March 22 while eating chili with her family at a Wendy's in San Jose. Authorities determined it was a hoax, but the story quickly took on a life of its own.

Wendy's set up a hot line and offered a reward for information leading to the finger's owner. The fast food chain said it lost $2.5 million from the bad publicity.