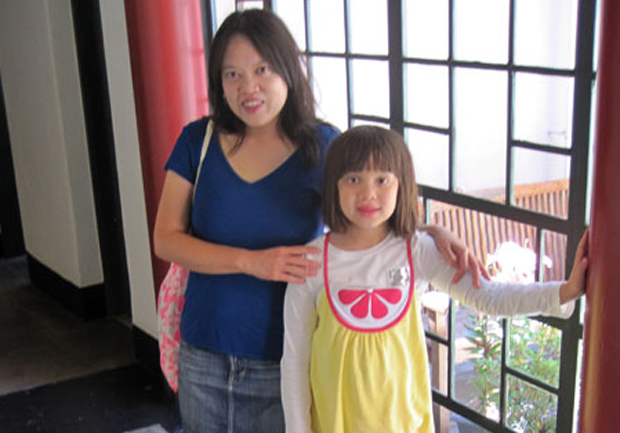 In 2011, Amy Chua sparked a nationwide debate when she championed her tough-love parenting style in the book, "Battle Hymn of the Tiger Mother." Critics said the iron-fist child-rearing approach of the Chinese-American mom was too intense, stigmatizing or even damaging to the child.

New research and a just-published memoir suggest the critics may be right.

Researchers at the University of California, Berkeley, followed more than 250 Chinese-American immigrant families with first- to second-grade children in the San Francisco Bay Area for over two years.

"We found that children whose parents use more authoritarian-type parenting strategies tend to develop more aggression, depression, anxiety, and social problems and have poorer social skills," said Qing Zhou, an assistant professor of psychology who led the research.

Zhou, who heads the university's Culture and Family Laboratory, said the findings were based on interviews, parent-child interaction activities, and cognitive and academic assessments of the child. Her team measured how frequently parents use authoritarian-type of disciplinary strategies - like verbally criticizing the child and demanding the child do things without explanation.

Kim Wong Keltner, a Chinese-American writer from San Francisco, said she's not surprised by the new research. Keltner, who was raised by two "tiger parents," said the child-rearing style can be so demanding and confining that many Asian-American children live in a kind of "emotional jail."

"What I've been seeing is a huge burden and unspoken depression about expectations that people are feeling," Keltner said.

Releasing that burden is one reason Keltner wrote "Tiger Babies Strike Back" - a new memoir that is a rebuttal of sorts to Chua's "Tiger Mother." In the book, Keltner refutes the typecast that Chinese-American children are robots who are naturally math virtuosos or violin proteges.

"Asian-Americans are a lot more well-rounded than the stereotypes that are out there," she said. "We are emotional."

The 43-year-old mother said that many Asian American kids are so compelled to excel at academics and keep a low profile that they don't feel comfortable, let alone permitted, to explore their creative sides - whether it's starting a garage band or smoking cigarettes with the bad kids. As a result, she said their social skills are lagging by the time they get out in the real world.

"You have no outlet to be weird," she said. "By the time you get to college, you don't even know how to be around people. You're super smart in your head but you can't navigate a simple social situation."

Keltner concedes that "tiger babies" do enjoy some advantages - namely that your parents teach you to go for what you want and never take no for an answer. She said that ingrained determination helped her achieve success as a writer but in general, the emotional cost isn't worth it.

"One good thing that can come from tiger parenting is if hits you in sense that 'you can do this,'" she said. "But at some point you're feeling that if your best isn't good enough, you're going to create a barrier with you and your parent and you detach."

Zhou said one of her research goals is to help so-called "tiger parents" better connect with their children. To that end, her team recently helped conduct workshops to teach divorced Chinese-American mothers positive parenting strategies such as listening, praising the child for good behavior, and spending one-on-one fun time with the child.

Zhou said that most of the mothers were unfamiliar with this "Western" style of parenting, but once they practiced the new strategies with their children, they warmed to them because they could see positive changes in their relationships.

"Parents are constantly asking for advice on how to best bring up their children," Zhou said. "We want to provide parents with advice that is based on scientific evidence."

Zhou noted that her research found that parents who are inconsistent or overly relaxed in discipline also tend to have children with more behavioral problems.

As for Keltner, she said that growing up under the strict rules of her parents has influenced how she raises her 9-year-old daughter, Lucy. Keltner is much more lenient - gone is her parents' ban on going barefoot in the house - as well as more present in the house.

"My parents were both working," she said. "So now I'm very much the mom at home baking cookies and doing art projects."