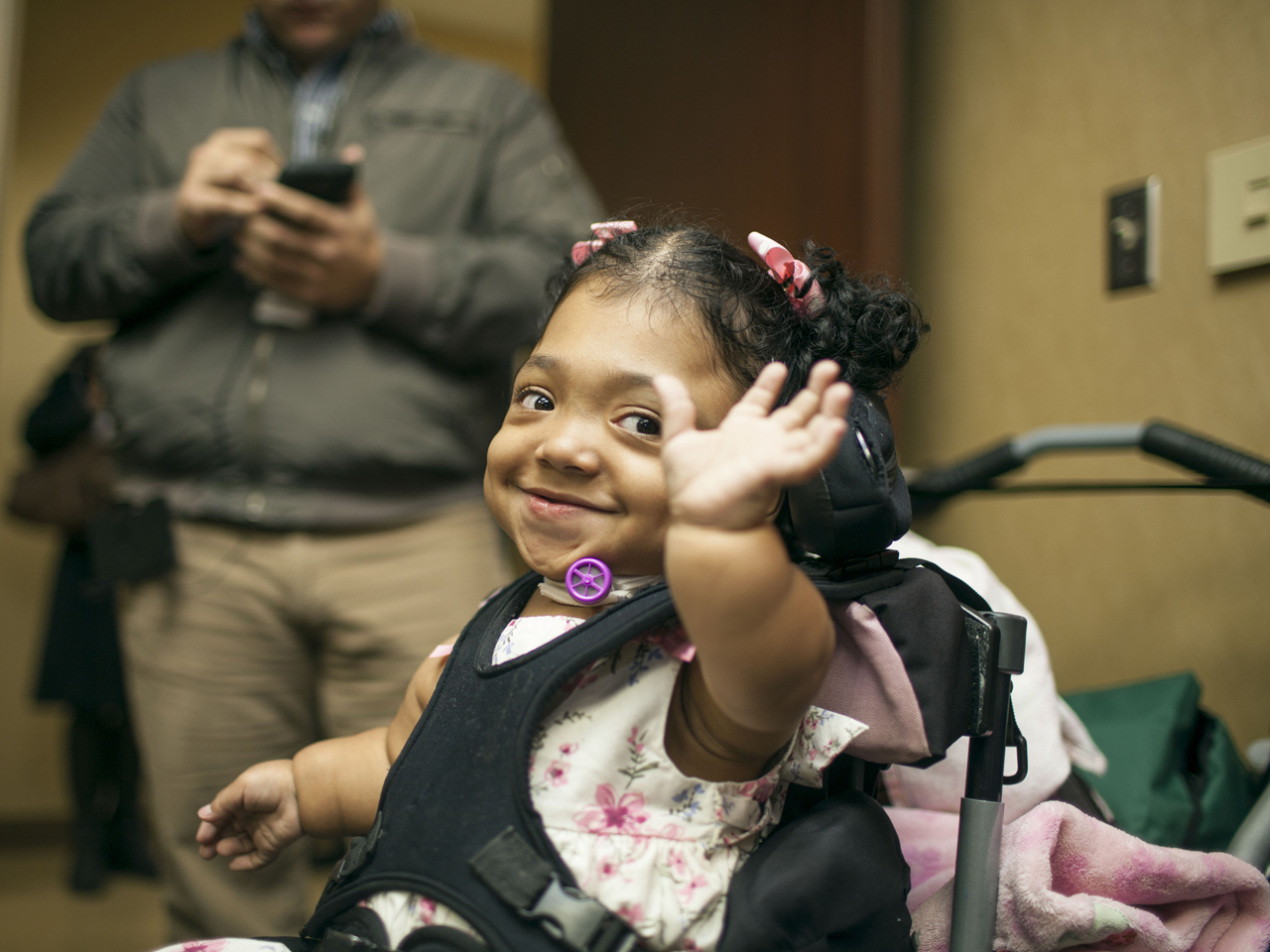 Janelly Martinez-Amador may be 6 years old, but she's just beginning to learning how to use her legs and arms. The girl, who was born with a rare disorder that caused her bones to disappear, is getting a new chance at life thanks to an experimental new therapy that has regrown her bones.

Janelly has one of the most severe forms of hypophosphatasia (HPP), a inherited disorder that affects 1 out of every 100,000 babies. Although the disease is genetically linked, Janelly is the first in her family to have the disorder.

All people are born with a skeletal structure. Throughout our lives, our bones undergo a process of constant turnover and calcification, which occurs when the body collects calcium salts inside our tissues, resulting in creation of new bone.

In patients with HPP, they lack an enzyme called alkaline phosphatase. This causes their bones to be fragile and break down easily. On top of this, they have a problem with the calcification process, which in Martinez-Amador case caused her bones to "disappear" to the point where her ribs were not visible on an X-ray.

"She felt sort of like rubber," Dr. Jill Simmons, a pediatric endocrinologist at Vanderbilt University in Nashville, Tenn. who treated Martinez-Amador, described to CBSNews.com. "She had a very rubbery consistency. If you moved her arm, it would move in any direction you wanted. She was very soft and squishy, for lack of a better term."

Because Janelly had no bones, she couldn't move at all on her own. Her head remained soft because she did not develop a skull, putting her at immediate risk for brain injuries. She couldn't hold herself up.

"Imagine your child laying all the time in bed, not being able to lift herself, not being able to move herself, making sure she is not falling or tripping on things," her father, Salvadore Martinez, said in a press release through a Spanish interpreter.

"She couldn't reach for things," Simmons added. "She couldn't even move her body against gravity. She couldn't lift her arms to play with a mobile above her head even if she was interested."

One of the most pressing problems that Janelly faced was that she had no rib cage, and that prevented her lungs from expanding. Typically, more than half of the children with disease die before their first birthday, with the majority passing away by the time they reach age 5 due to respiratory problems and infections. Martinez-Amador spent two years of her life in the hospital, mostly in the ICU. Due to the fact that she was constantly on a ventilator, she easily developed infections because her airways were always open. If she had a cold, it would quickly develop into pneumonia.

Doctors enrolled the girl in a clinical trial to receive enzyme-replacement drug therapy called asfotase alfa. She was one of 11 children enrolled in the study. Martinez-Amador had a port surgically inserted into her abdomen so she could receive the medication, according to The Tennessean.

Doctors feared that because Janelly had the worst form of the disease out of all the trial participants, she would not benefit from the treatment. But, slowly, she began to move her limbs, started moving towards things she was interested in and began to roll over, Simmons said. Eighteen months into therapy, doctors began to see a rib cage on her X-rays.

Now, The Tennessean reports that Janelly has also started to dance. She has had the port removed from her abdomen and receives the enzyme treatment through three shots each week.

Because the girl was on her back for five years of her life unable to move, and she was older than age 2 when she began to receive the therapy, Simmons explained that Janelly's cognitive development has been delayed. She has recently begun to communicate non-verbally. Simmons hopes that because other children with the disorder who were given the enzyme therapy at earlier ages were shown to reach normal cognitive development, Janelly may catch up to her age.

"It's wonderful that you had the faith that a treatment might come along. For many years, it seemed there was nothing that was very helpful for this disorder," study lead investigator Dr. Michael Whyte, medical-science director of the Center for Metabolic Bone Disease and Molecular Research at Shriner Hospitals for Children in St. Louis, said in a press release. "We were fearful that her bone disease was so terribly severe that it might not work. But by looking at the X-rays and hearing about her visits, we were thrilled to hear about her progress."