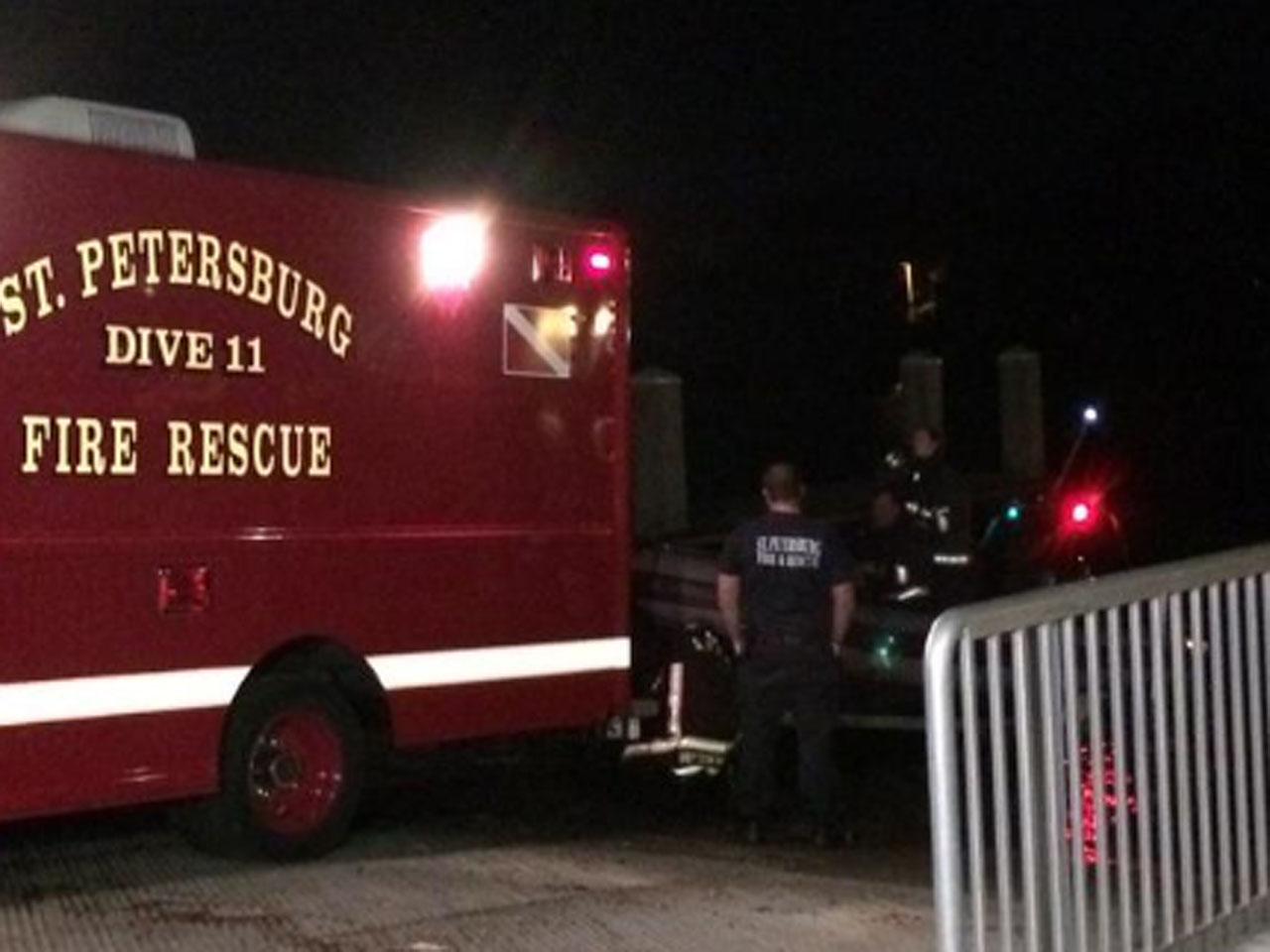 ST. PETERSBURG, Fla. -- A 5-year-old girl has died after being thrown from a bridge into Tampa Bay early Thursday, and a suspect believed to be her father is in custody, St. Petersburg police said.

Public information officer Yolanda Fernandez told CBS Tampa affiliate WTSP-TV rescuers found the girl after about an hour and tried to resuscitate her. She was taken to a hospital but was pronounced dead at 2:44 a.m., Fernandez said.

Fernandez said in an earlier statement that a St. Petersburg police officer saw the suspect throw the girl in the water.

The officer, who was headed home, was initiating a traffic stop shortly after midnight after a Chrysler PT cruiser passed him going about 100 mph, according to the statement. The officer saw the driver stop near the top of the Dick Misener Bridge on the approach to the Sunshine Skyway and throw the girl over a rail, the statement said.

The driver returned to the car and drove south but was stopped by Manatee County authorities about a half-hour later, according to the statement.

The man, who authorities said is believed to be the girl's father, was in custody and being questioned.

No identities were immediately released.

WTSP reports several dive teams were involved in the search for the girl, including one from the Coast Guard. She was recovered by dive teams from Eckerd College, the station says.