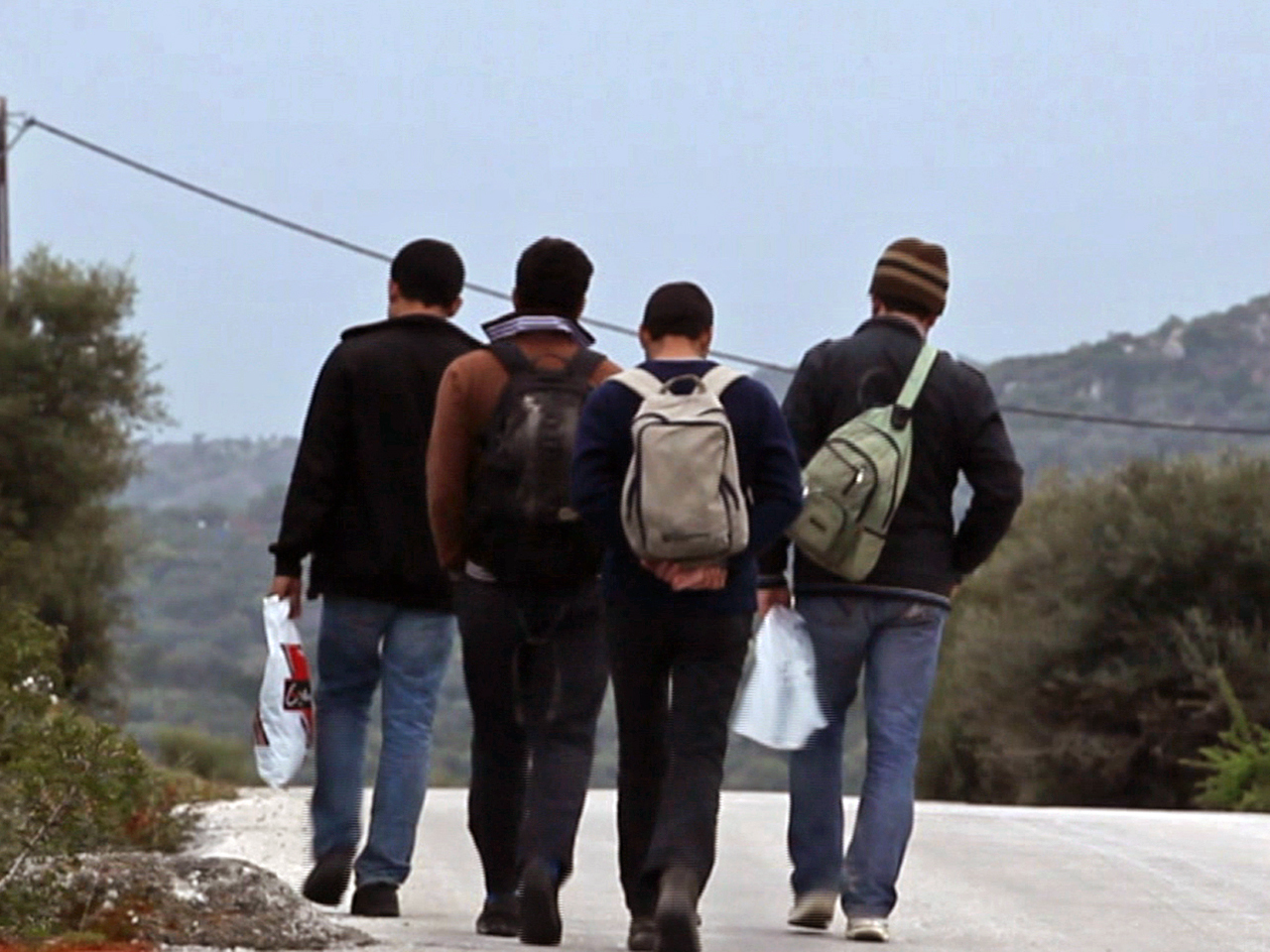 As the U.S. military continues its exodus from Afghanistan, the long war has caused another exodus few know about in the U.S. Thousands of mostly teenage boys have fled their war-torn country to embark on a 10,000-mile trek to Europe that most will not complete -- many because they die along the route. Anderson Cooper reports on one of the largest child migrations in modern times on 60 MINUTES, Sunday, May 19 at 8 p.m. ET/PT.

Ali Hassan is one of the lucky ones. After a four-year journey on which he nearly died several times, this enterprising 15-year-old Afghan boy lives a better life in Sweden, where he and others are given room, board and schooling. To get there Afghans ride under trucks, in secret compartments in vans and make dangerous water crossings. Ali Hassan almost froze to death in a refrigerated truck. "Two days, two nights and four hours," he tells Cooper of his ordeal in the cold truck that was on a ferry from Greece to Italy. He says he was wearing only jeans and a T-shirt. "I can't shake my hand. My foot. On that time, also, I was think that maybe I will die."

But for every Ali Hassan, there are several other boys who didn't make it to Sweden. Many died as stowaways on dangerous trips, some were turned into sex slaves or got diverted in menial jobs trying to earn the money to pay smugglers to take them on the next leg of the journey. Hassan said his life was threatened by smugglers. 60 Minutes spoke to one in Pakistan who said 35 percent, at most, would make it to Europe.

"If, on the way, any child dies, we won't notify their parents for one or two months. Then after time has passed, the pain will not be that great," the smuggler says. "We try to convince parents that dying is a natural thing and it's not our fault." Afghan parents pay up to $15,000 to have their children smuggled to Europe, an amount often the sum of their life savings.

Alixandra Fazzina is a British photojournalist and author who has spent five years chronicling the travails of these refugees, who disappear frequently and often anonymously. "All along the route, the boys are very, very vulnerable, they are robbed. They are kidnapped," she tells Cooper. They will become the victims of their smugglers and their middle men. "They could be trafficked as sex workers, maybe they simply disappear. Nobody's very sure," says Fazzina.

Smugglers are usually paid to get the kids just to Greece; they are on their own from there. Europe can be hard on the young refugees as well. Says Dr. Henry Ascher, chair of the Swedish Pediatric Group on Child Refugees, "I've seen children with broken arms and legs that have been beaten and abused in European countries," he says. The children have been through a lot, not just on the road, but back home, where they may have seen the horrors of war and the deaths of loved ones. "They have severe nightmares...re-experiencing the most horrible things that they have experienced," Ascher tells Cooper.

The Wrights: A family of saddle bronc riders

Former DEA chief in 2010 on Viktor Bout
Thanks for reading CBS NEWS.
Create your free account or log in
for more features.
View CBS News In
CBS News App Open
Chrome Safari Continue
Be the first to know
Get browser notifications for breaking news, live events, and exclusive reporting.