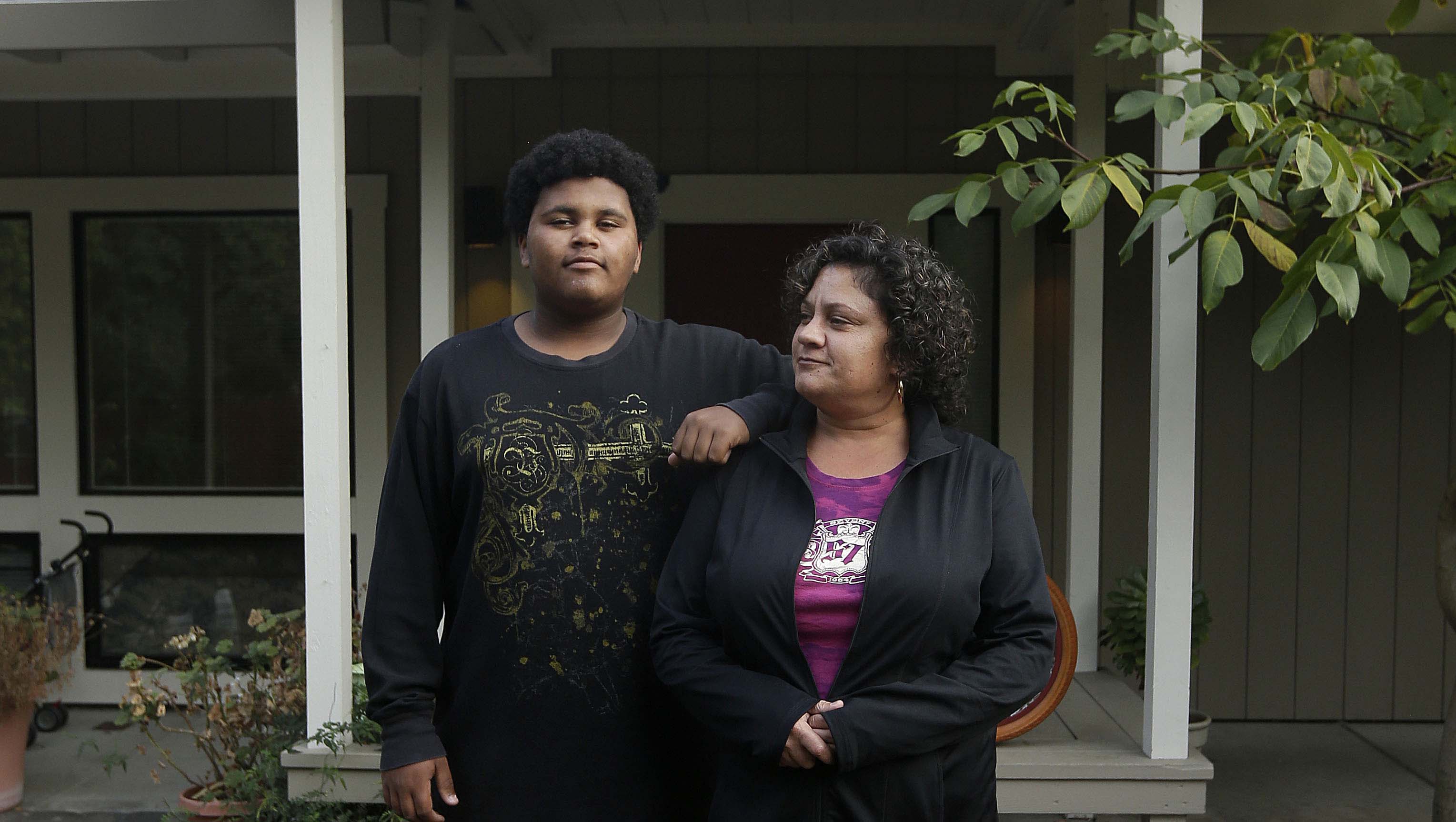 SAN FRANCISCO -- The number of homeless children in the U.S. has surged in recent years to an all-time high, amounting to one child in every 30, according to a comprehensive state-by-state report that blames the nation's high poverty rate, the lack of affordable housing and the impacts of pervasive domestic violence.

Titled "America's Youngest Outcasts," the report being issued Monday by the National Center on Family Homelessness calculates that nearly 2.5 million American children were homeless at some point in 2013. The number is based on the Department of Education's latest count of 1.3 million homeless children in public schools, supplemented by estimates of homeless pre-school children not counted by the DOE.

The problem is particularly severe in California, which has one-eighth of the U.S. population but accounts for more than one-fifth of the homeless children with a tally of nearly 527,000.

Carmela DeCandia, director of the national center and a co-author of the report, noted that the federal government has made progress in reducing homelessness among veterans and chronically homeless adults.

"The same level of attention and resources has not been targeted to help families and children," she said. "As a society, we're going to pay a high price, in human and economic terms."

Child homelessness increased by 8 percent nationally from 2012 to 2013, according to the report, which warned of potentially devastating effects on children's educational, emotional and social development, as well as on their parents' health, employment prospects and parenting abilities.

The report included a composite index ranking the states on the extent of child homelessness, efforts to combat it, and the overall level of child well-being. States with the best scores were Minnesota, Nebraska and Massachusetts. At the bottom were Alabama, Mississippi and California.

The crux of the problem, she said, is the state's high cost of living, coupled with insufficient affordable housing.

"People think, 'Of course we are not letting children and families be homeless,' so there's a lot of disbelief," Hyatt said. "California has not invested in this issue."

Hyatt, 29, was homeless on and off throughout adolescence, starting when her parents were evicted when she was in 7th grade. At 15, she and her older brother took off and survived by sleeping in the tool sheds, backyards and basements of acquaintances.

"These terms like 'couch surfing' and 'doubled-up' sound a lot more polite than they are in practice," she said. "For teenagers, it might be exchanging sex for a place to stay or staying someplace that does not feel safe because they are so mired in their day-to-day survival needs."

Near San Francisco, Gina Cooper and her son, then 12, had to vacate their home in 2012 when her wages of under $10 an hour became insufficient to pay the rent. After a few months as nomads, they found shelter and support with Home & Hope, an interfaith program in Burlingame, California, and stayed there five months before Cooper, 44, saved enough to be able to afford housing on her own.

"It was a painful time for my son," Cooper said. "On the way to school, he would be crying, 'I hate this.'"

In mostly affluent Santa Barbara, the Transition House homeless shelter is kept busy with families unable to afford housing of their own. Executive director Kathleen Baushke said that even after her staff gives clients money for security deposits and rent, they go months without finding a place to live.

"Landlords aren't desperate," she said. "They won't put a family of four in a two-bedroom place because they can find a single professional who will take it."

She said neither federal nor state housing assistance nor incentives for developers to create low-income housing have kept pace with demand.

"We need more affordable housing or we need to pay people $25 an hour," she said. "The minimum wage isn't cutting it."

Among the current residents at Transition House are Anthony Flippen, Savannah Austin and their 2-year-old son, Anthony Jr.

Flippen, 28, said he lost his job and turned to Transition House as his unemployment insurance ran out. The couple has been on a list to qualify for subsidized housing since 2008, but they aren't counting on that option and hope to save enough to rent on their own now that Flippen is back at work as an electrician.

Austin, due to have a second child in December, is grateful for the shelter's support but said its rules had been challenging. With her son in tow, she was expected to vacate the premises each morning by 8 a.m. and not return before 5 p.m.

The new report by the National Center on Family Homelessness - a part of the private, nonprofit American Institutes for Research - says remedies for child homelessness should include an expansion of affordable housing, education and employment opportunities for homeless parents, and specialized services for the many mothers rendered homeless due to domestic violence.

Efforts to obtain more resources to combat child homelessness are complicated by debate over how to quantify it.

The Department of Housing and Urban Development conducts an annual one-day count of homeless people that encompasses shelters, as well as parks, underpasses, vacant lots and other locales. Its latest count, for a single night in January 2013, tallied 610,042 homeless people, including 130,515 children.

Defenders of HUD's method say it's useful in identifying the homeless people most in need of urgent assistance. Critics contend that HUD's method grossly underestimates the extent of child homelessness and results in inadequate resources for local governments to combat it. They prefer the Education Department method that includes homeless families who are staying in cheap motels or doubling up temporarily in the homes of friends or relatives.

"Fixing the problem starts with adopting an honest definition," said Bruce Lesley, president of the nonprofit First Focus Campaign for Children. "Right now, these kids are sort of left out there by themselves."

Lesley's group and some allies have endorsed a bill introduced in Congress, with bipartisan sponsorship, that would expand HUD's definition to correlate more closely with that used by the Education Department. However, the bill doesn't propose any new spending for the hundreds of thousands of children who would be added to the HUD tally.

Shahera Hyatt, of the California Homeless Youth Project, says most of the homeless schoolchildren in her state aren't living in shelters.

"It's often one family living in extreme poverty going to live with another family that was already in extreme poverty," she said. "Kids have slept in closets and kitchens and bathrooms and other parts of the house that have not been meant for sleeping."

"60 Minutes" reported on the problem of homeless children in 2011, interviewing families in Florida that were living in school buses. CBS News' Scott Pelley looked at the crisis of homelessness in the Orlando area, specifically at some of the youngest victims of these recent tough times.

The children featured in the profile spoke about hunger and the difficult decisions their families face to make ends meet, such as choosing food over electricity.

The report, seen by millions, spark a flurry among viewers who wanted to help. Here are some suggestions how, compiled by CBS News.