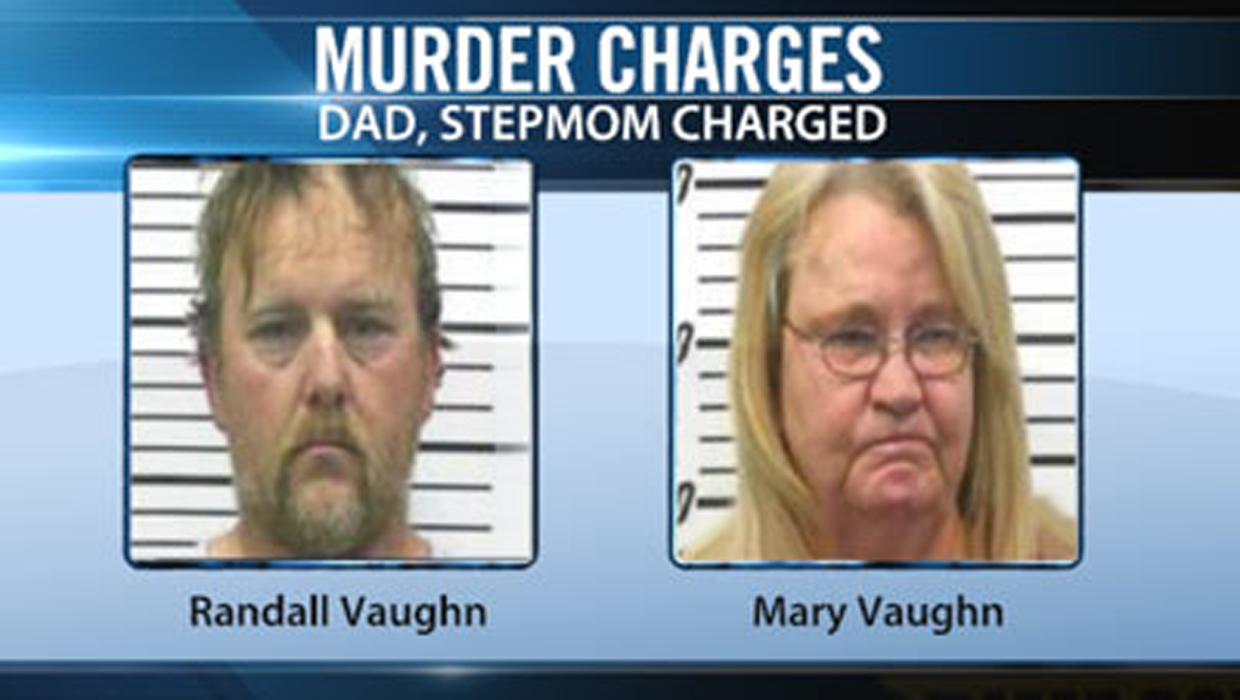 SURGIONSVILLE, Tenn. - An East Tennessee couple accused of forcing the man's 5-year-old daughter to drink more than 2 liters of grape soda and water, causing her brain to swell and rupture, was arraigned Friday on charges of murder, abuse and neglect.

Randall Vaughn and his wife Mary will face trial in October. A judge ordered Friday that Mary Vaughn be represented by a public defender. Randall Vaughn will seek a private attorney. The couple did not enter a plea. They are jailed on $500,000 bond each.

According to the Hawkins County Sheriff's Office and the autopsy report, Alexa Linboom was brought in to the emergency room on Jan. 1, 2012, by the Vaughns.

The girl was blue and unresponsive with "an abnormal body posture that indicates severe brain damage," according to the autopsy, which was completed in July 2013.

The Vaughns were arrested on Wednesday.

An investigation revealed the girl had been forced to drink approximately 2.4 liters of water and soda over one to two hours as punishment. The massive intake of fluid caused her brain to swell and herniate.

According to the autopsy, when she was forced to drink all that liquid, she began vomiting, urinated on herself and asked to take a bath.

"Outside of the bathtub, she tried to eat oatmeal with assistance then started clenching her hands." She arrived at the hospital about 2 to 3 hours later.

"Caretakers told hospital staff that during the ride to the hospital, she sat up in the vehicle and played patty cake," according to the autopsy.

She was transported by air to a regional hospital where she was pronounced brain dead two days later.

The autopsy states that the girl had moved to Tennessee to live with her father about three months before her death. The move was prompted by allegations of neglect at her previous home.

A pediatric check-up about three months before her death had shown no significant problems. She was taken to an outpatient clinic about a month before her death for excessive thirst, urination and eating, but nothing was found to be wrong with her.

According to the autopsy, "Other adults who had regular contact with the child before and after her move to Tennessee describe her as a normal, healthy child and did not notice any unusual eating, drinking habits and that she did not wet her pants at school."

An obituary for the child said, "Some of the things that brought enjoyment to her life was coloring, playing with her Barbie dolls, her love of animals, but her most joy came when playing with her brothers and sisters."