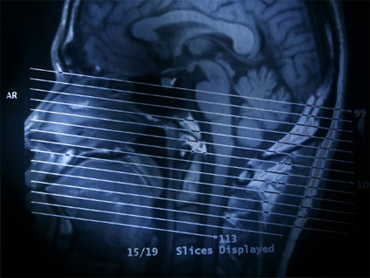 Two studies released today by The American Academy of Pediatrics report the number of concussions suffered by children in sports is on the rise.

One found that from 1997 through 2007 emergency room visits for concussions in kids ages 8 to 13 years old had doubled, and that concussions skyrocketed 200 percent among kids ages 14 to 19 over the same span.

On "The Early Show," CBS News Medical Correspondent Dr. Jennifer Ashton said the concussion rate is up for a few reasons.

"First of all, there are more children and teenagers involved in organized sports," she said. "The sports tend to be more intense in terms of practice and competition. Obviously, our awareness about concussion and brain injury has definitely increased."

Ashton said football has the highest rates of traumatic brain injury in organized sports. However, she added ice hockey, soccer and lacrosse also rank high in concussion risks. And girls, interestingly enough, have a higher concussion rate than boys.

Ashton also dispelled a few myths about concussions, saying, "You don't need to lose consciousness to have a brain injury. Also, imaging like CAT scans are typically normal. You need to be aware of symptoms. Headache is number one symptom after a concussion. You can see sleep disturbances very common, mood changes. The kid might be very moody, (and have) difficulty concentrating. And problems with memory. All of these can mimic depression, anxiety, attention deficit, and everyone needs to be aware of them."

The first study appeared online in the journal Pediatrics Monday, along with one from the American Academy of Pediatrics' sports medicine council, on sports-related concussions.

Ashton shared the story of one young athlete whose tragic death is inspiring others to change.

Matt Gfeller had a great sense of humor, and a flair for the dramatic. But he also had a serious side. He was an Eagle Scout, loved sports, and always told his teammates "I won't let you down."

Demarko Jones, one of Gfeller's teammates at R.J. Reynolds High School, said of Matt: "He kind of uplifted everybody when he was around. He was that kind of a person."

Two years ago, the moment Matt had dreamed about arrived -- the night before his first varsity football game.

Bob Gfeller, recalling the night, said, "We hugged and prayed and what did we pray for? Safety on the football field."

Ashton reported on a routine play in the fourth quarter the unimaginable happened -- a blow to the side of Matt's head by another player's helmet caused a traumatic brain injury, ending Matt's life.

Bob said, "Never in my wildest dreams would I think that our son was at risk of being killed playing football in high school."

Bob and Lisa Gfeller are rebounding from the tragic loss of their son, and have founded a traumatic brain injury research center in Matt's memory at the University of North Carolina at Chapel Hill.

Lisa said, "(The center) sort of helps his spirit live on if we take on the role of awareness and prevention and treatment."

According to the Centers for Disease Control and Prevention, there are as many as 3.8 million sport-related concussions every year.

Kevin Guskiewicz, Gfeller Center director, told CBS News, "One in 10 high school football players will undergo a concussion in a given season. Unfortunately, 30 to 50 percent of those will go undiagnosed or unreported. And so we need to close the gap on that."

According to research, the brains of young athletes are especially vulnerable for seven to 10 days after an injury.

Guskiewicz explained, "With a concussion we can see that the brain basically rebounds off of the front side or the back side of the cranial cavity and it can be bruised."

Ashton pointed out sufficient recovery time is essential to allow the injured brain to heal.

At the Gfeller Center, healthy athletes are put through mental exams and balance tests prior to any injuries. Comparing results from before and after a brain injury can reveal important clues.

Guskiewicz said, "It's oftentimes like piecing together a puzzle and the more pieces of that puzzle that you can put together you get a better view."

An athlete may not be aware of any symptoms -- but test results can be more accurate and help determine how soon an athlete can safely return to competition.

This year football players at Matt's high school are taking part in this new trend of being tested before the season, ensuring his legacy lives on.

Bob said, "We're just hoping that his loss can lead to other families who can be smarter more knowledgeable and protect their children."

For more information, go to the Matthew Gfeller Foundation.