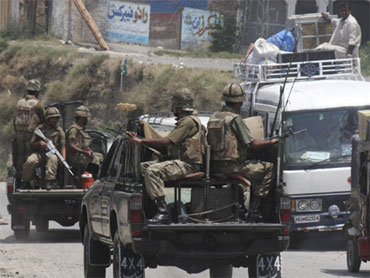 Combatting child abuse is a cause with universal support. Yet a push to create a national database of abusers, as authorized by Congress in 2006, is barely progressing as serious flaws come to light in the state-level registries that would be the basis for a national list.

In North Carolina, an appeals court ruled last month that the registry there is unconstitutional because alleged abusers had no chance to defend themselves before being listed.

In New York, a class-action settlement is taking effect on behalf of thousands of people who were improperly denied the chance for a hearing to get removed from the state registry.

And the U.S. Supreme Court is scheduled to hear a case this fall arising from the plight of a California couple whose names remain on that state's registry years after they were cleared of an abuse allegation made by their rebellious teenage daughter.

"Nobody wants to be seen as soft on child abuse - and that's gotten us where we are," said Carolyn Kubitschek, a New York attorney who has waged several court battles over the registries. "In the state of New York, it is still almost impossible to get off the list."

More than 40 states have the abuse registries - which are distinct from the better-known registries of convicted sex offenders that every state makes publicly available on the Internet. The abuse lists aren't accessible to the public, but are used by day-care centers, schools, adoption agencies and other entities to screen people who want to adopt, be foster parents or get a job working with children.

Even critics of the registries say they can serve a vital purpose in barring perpetrators of serious abuse from roles where they would interact routinely with children. It's the process underlying many of the registries that has come into question - and their potential to entangle innocent people as well as wrongdoers.

A person doesn't have to be convicted or even charged with a crime to get listed. Under the general practice in most states, entries are based on a child protection investigator's assertion that the person committed an act of abuse or neglect; hearings or appeals, if granted at all, often come long after the name is entered.

"Anybody can call a child abuse hotline and report abuse - anybody, including your ex-spouse who hates you, your landlord who's trying to evict you," Kubitschek said.

By law, she said, child protection services must investigate each call - and their subsequent reports can lead to a person's placement on an abuse registry before they are notified or allowed to defend themselves.

The problems with due process were highlighted last year in an interim report by the U.S. Department of Health and Human Services, which has been directed by Congress to assess the feasibility of a national child abuse registry.

"Strong due process protections could necessitate significant changes to CPS investigation processes in some states that could be costly to implement and may discourage participation in a national registry," the HHS report said.

The report also questioned whether a national registry might be plagued by "false positives" affecting innocent people sharing a name with a perpetrator.

The potential problems will be assessed by a new HHS-commissioned study over the next two years, examining the state registries, gauging the states' interest in participating in a national registry, and trying to determine if one is indeed needed.

"Would a national registry in fact be useful to states?" said Barbara Broman, an HHS official who oversaw preparation of the interim report. "We do not know the answer to that question."

Congress authorized a national child abuse registry in 2006 as part of the Adam Walsh Act, named for a Florida boy abducted and murdered in 1981. His father, John Walsh, hosts the TV series "America's Most Wanted."

Among those urging faster progress toward a national registry is Sen. Chuck Schumer, D-N.Y., who says such a list would help track child abusers who cross state lines to avoid detection and offend again in the new location.

"It doesn't make any sense at all that while we try to watch sex offenders like hawks, we let child batterers, who physically batter children, slip through the cracks," he told a news conference last month.

However, Howard Davidson of the American Bar Association's Center on Children and the Law, said most people on the state registries are accused of neglect, not battering or other physical abuse.

Davidson supports use of the registries to screen potential adoptive or foster parents. But he questions whether they're a suitable tool for employers to vet job applicants because of inconsistencies in the level of proof required to register a name.

A disproportionate number of people on the registries are poor, Davidson said, decreasing their chances of successfully challenging an unfair inclusion on the list.

Even the National Child Abuse Coalition, a major player in Washington in advocating on behalf of abused children, is cautious about the proposed national registry.

Tom Birch, the coalition's legislative counsel, said there are many unanswered questions about the registry's costs and how it would reconcile differences in the states' definitions and handling of child maltreatment.

"Rushing ahead to create a national registry is not the way to go at this point," he said. "It would need to be done right."

While the abuse registries remain out of the spotlight in most states, there have been some notable recent developments. Among them:

California has had a series of cases involving people who were exonerated of abuse allegations yet struggled to get their names off the state's Child Abuse Central Index.

One such case is scheduled to be heard by the U.S. Supreme Court this fall. Lawyers say it will draw attention to the registry debate even though the issue before the justices involves a dispute over Los Angeles County's position in the case - not some of the more fundamental issues raised during their nine-year legal battle.

The couple, Craig and Wendy Humphries of Valencia, were arrested in 2001 after their daughter, then 15, accused them of abuse; their younger children were placed in foster care. State courts ruled the allegation was false but they remain on the list of 800,000 names.

In 2008, a federal appeals court found the registry system unconstitutional because there's no way for the innocent to clear their names. The ruling empathized with the Humphries as "living every parent's nightmare."

Esther Boynton, the Humphries' attorney, is frustrated by what she considers a slow, piecemeal government response to the ruling.

"It shows how the defendant is circling the wagons, how hard they will fight," she said. "This goes on and on and on. My clients are living through that."

Boynton knows the ordeal firsthand - she was placed on the abuse index in 1990 after accidentally splashing her 17-year-old daughter with hot coffee. Only three years later, applying for a volunteer job, did she learn she was on the list; it took two more years of litigation to get removed.

Later, Boynton represented a Bakersfield stockbroker, Scott Whyte, who had been accused of child abuse by an ex-girlfriend in 1986. Whyte avoided contact with their son for years, worried that another allegation might land him in prison, before he was cleared and won a 2007 court ruling upholding his right to challenge the index system.

Despite the vindication, Whyte says being on the registry left lasting scars.

"I will never get over this - it is still oozing out of me," he said in a telephone interview. "I think I've given up my anger, but I have to continually readdress that. Forgiveness was so difficult."

Boynton says the officials responsible for the registries have good intentions, with the aim of protecting children, but often overlook the harm that can befall people wrongly placed on the lists.

North Carolina's Court of Appeals ruled in March that the state's registry process was unconstitutional because it gave suspected abusers no chance to defend themselves prior to being listed. The ruling also required a higher standard of proof before a name could be entered.

Sherry Bradsher, director of the state's Division of Social Services, said the legislature would amend the law to conform with the ruling. Temporarily, she said, the roughly 8,000 names on the list will not be made available - but their long-term status is uncertain.

The law was challenged by Kelly Holt, whose name had been on the list since 2007 even though he denied abusing his son and was never charged with a crime.

His attorney, Miriam Thompson, said the unanimous appeals court ruling brought tears to her eyes with its eloquent affirmation of the right to due process.

"I have two daughters - I'm all for protecting them," Thompson said. "But you've got to provide a better system before you accuse someone and put them on that list. That's a punishment, a state action with consequences. Before you do that, you've got to prove it."

In New York State, lawyer Thomas Hoffman is representing thousands of people who may have been improperly denied the chance for a hearing to get removed from the state abuse registry.

Hoffman says somewhere between 17,000 and 25,000 requests for hearings were terminated prematurely by the Office of Children and Family Services between 2003 and 2007 - in many cases with the request letters simply shredded. Under a proposed class action settlement, the state has agreed to restore their right to a hearing and promised not to allow employers access to their names in the meantime.

However, Hoffman says it may take years for these hearings to be scheduled - which could leave many of the affected individuals in limbo while prospective employers get no response of any sort to screening requests.

"At least 50 percent of the people who get a hearing are exonerated," Hoffman said. "There are a lot of people who don't belong there, and it's taking too long to exonerate them."

"There's a good purpose for these lists," Hoffman added. "But you could have a divorce case, fighting over custody, the dad puts the kid in car with no seat belt on and the mom calls it in. Suddenly you're on the same list as the pedophile, and the employer doesn't know difference."

Missouri's Supreme Court, in a 2007 ruling, said the state's method of placing people on the abuse registry was unconstitutional because it allowed a listing based solely on a state investigator's determination. Now, a hearing is required beforehand.

Since the ruling, disputes have flared over how many names should be removed from the registry.

"It's a horrible thing to be on this list," said Timothy Belz, the lawyer who won the 2007 case. "You can't get a job as a teacher, a nurse. You can't volunteer for your church's nursery duty.

"If you're a sex offender, your name doesn't go on the list until you're convicted," Belz added. "But if you're a little late getting a kid to the emergency room after he cut his finger, you could be on the list for ever."

"You can't find a lawyer or judge who isn't shocked," he said. "Yet you go to the legislature and it's like pulling teeth to get it changed. All it takes is one kid to get molested, one horrible story, and the legislators just go nuts. The legislature ought to require itself to cool off."