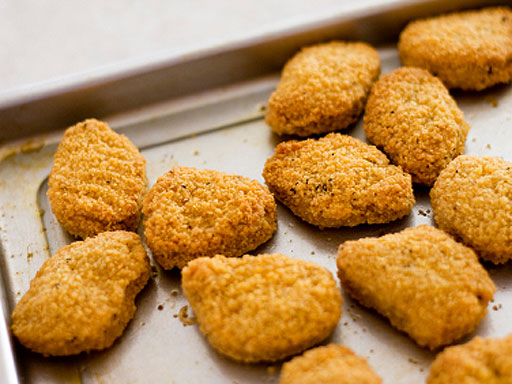 (CBS/AP) Consumers cried foul after bits of blue plastic showed up in their chicken nuggets - and Perdue Farms Inc. responded by recalling more than 90,000 pounds of frozen chicken nugget products.

The U.S. Department of Agriculture's Food Safety and Inspection Service announced Monday that the affected product is the 1-pound, 13-ounce bag of "GREAT VALUE Fully Cooked Chicken Nuggets." The nuggets are sold in Wal-Mart stores nationwide.

Purdue says consumers who bought the affected nuggets can return them to the store for a refund.

Agriculture authorities have not gotten any reports of injuries and called the risk low. But you don't have to be chicken not to want to eat them.