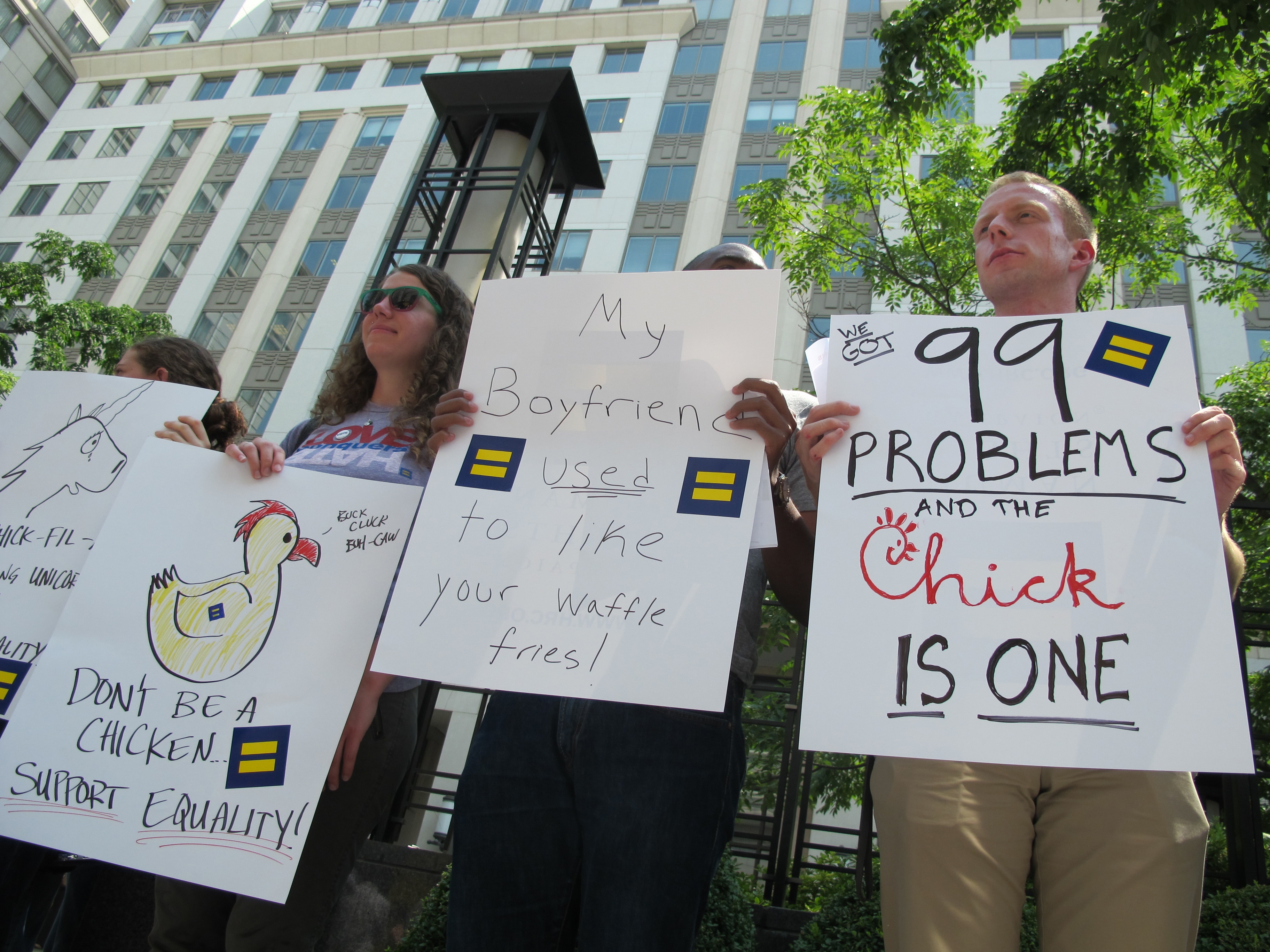 (CBS News) Former Arkansas Gov. Mike Huckabee, who led Wednesday's show of support for Chick-fil-A and its conservative ties, said Thursday morning he has no problem with gay rights supporters organizing a counter-protest for Friday.

"That's America," Huckabee said on Fox News Thursday morning. "As long as they're orderly. As long as they don't disrupt the flow of customers and traffic."

Huckabee on Wednesday led "Chick Fil-A Appreciation Day," during which conservatives ate at the fast food chain to show support for its President and COO Dan Cathy, who has unapologetically voiced his opposition to same-sex marriage. Chick-fil-A's charitable arm has a history of donating to conservative groups that oppose same-sex marriage.

On Friday, gay rights groups like the Gay and Lesbian Alliance Against Defamation (GLAAD) are promoting National Same-Sex Kiss Day at Chick-fil-A's across the country.

Activist Carly McGehee told GLAAD she was inspired to call for the "kiss in" because an economic boycott of Chick-fil-A didn't go far enough.

Slideshow: Politicians flock to Chick-fil-AThousands line up in support of Chick-fil-A

"Change will not come if we are sitting at home behind closed doors," she said. "We need to show not just the Chick-fil-a company, but the rest of the country that our numbers are great. By participating in the kiss in, thousands of people will get out of the house and show their support for LGBT equality."

On Fox, Huckabee said, "If they believe that this will help their cause - to put people of the same sex kissing each other in front of families - if they believe that will encourage people to be more sympathetic, then more power to them."

Watch House Democratic leader Nancy Pelosi on Thursday tell reporters that she believes in "freedom of expression" for both sides. She noted, however, "I'm a Kentucky Fried Chicken fan."