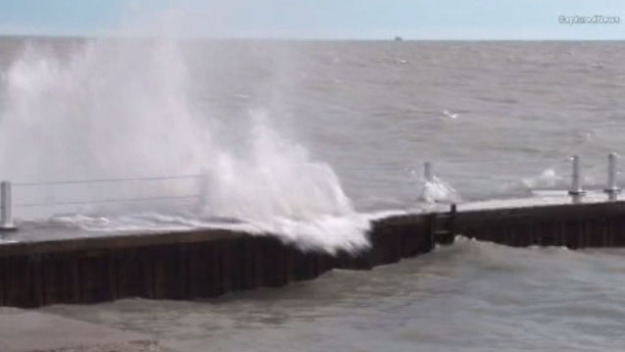 CHICAGO -- Chicago firefighters suspended their search for a teenager who was swept into Lake Michigan on Thursday, when a large wave crashed ashore at Diversey Harbor, CBS Chicago reports.

Fire Department spokesman Larry Langford said two friends were walking along the lakefront at Diversey Harbor when a large wave swept an 18-year-old male into the water. The victim's friend tried to help him out of the water, but was unable to do so.

Four Fire Department divers went into the water to search for the teen, but suspended the search after an hour, because of "extreme turbulence."

"It was a very difficult dive. There was zero visibility. And with this wave action out here, it really caused a lot of difficulty during the dive," Chicago Fire Department Deputy District Chief Don Dorneker tells CBS Chicago.

It was unclear when the search would resume.

Although winds have died down a bit since Wednesday's blizzard, according to the National Weather Service, occasional waves of up to 15 feet continued to pound the southern tip of Lake Michigan on Friday.