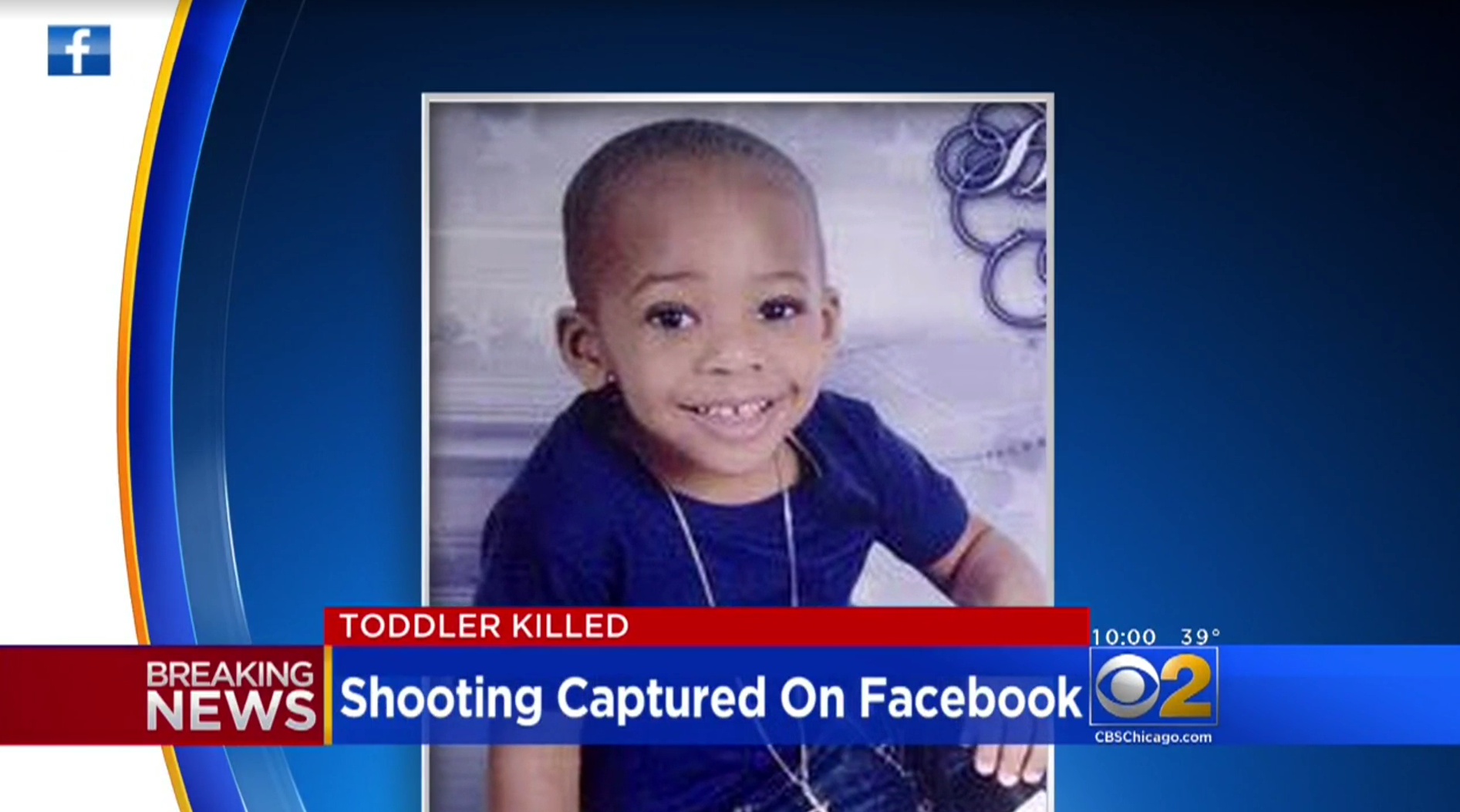 CHICAGO --The latest shooting to claim the life of a Chicago child was captured on Facebook Live, CBS Chicago reports.

The video shows motorists riding and listening to music, with a 2-year-old boy in the back seat.

Three minutes into the video, there are gunshots, as the car fired upon in an alley. Police say another vehicle pulled up, a gunman got out and opened fire.

The bullet holes pierced the back windshield. A 2-year-old boy, Lavontay White, was shot in the head and he died at the hospital.

“This has got to stop,” Chicago Police Supt. Eddie Johnson said at the crime scene. “Our children shouldn’t have to keep paying the price for our inability to hold repeat gun offenders accountable for their actions.”

In the front of the car, Lavontay’s pregnant, 20-year-old aunt and her boyfriend were hit. She and her unborn baby lived, but the boyfriend – a gang member, according to police — died at the scene.

“We believe this was a targeted shooting. So, these people were looking for him,” Johnson said.

No one is in custody. But police say they already have good leads, including video.