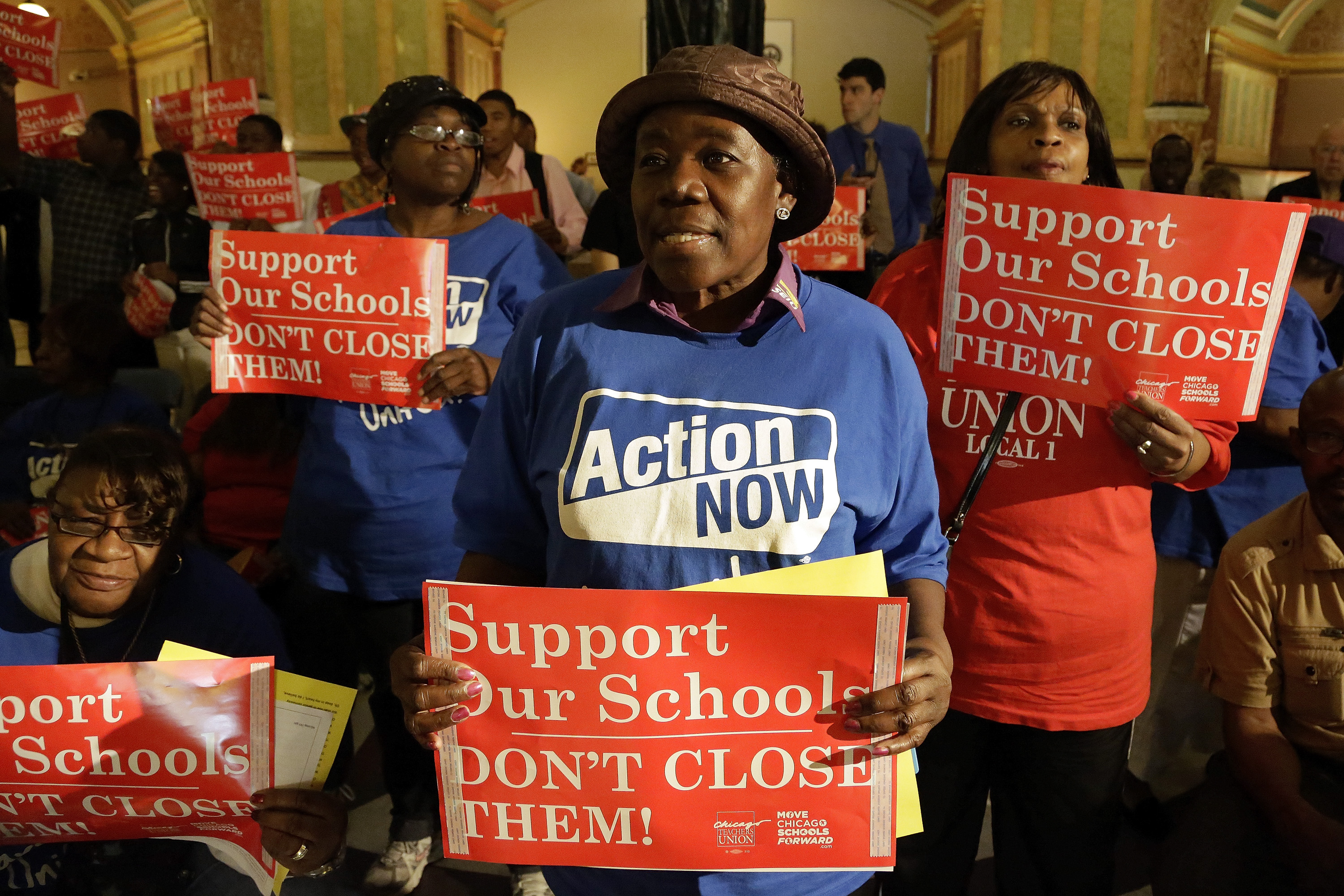 CHICAGO Chicago Public Schools says its plan to close 50 schools and programs means that it will have to lay off nearly 850 workers.

The number released Friday includes about 550 teachers along with teacher assistants, bus aides, clerks, custodians and security officers. CPS says some of those workers will be eligible to reapply for other jobs. They will be notified in mid-July.

"Today is the third time CPS has spoken to its employees directly about the impact to them and the benefits and supports we are offering," CPS announced in a statement, according to CBS station WBBM . "CPS met with employees at each of the schools when the actions were proposed, following the board vote, and now Friday with a personalized communication that specified their eligibility for certain benefits."

The Chicago Board of Education voted last month to close facilities it says are underused. Supporters say the closings will save the district hundreds of millions of dollars over 10 years and improve education.

But the Chicago Teachers' Union and others have said the closings disproportionately affect minority neighborhoods and will endanger children who may have to cross gang boundaries to get to a new school.