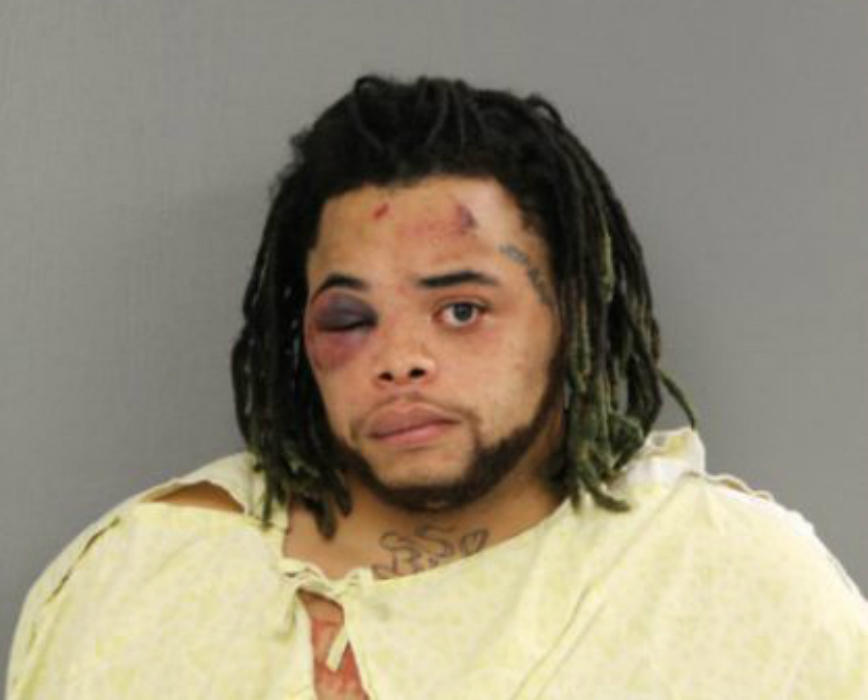 CHICAGO — Chicago police say an officer who was attacked by a man allegedly high on PCP should have shot the man, but risked her life out of fear the shooting would be controversial, reports CBS Chicago.

Parta Huff, 28, was charged Friday with attempted murder of a police officer after admitting in court to the attack.

A police officer and her partner were on patrol Wednesday when they witnessed a car crash. Seeing a man, who they say was Huff, leave the scene, they followed, according to police.

Video released by police shows officers yelling commands at Huff, who appeared not to follow the orders.

“A subject who was under the influence of PCP attacked the female officer, viciously pounded her head into the street as her partner was trying to get him off of her. This attack went on for several minutes,”  Chicago Police Supt. Eddie Johnson said during a press conference Friday.

Body cam footage appears to show Huff holding on to the officers hair, as other officers attempt to subdue him. Huff admitted in court Friday that he slammed the officer’s head into the pavement. She lost consciousness during the incident.

Johnson said the officer should have shot her attacker, but chose not to so her family and department would not face the kind of intense public scrutiny experienced by other officers who have shot people.

“She looked at me and said she thought she was going to die, and she knew that she should shoot this guy, but she chose not to because she didn’t want her family or the department to have to go through the scrutiny the next day on national news,” Johnson said.

Huff has no bond, according to Cook County State’s Attorney office.