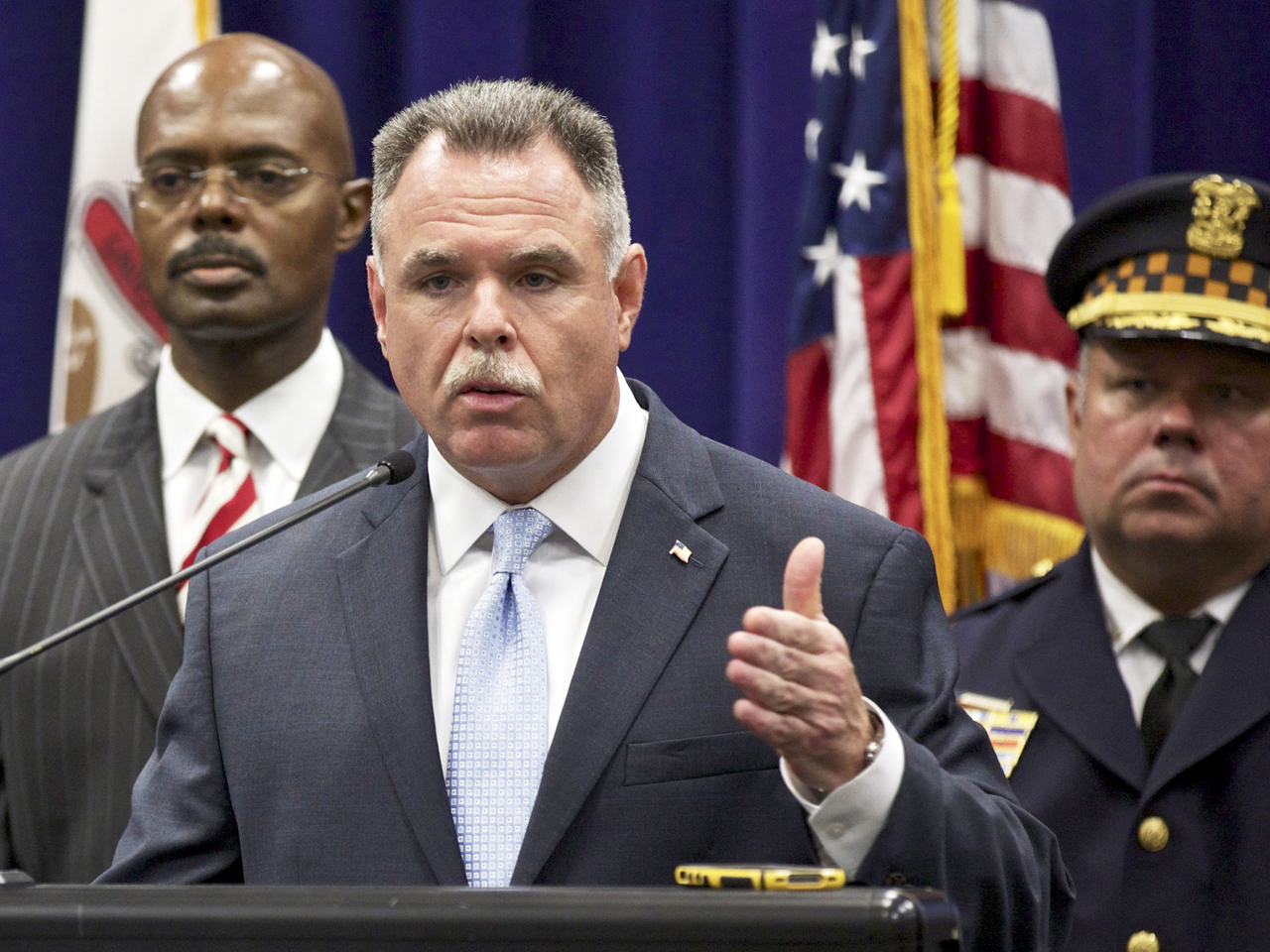 CHICAGO Those behind a late-night attack at a southwest Chicago park in which 13 people were wounded, including a 3-year-old, used an assault-style weapon to spray the crowd with bullets, making it "a miracle" no one was killed, the city's police superintendent said Friday.

Ballistics evidence shows that those behind Thursday night's attack used a 7.62 mm rifle fed by a high-capacity magazine, police Superintendent Garry McCarthy told reporters. That type of weapon, he said, belongs on a "battlefield, not on the street or a corner or a park in the Back of the Yards," the neighborhood where the shooting took place.

"It's a miracle in this instance that there have been no fatalities based upon the lethality of the weapon used at the scene," McCarthy said, calling on lawmakers to restrict the sale of such weapons and choke off the flow of illegal guns into the city.

In total, 19 people were shot citywide Thursday, leaving one dead and 18 others hurt, the police said.

The first wave of violence broke out after 6 p.m. with four people being wounded by gunfire, CBS News correspondent Dean Reynolds reports from Chicago. The second wave after 10 p.m. required more than 60 police officers and 10 ambulances to respond.

As bullets began to fly at Cornell Square Park on Chicago's South Side, people scattered, taking cover wherever they could, police and witnesses told CBS Chicago station WBBM-TV. People were watching a basketball game and enjoying a warm late summer night.

Investigators believe several people took part in the attack but weren't sure yet how many fired shots. McCarthy said that based on witness interviews, it appears the attack was gang-related and that several victims are gang members.

"Even if it's gang-related, even if we have the most hardened criminals who becomes the victim of gun violence, that individual is the father, brother, sister sometimes parent of somebody else," McCarthy said. "So murder is not a one-victim crime."

Among those shot was a 3-year-old boy, Deonta Howard, and two teenagers, a 15-year-old and a 17-year-old.

Deonta was alert when he arrived at the hospital and was apparently doing well, his family and friends said early Friday. He was in critical condition, as were two other shooting victims. The others were reportedly in serious or fair condition.

"Senseless and brazen acts of violence have no place in Chicago and betray all that we stand for," Mayor Rahm Emanuel said in a statement Friday. "The perpetrators of this crime will be brought to justice and prosecuted to the full extent of the law."

Deonta's uncle, Julian Harris, told the Chicago Sun-Times that dreadlocked men in a gray sedan shot at him Thursday night before turning toward the nearby park and opening fire. He said his nephew was shot in the cheek.

"They hit the light pole next to me, but I ducked down and ran into the house," Harris said. "They've been coming round here looking for people to shoot every night, just gang-banging stuff. It's what they do."

McCarthy said officers were "interviewing a number of people" but there was no one whom he would describe as being in police custody. Detectives were scouring the area in search of video that could be pulled and examined.

This latest outbreak of violence comes on the heels of an FBI report released just this week branding Chicago as the murder capital of America with 500 murders recorded in 2012. That's even more than New York City, which has three times the population of Chicago.

The shooting comes nearly three weeks after Chicago saw an outburst of violence over the Labor Day weekend that ended with eight dead and 20 others injured. Overall, though, violent crime is down in 2013 compared with 2012, when homicides surged past 500 for the first time since 2008. Through Sept. 8, Chicago had registered 297 homicides this year. That was 21 percent fewer than the 377 recorded over the same period last year.

The boy's grandmother told WBBM-TV that Deonta's uncle was one of the eight people murdered in the city over Labor Day weekend.

In response to last year's surge in violence, the police department stepped up its crime-fighting efforts by, among other things, paying overtime to add patrols to some neighborhoods, including the Back of the Yards. Through the first six months of the year, the department had spent more than $57 million on overtime pay for officers, more than half of it from a program that saturates dangerous neighborhoods with hundreds of officers every night.

Officer Amina Greer said at least 10 ambulances responded to the scene on Thursday and took victims to several area hospitals. One victim transported himself to a hospital, police said.

The 3-year-old boy was taken to Mount Sinai Hospital. Hospital officials declined to disclose his condition, but fire officials said the boy's condition was critical.

The Rev. Corey Brooks, a pastor at New Beginnings Church, spoke with family members outside the hospital and said the boy was resting with his mother.

"He was talking when they first brought him in, but he's heavily sedated now," he said.

"They say he's good," said Semecha Nunn, the boy's grandmother. "They going to have to do a little plastic surgery on him, but he's OK."

Francis John, 70, said she was in her apartment when the shooting occurred. She said she went down to see what was going on and "a lot of youngsters were running scared." A 30-year resident, she said she was surprised by what had happened.