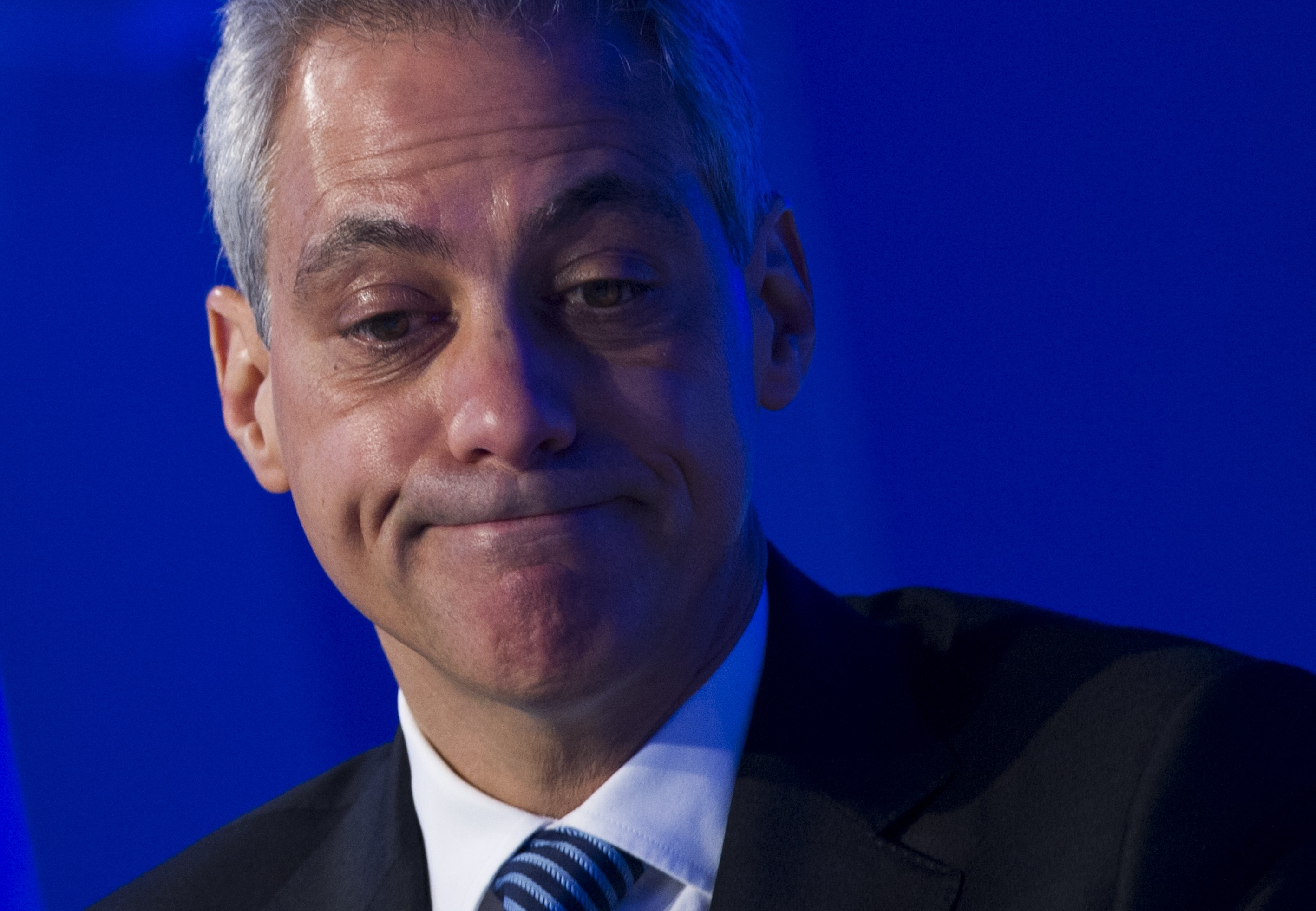 CHICAGO -- Mayor Rahm Emanuel acknowledged that his motorcade has blown through red lights on multiple occasions, and he says he pays the fines, reports CBS Chicago.

A blog that chronicles crime on Chicago's North Side posted five videos that appear to show the mayor's motorcade going through red lights. All of the violations have occurred since November, including three in January alone.

The most recent incident, recorded Jan. 14, shows one black SUV turning left on yellow, which is legal, but then a second SUV follows through after the light has turned red.

Four days earlier, at another location, the first SUV is seen going straight through a yellow light, followed again by the "tail" car after the light has turned red.

Emanuel said that because there are two cars in his motorcade, sometimes the "tail" car has to go through red lights in order to keep up.

"Whatever it is, I pay them, even though I'm not driving," the mayor told reporters.

Pressed again on the issue, Emanuel got defensive.

"I said I was going to pay it. That's what it means when you're not above the law. I couldn't be clearer. ... Thank you," the mayor said, before walking away.

The mayor, a proponent of Chicago's controversial red-light cameras, has said they enhance safety by making motorists more careful. Critics argue they're intended to raise money for the city's budget.

"The drivers are trained to stay together and that will not change," Maloney said.

20 years after string of hospital deaths, ex-nurse charged with murder
Thanks for reading CBS NEWS.
Create your free account or log in
for more features.
View CBS News In
CBS News App Open
Chrome Safari Continue
Be the first to know
Get browser notifications for breaking news, live events, and exclusive reporting.