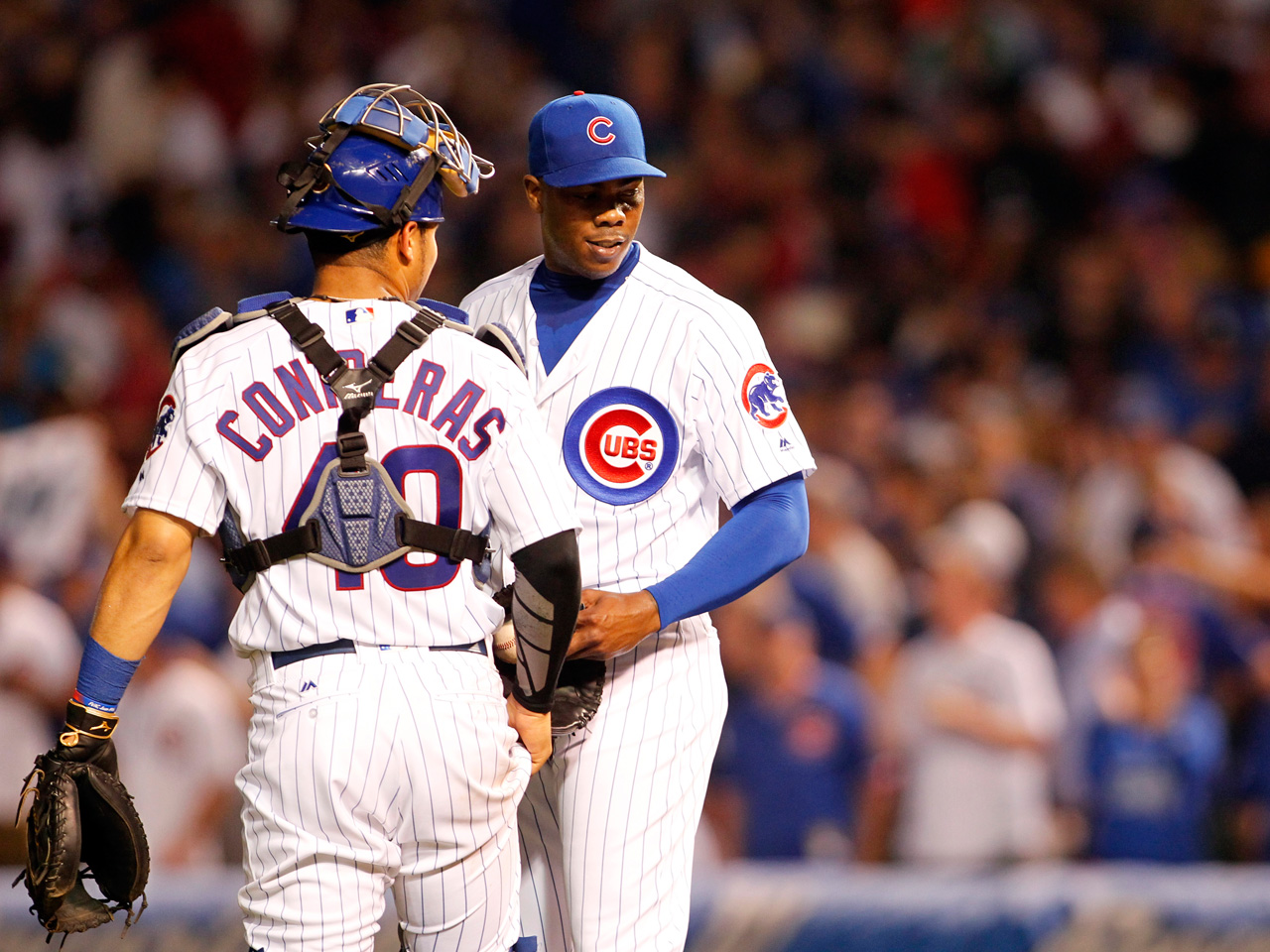 CHICAGO - The Chicago Cubs have fired a DJ who played a song with references to violence after reliever Aroldis Chapman left the mound against the St. Louis Cardinals on Sunday.

The DJ was fired for playing "Smack My B---- Up" by The Prodigy.

Chapman served a 29-game suspension to begin the season under Major League Baseball's new domestic violence policy. His girlfriend told police Chapman had pushed and choked her on Oct. 30. Chapman said there was an argument but he was pushed down by his girlfriend's brother, then got a handgun and fired eight shots into a wall and window while locked in his garage.

Cubs President Crane Kenney apologized, saying: ''We apologize for the irresponsible music selection during our game last night. The selection of this track showed a lack of judgment and sensitivity to an important issue. We have terminated our relationship with the employee responsible for making the selection and will be implementing stronger controls to review and approve music before public broadcast during our games."

CBSSports.com reports that the Cubs acquired Chapman from the Yankees a week before the trade deadline in a deal that was heavily criticized due to the domestic violence allegations.