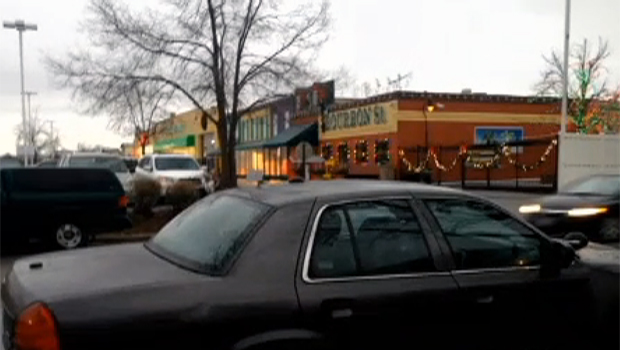 CHICAGO -- A CBS Chicago viewer was startled to see large groups of police officers watching Bears games at a suburban bar, so he asked the station to find out was going on, reports CBS Chicago.

In an email to CBS 2 reporter Pam Zekman, the viewer expressed concern about what he had witnessed in Merrionette Park, a suburb southwest of Chicago.

According to his email, “When the Chicago Bears play, the restaurant fills up with plain cloths [sic] tactical officers … no wonder why people are being shot, 25 officers in restaurant for 3 hours.”

CBS 2 checked it out.

On Dec. 29, a group of plainclothes officers was at the restaurant. The Chicago Police Department identified them as tactical officers assigned to the 5th District, which includes the high-crime Roseland neighborhood.

Two of those tactical unit officers stayed and watched the Bears game for an hour and 52 minutes, CBS 2 reported. That’s a clear violation of written lunch rules that allow for between 30 minutes to an hour, depending on a police officer's assignment.

Their unmarked car was parked on the street when it should have been patrolling the South Side of Chicago.

"I grew up in Roseland. I’ve seen the crime rate," Marketa Kristofek says. “They need to be on the streets here patrolling the citizens of Roseland.”

CBS 2 observed another nine uniformed Chicago police officers that day, even though department policies say lunch is to be taken ”within the district of assignment” and that supervisors are supposed to “prevent unnecessary congregating at eating establishments.”

The officers arrived in marked police vehicles and left together within one hour of their arrival, conforming with the department’s lunchtime rule.

But after the department confirmed CBS 2’s findings, a police spokesman said the two tactical officers who stayed for nearly two hours will be disciplined.

However, the spokesman said the department has no problem with the cops eating outside of their district, in part because of how close the restaurant is to the city boundary line.

On Dec. 9, CBS 2 found another group of four tactical officers watching a game. Members stayed for an hour and 55 minutes — another apparent violation of the department's lunch-hour rule.

All of the other officers on both days did leave within an hour — apparently not violating any of the department’s lunchtime rules.

And all of the officers sat in the restaurant of 115 Bourbon St. They did not appear to be drinking any alcoholic beverages.

The department is still trying to identify the officers who were there on Dec. 9 for nearly two hours.

A spokesman said: "The Chicago Police Department does not tolerate any improper actions by its officers. Corrective action has been taken and we continue to examine if additional discipline is necessary."