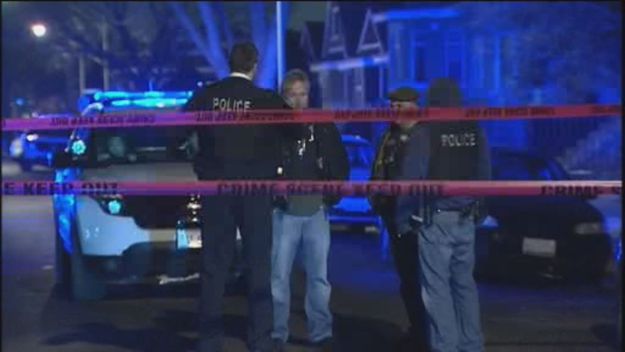 The boy was in critical condition Friday morning at Mount Sinai Medical Center, after he was shot in the chest in a drive-by shooting in the 3000 block of West 54th Street around 9 p.m. Thursday.

Police said he was on the sidewalk near his home when a red SUV pulled up, and someone inside fired shots at him. Friends said the boy often is seen playing outside.

A witness said he heard two gunshots, then tires screeching.

"He was a good friend of mine. We always, during the whole year, we used to hang out; just play football or basketball around here. He wasn't getting into any gangs. He was a good kid," Manuel Lepez said.

Ernie Loza said his brother ran to the victim's side after the boy was shot.

"He rushed to him, and what I heard, what he told me, his eyes were closed, and he was just hurting, like, 'Freddie, please help me. Please get some help. Don't tell me this is happening.' That's heartbreaking to hear that from a little kid," he said.

Loza said the area has been getting more and more dangerous, and they want to see more police officers in the community.

Police said it's unclear if the boy was the intended target.

Area South detectives were investigating. No one was in custody Friday morning.