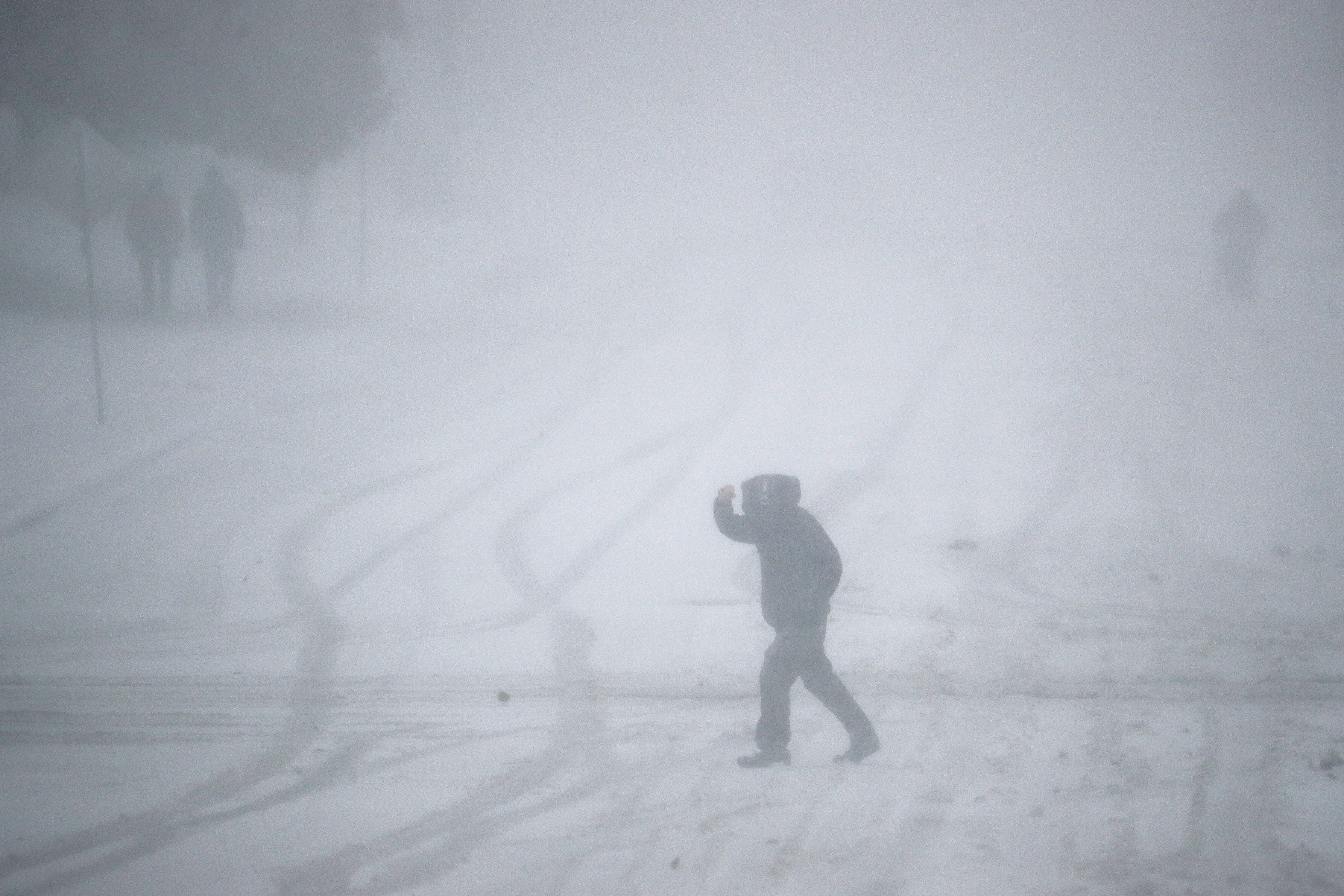 CHICAGO – A winter storm brought blizzard-like conditions to parts of the Midwest early Monday, grounding hundreds of flights and causing slick roads for commuters as they returned to work after the Thanksgiving weekend. CBS News correspondent Dean Reynolds reports the Coast Guard is urging people to stay away from Lake Michigan, where waves could reach as high as 18 feet.

The National Weather Service said 7.5 inches of snow fell at Chicago's O'Hare International Airport and 4.9 inches fell at Midway International Airport. The Chicago Department of Aviation reported early Monday that, on average, departures were delayed by 77 minutes out of O'Hare.

The flight-tracking website FlightAware reported 875 flights headed to or from the U.S. were canceled. One Chicago native trying to fly to Orlando, Florida, chided himself for not heeding the weather forecast, but maintained his sense of humor.

"I knew it was right around the corner, and behold I stayed that one extra day and paid the price. So I was able to spend the evening here at beautiful O'Hare and had plenty of company," said Mark McCoy, referring to all the other travelers stranded at the travel hub. "It's all part of the Thanksgiving travel experience when you're flying somewhere."

Heavy snow continued through the early hours of Monday, slamming the Chicago area with up to a foot of snow. Whiteout conditions stalled commuter traffic on the roads.

Authorities warned that roads were icy and covered with snow and encouraged people to stay off the roads unless travel was essential. Further south, Gov. Jeff Colyer declared a state of emergency in Kansas on Sunday after 2 to 14 inches of snow fell in parts of the state.

The state Department of Transportation reported several road closures Monday, mostly in the extreme northeast, but said a stretch of Interstate 70 that had been closed on Sunday was reopened. The weather service said that 3 to 9 inches fell across northern Missouri on Sunday.

The Missouri State Highway Patrol reported multiple fender-benders but by midmorning on Monday the Department of Transportation said all roads were opened. Flights were mostly on time Monday at Kansas City International Airport, one day after the storm caused widespread delays.

Roads in much of Nebraska and the southern half of Iowa remained covered in snow and ice early Monday after the storm had passed those states. Several state and U.S. highways were impassable in Nebraska, but traffic was moving on Interstate 29 in the southwestern corner of Iowa and Interstate 80 in the eastern part of the state, despite a blanket of snow.

Roads were slick in northern Indiana early Monday after about 2 inches of snow fell, and more was forecast through the afternoon. Parts of southeastern Wisconsin, just north of Chicago, suffered a glancing blow from the storm, with about 9 inches of blowing and drifting snow.