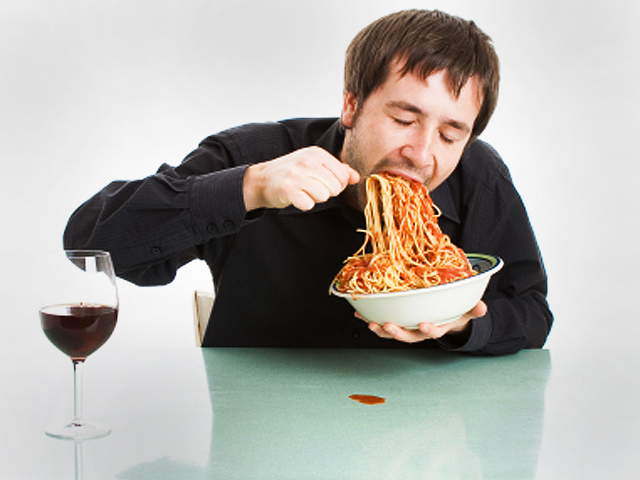 (CBS) Here's something to chew on next time you sit down to eat. A new study suggests chewing food more often can help people control their weight.

"Eating quickly, gorging and binge eating have a substantial effect on being overweight," study author Dr. Jie Li, a researcher at Harbin Medical University in China, told The Daily Mail.

For the study, published in the August issue of the American Journal of Clinical Nutrition, Li's team of Chinese researchers enlisted 30 young men, 14 who were obese, and 16 who were skinny. First in a baseline study, the researchers looked at whether obese men chewed differently than their skinny counterparts, and found fat guys ingested food faster and took fewer chews.

Next, the researchers fed the guys a carb-heavy meal and asked them to chew it either 15 or 40 times per bite. They found the thorough chewers ingested nearly 12 percent less calories, regardless of if their weight.

Can people really chew their way to weight loss?

"I am not sure that this is a viable obesity prevention measure." Dr. Adam Drewnowski, director of the University of Washington Center for Obesity Research in Seattle who was not involved in the study told Reuters.

"I suppose that if you chew each bite of food 100 times or more you may end up eating less."