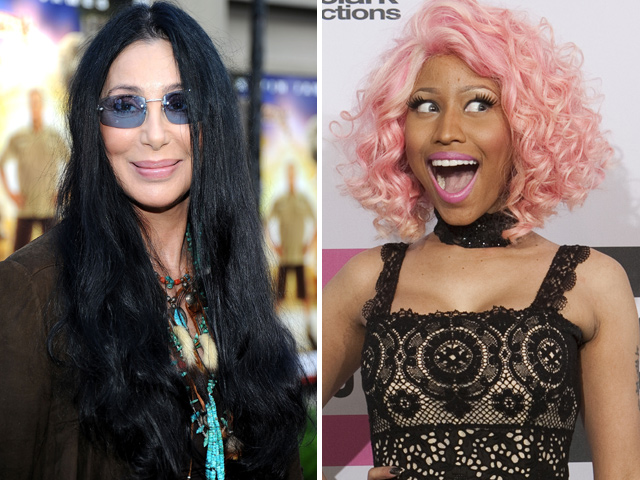 (CBS)While everyone  else  was feasting on turkey over the holiday weekend, singers Cher and Nicki Minaj were reportedly engaged in a Twitter feud.

The drama started when a fan asked Cher what she thought about Minaj's "diss" on her song "Did It On 'Em."

The line in the song states: "If you could turn back time, Cher/ You used to be here, now you're gone, Nair."

But Minaj's devoted fans fired back at Cher. They included Minaj's reported  boyfriend Safaree Samuel who tweeted, " yo @cher listen to the words b4 you say dumb s*** on twitter... do you know what a rap metaphore (sic) is???"

The singer/rapper herself simply tweeted to Cher, " @cher #stopit5."

After Samuel's tweet, Cher apologized, according to MSNBC, saying, "U R right! Someone said I was dissed...I've been dissed b4, but instead of finding out I just got defensive! I should know better."

Since the online argument, all parties involved have deleted the tweets.