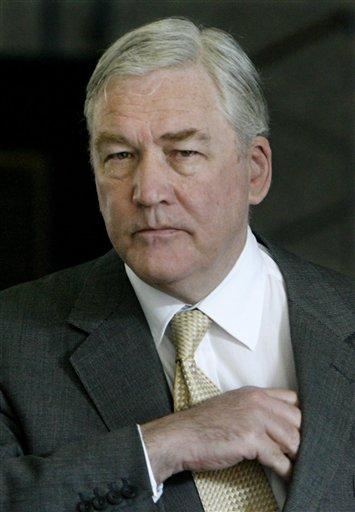 Vice President Dick Cheney's utilitarian hooded parka and boots stood out amid the solemn formality of a ceremony commemorating the liberation of Nazi death camps, raising eyebrows among the fashion-conscious.

Cheney replaced the zipped-to-the-neck green parka he sported in Thursday's blowing snow and freezing wind with a more traditional black coat — red tie and gray scarf showing underneath — for his tour of Auschwitz on Friday.

"Cheney stood out in a sea of black-coated world leaders because he was wearing an olive drab parka with a fur-trimmed hood," Givhan wrote in Friday's Post, also mocking Cheney's knit ski cap embroidered with the words "Staff 2001" and his brown, lace-up hiking boots. "The vice president looked like an awkward child amid the well-dressed adults," she said