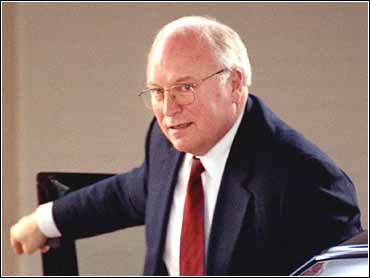 Questions about GOP vice-presidential candidate Dick Cheney's health and finances are receiving increased attention. Cheney was still a young man when his heart troubles began, but experts say he has apparently been in good health since he suffered three mild heart attacks and then cardiac surgery 12 years ago.

Cheney recovered well enough to take on demanding jobs, both in government and out. He served as President George Bush's secretary of defense for four years. After Bush left office, Cheney became CEO of a major oil services firm, Halliburton Co. of Dallas.

"Statistically, he is at much higher risk than the average 59-year-old who has never had heart disease," said Dr. Roger S. Blumenthal, director of preventative cardiology at Johns Hopkins University School of Medicine.

But with a good diet, exercise, medication and state-of-the-art medical care, "his prognosis should be very good," said Blumenthal, who based his comments on Cheney's published health history.

Dr. Denton Cooley, head of the Texas Heart Institute in Houston, said in a statement Monday that he reviewed Cheney's cardiac record at the request of Texas Gov. George W. Bush and with Cheney's permission.

"In a recent checkup by Dr. Reiner, he declared that Mr. Cheney is in good health with normal cardiac function," said Cooley's statement.

Blumenthal said the report of normal cardiac function, "means that his heart muscle function is normal and there is no evidence of weakened heart muscle."

"We have a much better idea now of what causes heart disease and ways to stabilize it or reverse it," said Blumenthal. "His prognosis is so much better than it would be even 10 years ago." He said such heart patients can now live long and vigorous lives.

And it seems Cheney may have quite a bit of cash on hand to last him for that long, vigorous life.

In recent dealings, Cheney filed a so-called Form 144 with the Securities and Exchange Commission on May 31 declaring an intent to sell 100,000 shares of stock in Halliburton, the oil services and construction conglomerate that he heads, for an estimated $5.1 million.

"You have an identification with an industry - the oil industry - that's not alwasy popular in America," Oliphant told The Early Show's Jane Clayson.

"Halliburton is a very complicated international company. We're just beginning to learn some things. For example, in the last few years they really tried to get back into Iran."

The SEC requires officers, directors and major shareholders of publicly traded companies to disclose when they buy or sell company stock, so the public can be informed of what company insiders are doing.

Halliburton spokesman Guy Marcus said it is not unusual for "our executives from time to time to exercise their stock options" after serving with the company for a number of years.