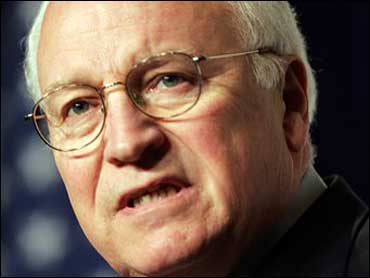 Vice President Dick Cheney accidentally shot and wounded a companion during a weekend quail hunting trip in Texas, spraying the fellow hunter in the face and chest with shotgun pellets.

Harry Whittington, a millionaire attorney from Austin, was in stable condition in the intensive care unit of a Corpus Christi hospital Sunday.

"He is stable and doing well. It was almost like he was spending time with me in my living room," said hospital administrator Peter Banko, who visited Whittington.

Banko didn't say why Whittington was in the intensive care unit.

The accident occurred Saturday at a ranch in south Texas where the vice president and several companions were hunting quail. It was not reported publicly by the vice president's office for nearly 24 hours, and then only after it was reported locally by the Corpus Christi Caller-Times on its Web site Sunday, CBS News correspondent Susan Roberts reports.

Katharine Armstrong, the ranch's owner, said Sunday that Cheney was using a 28-gauge shotgun and that Whittington was about 30 yards away when he was hit. CBS News correspondent Joie Chen reports Whittington, 78, was hit in the cheek, neck and chest.

Each of the hunters was wearing a bright orange vest at the time, Armstrong told reporters at the ranch about 60 miles southwest of Corpus Christi. She said Whittington was "alert and doing fine."

Armstrong told The Associated Press emergency personnel traveling with Cheney tended to Whittington before an ambulance — routinely on call because of the vice president's presence — took him to a hospital in Kingsville. From there, Whittington was flown by helicopter to Corpus Christi, about 40 miles away.

Cheney's spokeswoman, Lea Anne McBride, said the vice president met with Whittington at the hospital on Sunday. Cheney "was pleased to see that he's doing fine and in good spirits," she said.

Armstrong said she was watching from a car while Cheney, Whittington and another hunter got out of the vehicle to shoot at a covey of quail.

Whittington shot a bird and went to retrieve it in the tall grass, while Cheney and the third hunter walked to another spot and discovered a second covey.

Whittington "came up from behind the vice president and the other hunter and didn't signal them or indicate to them or announce himself," Armstrong said.

"The vice president didn't see him," she continued. "The covey flushed and the vice president picked out a bird and was following it and shot. And by god, Harry was in the line of fire and got peppered pretty good."

Whittington has been a private practice attorney in Austin since 1950 and has long been active in Texas Republican politics. He's been appointed to several state boards, including when then-Gov. George W. Bush named him to the Texas Funeral Service Commission.

McBride did not comment about why the vice president's office did not tell reporters about the accident until the next day. She referred the question to Armstrong, who could not be reached again Sunday evening.

Armstrong, owner of the Armstrong Ranch where the accident occurred, said Whittington was bleeding after he was shot and Cheney was very apologetic.

"It broke the skin," she said of the shotgun pellets. "It knocked him silly. But he was fine. He was talking. His eyes were open. It didn't get in his eyes or anything like that.

Cheney is an avid hunter who makes annual trips to South Dakota to hunt pheasants. He also travels frequently to Arkansas to hunt ducks, among other places.

Armstrong said Cheney is a longtime friend who comes to the ranch to hunt about once a year and is "a very safe sportsman." She said Whittington is a regular, too, but she thought it was the first time the two men hunted together.

"This is something that happens from time to time. You know, I've been peppered pretty well myself," said Armstrong.

Chen reports the Armstrong ranch is owned by big Republican contributors who are longtime supporters of President Bush and Cheney. It has been in the influential south Texas family since the turn of the last century. Katharine is the daughter of Tobin Armstrong, a politically connected rancher who has been a guest at the White House and spent 48 years as director of the Texas and Southwestern Cattle Raisers Association. He died in October. Cheney was among the dignitaries who attended his funeral.

Cheney was legally hunting with a license he purchased in November, Texas Parks and Wildlife Department spokesman Steve Lightfoot said. The vice president flew back to Washington on Sunday evening, according to his office.