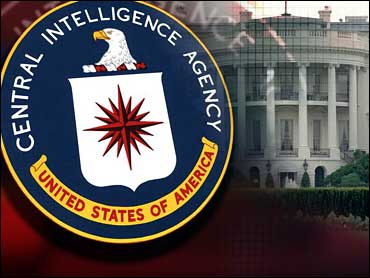 Vice President Dick Cheney was recently interviewed by federal prosecutors who asked whether he knew of anyone at the White House who had improperly disclosed the identity of an undercover C.I.A. officer, The New York Times reports in its Saturday editions, citing people who have been involved in official discussions about the case.

"Cheney was also asked about conversations with senior aides, including his chief of staff, I. Lewis Libby, according to people officially informed about the case," the Times says. "In addition, those people said, Mr. Cheney was asked whether he knew of any concerted effort by White House aides to name the officer. It was not clear how Mr. Cheney responded to the prosecutors' questions."

The interview of the vice president was part of a grand jury investigation into whether anyone at the White House violated a federal law that makes it a crime to divulge the name of an undercover officer intentionally, the newspaper explains.

Cheney is not thought to be a focus of the inquiry, which is headed by Patrick J. Fitzgerald, the United States attorney in Chicago, the Times points out. Fitzgerald was appointed by the Justice Department as a special counsel in the case.

White House officials have denied that any senior aides disclosed the name of the officer, Valerie Plame, to Robert Novak, who wrote in his syndicated column in July 2003 that Ms. Plame, the wife of former Ambassador Joseph C. Wilson IV, was an employee of the Central Intelligence Agency, the Times adds.

"It is not clear when or where Mr. Cheney was interviewed," the Times continued, "but he was not questioned under oath and he has not been asked to appear before the grand jury, people officially informed about the case said. His willingness to answer questions was voluntary and apparently followed Mr. Bush's repeated instructions to aides to cooperate with the investigation."

Mr. Bush has acknowledged that he had met with a Washington criminal lawyer, Jim Sharp, about the possibility that prosecutors might want to interview him about the case. So far, the White House has made no mention of Cheney's interview or whether it influenced the president's decision to meet with Sharp, the Times notes.

Mr. Bush is not thought to be a focus of the grand jury inquiry, the Times says. On Thursday, Mr. Bush said he did not object to the prosecutors' inquiry.

The decision by Mr. Bush and Cheney to seek private legal counsel is routine for high-level officials when they become involved, even tangentially, in legal issues unrelated to their official duties, the Times observed.