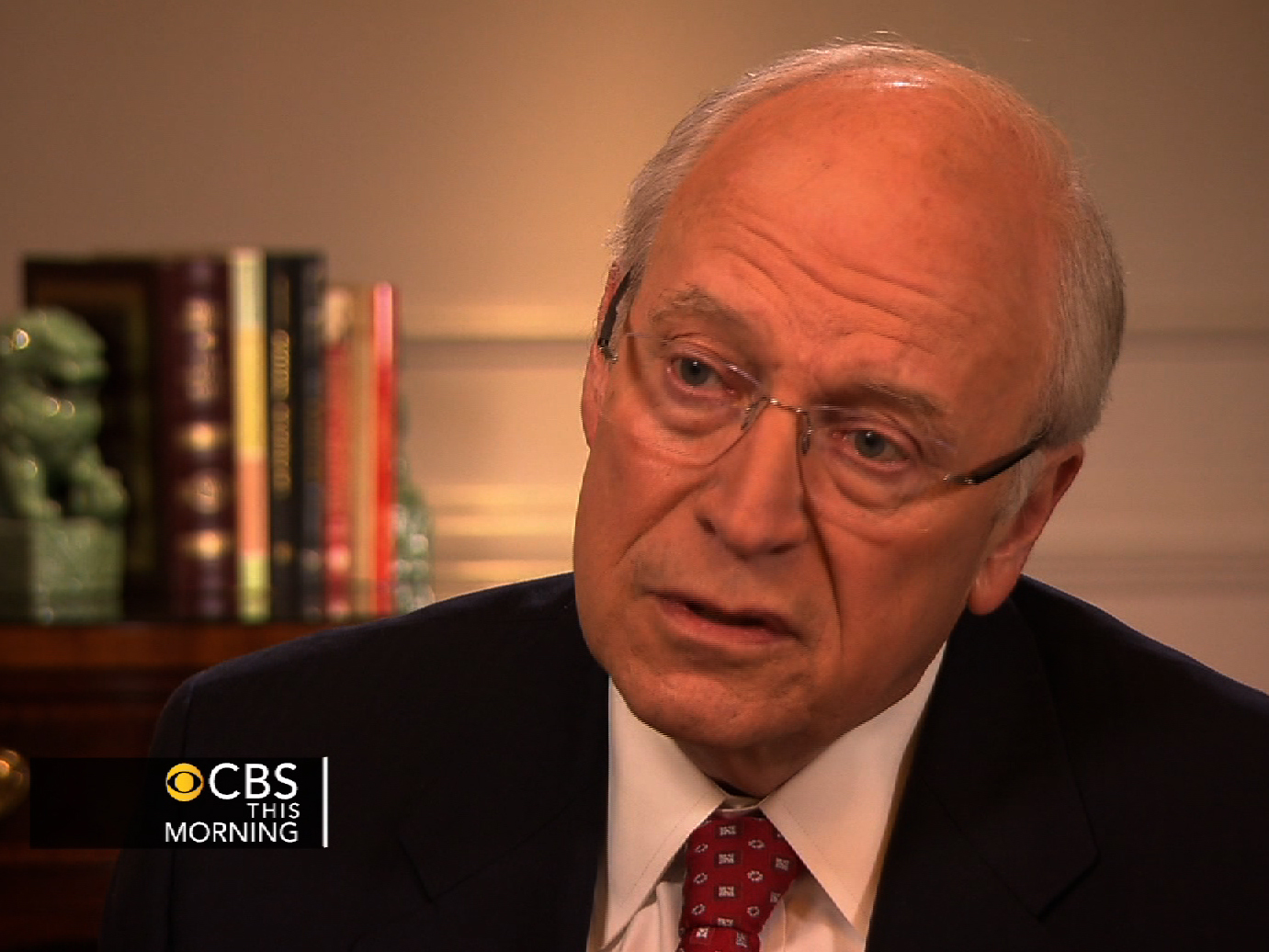 "With respect to Chuck Hagel and [John] Brennan ... just in the last week, their performance in front of the committees that have to confirm them has been pretty poor," he said. "And that's, you know, not my judgment. That's the judgment, as well, of senators on both sides of the aisle."

Cheney stood by his comments that Obama's choices would make for a "second rate" national security team.

"I'm very, very concerned about what I see happening in the national security arena," he said. I think the administration's policies are terribly flawed. I think the president's performance, by my standards, in the international arena, the Middle East and so forth, is worse than many of my friends and colleagues deem his domestic policies."

Cheney insists that Obama's worldview and foreign policy is making the U.S. "vulnerable to the future."

And while Cheney voiced support for Obama's use of drones -- calling it a "good program" -- he said the president's national security nominees reflect "choices ... based on people who won't argue with him" and in the case of Hagel, "I think he wants a Republican to be the foil ... for what he wants to do to the Defense Department, which I think is to do serious, serious damage to our military capabilities."

Turning to a controversial policy of the George W. Bush administration, Cheney defended the use of enhanced interrogation techniques, saying that officials engaged in a "very long, difficult and elaborate process" with the Justice Department to determine "where the red line is."

"And we got approval for the programs that did go, that they were quote 'not torture,'" he said, but added that ultimately the administration stopped the use of waterboarding "because there was so much flak over it."

For more from former Vice President Cheney on his worldview, personal relationship with former President George W. Bush and his own health issues, watch the video above.

Michael B. Jordan says "this is my year" as he makes directorial debut